“I will rejoice when I am at the chessboard”: FIDE confirms the end of Karjakin’s disqualification

Russian chess player Sergei Karyakin has served a six-month suspension and can now take part in international competitions, the FIDE press service said. The grandmaster himself reacted with restraint to this news and admitted that he would be happy when he finds himself at the same table with an opponent from another country. The chess player also has one more principled position that may prevent his long-awaited return to tournaments: he intends to play only under the Russian flag. 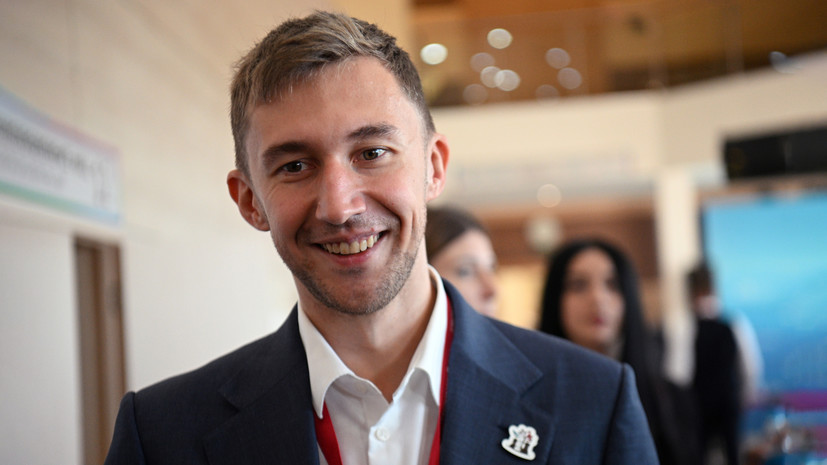 Grandmaster Sergey Karyakin has served a six-month suspension and can compete in competitions under the auspices of the International Chess Federation (FIDE), the press service of the organization reported on Thursday, September 22.

The Russian was punished for supporting a special military operation in Ukraine in an open letter at the end of February and then publicly expressing his political position.

Due to the suspension, he missed the Candidates Tournament in Madrid, which was eventually won by his compatriot Ian Nepomniachtchi.

Karjakin himself was surprised by FIDE's decision to allow him to compete, because after the disqualification decision was made, he did not change his behavior and continued to speak out quite actively about the situation in the world.

At the same time, criticism from his side followed the address of the international federation.

Sergey even offered to create an alternative organization, but the idea was not supported.

“On the one hand, the news is positive, on the other hand, I don’t feel any euphoria.

I have not changed my point of view: I support Russia, the leadership of my country.

If I have already been banned for this, then where is the guarantee that the Western chess world will not again put pressure on the FIDE leadership and I will not be given the next disqualification?

This question will hang in the air, ”Match TV quotes the words of the grandmaster.

However, even with permission from the international federation, not all Russian tournaments will be happy to see.

According to Karjakin, all private competitions held in Europe are closed to him.

“None of the organizers will invite me, knowing my position.

If we talk about events under the auspices of FIDE, where will they be held?

If in unfriendly countries, then for obvious reasons it is impossible to go there.

If it is friendly, then there is something to talk about, ”added the chess player.

Another point that worries Sergey is the conditions for admission to tournaments.

Now domestic chess players participate in international competitions under the FIDE flag, and the national team is still suspended.

Karjakin has a principled position on this matter.

“I will perform only under the Russian flag!

And if they don’t let them in, then, in fact, the disqualification will not end,” the grandmaster said in a conversation with the “Championship”.

As RIA Novosti was informed in the FIDE legal department, the situation with the symbols remains twofold.

In the ranking of the international federation, an athlete can safely use the tricolor, but not in tournaments.

“In the World Cup cycle, the Russian flag is banned until the end of this year.

But the organizers of a particular private competition have the right to require a participant to agree to compete under the FIDE flag,” the organization noted.

Therefore, while Karjakin prefers to pause and understand how events will develop further.

“I will rejoice when I take part in the tournament not in words, but in deeds, at the chessboard against an opponent from another country.

I do not deny that I wanted to play at the World Rapid and Blitz Championship at the end of this year or at the World Cup next season,” the grandmaster added.

At the same time, according to the 12th world chess champion Anatoly Karpov, FIDE should allow Karjakin to the next Candidates Tournament.

“It's great that the suspension is over and he can participate in tournaments.

His disqualification was a complete disgrace, FIDE had no right to deprive him of the opportunity to play in the qualifying round of the Candidates Tournament.

I think that FIDE should rehabilitate itself, if it can, and give Sergey a wild card for the upcoming tournament - this is not a complete rehabilitation, but it would be partial, ”TASS specialist quotes.

It should be noted that in early August, Arkady Dvorkovich was re-elected to the post of head of FIDE, defeating the Ukrainian candidate Andrei Barishpolets.

And the first vice-president of the organization was the Indian Viswanathan Anand, who enjoys great authority in the chess world and at the same time has never been involved in politics.

Grandmaster Sergei Shipov then expressed the opinion that this decision of the FIDE conference showed the attitude of the majority of countries that chose the path of peace instead of further struggle with Russia.

“The overwhelming majority in the votes for Dvorkovich was provided by states that are not involved in the conflict over Ukraine.

It is easy to guess that for 16 votes they supported the opponent of the Russian, who built his game exclusively on political slogans and Russophobia.

But the rest of the world is much larger than the NATO countries and those adjacent to them.

Obviously, they need a positive chess agenda, not a confrontation.

That is, the peace party turned out to be much more massive, and it won, ”Shipov said in an interview with RT.

Thus, it is possible that Karjakin's fears about the future are partly unfounded.

After all, the completion of his disqualification can be seen as another small step towards lifting sanctions on Russian sports.