Linn Sömskar cuts back on the number of races - studies come first: "The goal is to pass the course"

Last weekend, Linn Sömskar secured his second straight overall victory in the World Cup in roller skiing. Now the skier is recharging for the winter and the long-distance cup - but it will be a season with fewer races and a different focus for the new student. - The goal is to pass the course, says Sömskar to SVT Sport. 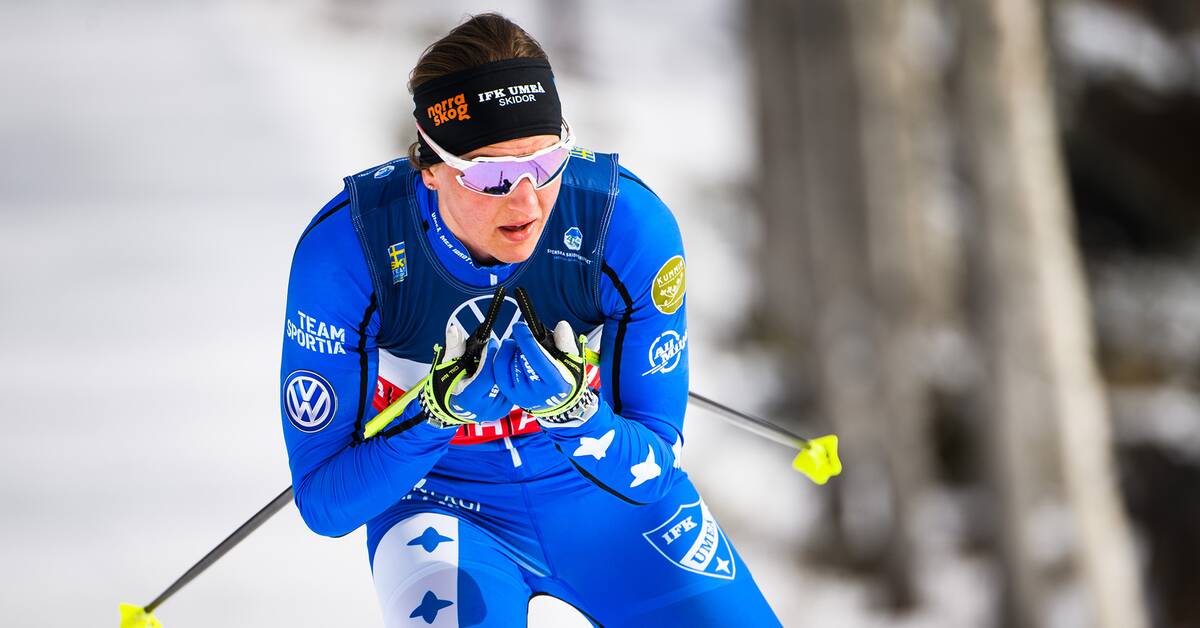 In March 2020, Linn Sömskar, who has two third places in the sprint relay, did her last race in the World Cup.

Later that spring, it was announced that the 33-year-old is changing direction from sprints to long-distance running.

Next season will be her third in the Ski Classics long-distance cup, but it will be different.

The Swede has left Team Eksjöhus for Team Engcon - she has also started studying at the physiotherapist program at Umeå University.

When SVT Sport catches up with her, she has just left a lecture.

- Now the focus is on the osteology of the torso, we have gone through bones, joints and ligaments, says Sömskar and continues:

- It was very difficult in the beginning, now it's starting to feel a little calmer.

Very new and interesting too, you try to see it in the long term.

"Great not to feel the stress"

At Umeå University, since a couple of years ago it has been possible to study as a so-called elite sports student, which means, among other things, that the student has the opportunity to study at half speed, move exams or write exams in another location.

That arrangement - and the support from the new team - makes it possible for Sömskar to continue his career as a long-distance skier at the same time.

- It means a lot that they are just happy that I want to join.

But it's clear that it's very nice to feel the freedom that it's okay on their part that, for example, I'm not at camp because it's something compulsory at school.

It's great not having to feel that stress.

Last year Sömskar ran nine races in Ski Classics, so there won't be that many this season because studies come first.

A decision respected by the team.

"The goal is to pass the course"

- I'm thinking of just driving a few, which I think is fun.

I'm not alone in the team about studying, I've been open about that too and my thoughts about the races.

- They are happy that I want to go for them, but they probably want me to be there as much as possible.

What is your goal this season?

- The goal is to pass the program.

I have no performance goals, I mostly want to ride because I think it's fun.

After all, I have done it for half my life and enjoy it very much.