Korean YouTuber beaten by Greek hooligans... Even the Greeks were angry.

A Korean YouTuber who visited Athens to cheer for the Olympiacos game in Greece, to which In-beom Hwang belongs, has been beaten. On the 16th, a short video and article spread on Twitter saying, "A group of hooligans assaulted a Korean YouTuber outside the Karaiskakis Stadium just before the match against Freiburg." 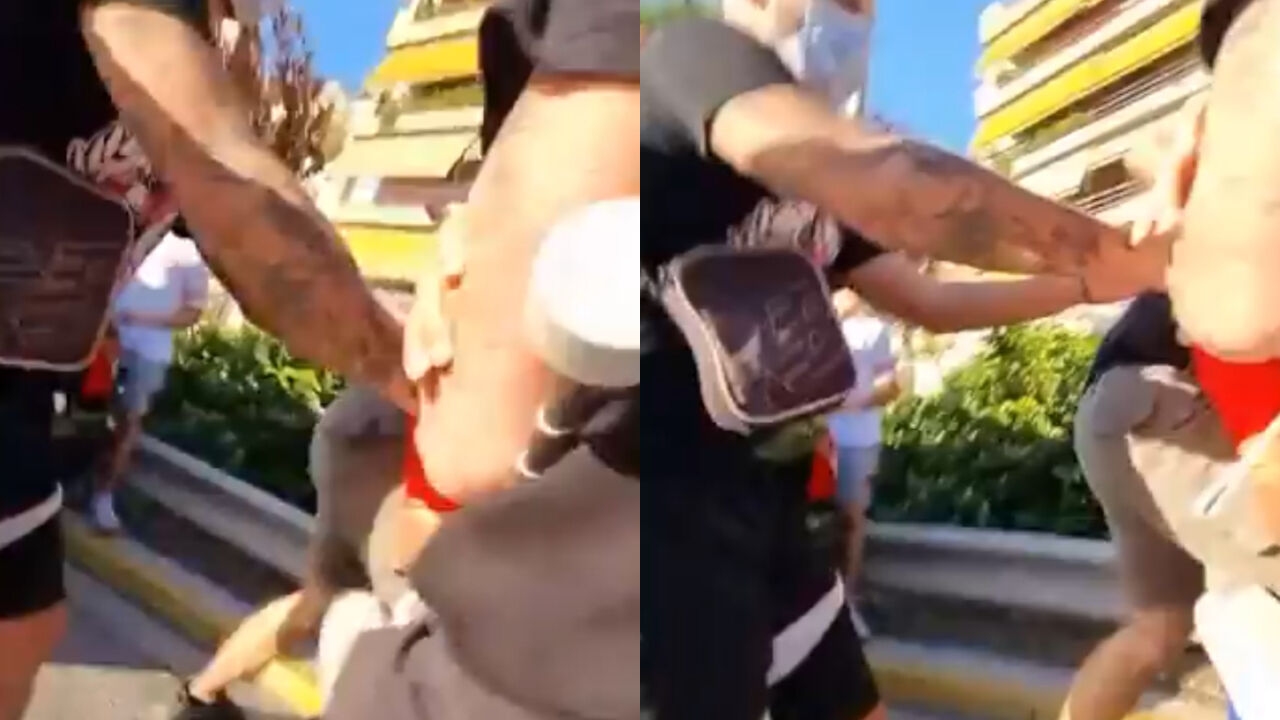 A Korean YouTuber who visited Athens to cheer for the Olympiacos game in Greece, where Hwang In-beom (26) and Hwang Ui-jo (30) belonged, was beaten.

On the 16th, a short video and article spread on Twitter saying, "A group of hooligans assaulted a Korean YouTuber outside the Karaiskakis Stadium just before the match against Freiburg."

The video said, "If you give a lot of support and interest, players Hwang Ui-jo and Hwang In-beom will be of strength to you." The daily life of an ordinary soccer fan walking down the street unfolds, and then he catches his breath with an urgent sound of "Let go! Let go!" Panting and running away is included.

The person who was assaulted was a Korean YouTuber 'Seba', who runs the YouTube 'Buona Seba' channel, and it is known that he was caught wearing a Taegeukgi around his neck and filming the outside of the stadium on that day.

He said, "I have a bruise on my forehead and a slight tear on the top of my eye, but it's okay.

Then, "I should have been a little more careful, but I'm ashamed and sorry that I didn't. 10 years of experience as a guide is nothing," he said. "I don't really know the world.

Greek media 'On Sports' released the video at once and said, "A Korean YouTuber was attacked by a group of fans ahead of the Olympiacos and Freiburg match." They attacked Koreans who came to

The media lamented, "This Korean wearing an Olympiacos uniform and Taegeukgi was walking around the stadium, and some Olympiacos fans grabbed cell phones, cameras and bags and beat and robbed them."

The Greeks who heard the news responded, "Don't wrap it up. We must find the culprit", "The Olympiacos and UEFA must solve this problem immediately" and "It is a matter of the reputation of the team and the country".

Meanwhile, Greece is suffering from 'hooligans', extremist football fans who riot on the football field.

In 2020, about 20 Greeks gang-attacked three Bulgarians who came to support the expedition, and a Bulgarian who fell on a nearby road was hit and killed by a vehicle.