“This is everyone's choice”: what is known about the possible transition of biathlete Virolainen to the Finnish national team

Russian biathlete Daria Virolainen may move to the Finnish national team. Her mother, three-time Olympic champion Anfisa Reztsova, said that the issue was being worked out, but confirmed that her daughter had such an idea. The former coach of the athlete Leonid Myakishev said that she had been living in Finland for a long time with her family and had a passport of this country. According to Anna Bogaliy, an experienced athlete could well help the Russian national team, and Dmitry Vasiliev, on the contrary, believes that her departure will not be a loss for the national team. 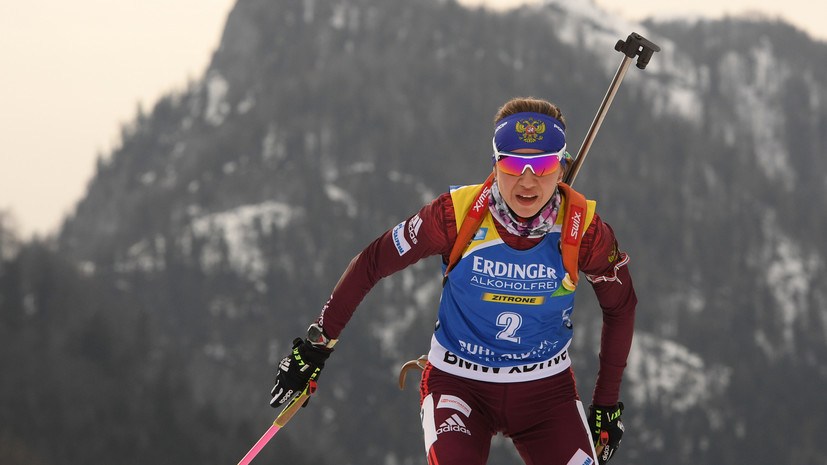 “Speaking for another national team, how will you feel?”

The topic of changing citizenship by Russian athletes has recently become quite relevant.

The ban on participation in international competitions provokes some athletes to move to other teams.

However, this practically did not affect biathlon.

One of the first to take such a step may be 33-year-old Daria Virolainen.

According to her former coach Leonid Myakishev, the athlete has been living in Finland for a long time with her family and has already received a passport from this country, and therefore speaking for a new team will not be associated with serious bureaucratic difficulties for her.

“If she has strength left, she will play for this team starting from the new season.

Dasha had a baby this year, so she didn't train.

Of course, she still has the opportunity to run around ... There is simply no team as such.

At one time there was Kaisa Mäkäräinen and two or three people.

The fact is that the state does not support athletes, they survive on their own.

They earn money themselves, they spend it themselves, like, for example, Nastya Kuzmina in Slovakia, ”Match TV specialist quotes.

Following the information was confirmed by the mother of the athlete Anfisa Reztsova.

She stated that the issue is under study, but her daughter has thoughts about playing for the Suomi team.

However, later the three-time Olympic champion emphasized that the final decision had not yet been made.

“If we are allowed to enter the international arena in winter, for example, at the suggestion of the Norwegian skier Johannes Klebo, she, of course, will run here with her sister for Russia,” TASS quotes Reztsova.

The Russian Biathlon Union (RBU), according to the head of the press service of the federation, Sergei Averyanov, has not yet received relevant requests from Virolainen.

But the former head of the RRF, Vladimir Drachev, spoke extremely harshly about the athlete’s desire to represent Finland.

He called her possible transfer to another national team a betrayal and an unacceptable act.

“What the athletes will do is on their conscience... When it was possible to freely negotiate with the federations, ten or 15 years ago, they moved to look and look for themselves for various reasons.

But now it is viewed differently.

Playing for another national team, how will you feel?

I consider this unacceptable for any kind, for any athletes - young, graduating, well-deserved, ”Drachev said in a comment to Gazeta.Ru.

Medals at the World Cup and going on maternity leave

Virolainen has already started at the Finnish Summer Biathlon Championships.

In the individual race, she finished second with four penalties, only behind Heidi Kuuttinen.

One way or another, the possible departure of the 33-year-old athlete can hardly be called a loss for the Russian team now, although in the mid-2010s she showed good results and was one of the leaders of the team.

Twice she managed to climb the podium in individual KM races: in the sprint in Pokljuka in 2014 and in the pursuit in Antholz in 2015.

And at the end of the 2014/15 season, she got into the top 20 of the overall standings, taking 16th place in it, and of her compatriots, only Ekaterina Glazyrina, who became 13th, was ahead.

In 2018, she put her career on hold due to pregnancy and missed the next season.

In March 2019, Daria gave birth to her second son, Alex-Christian.

Only the following year, an experienced athlete got into the reserve team of Russia, but she trained separately.

At the same time, she emphasized that she intended to continue performing, however, she limited herself to participation in the stages of the Russian Cup, but she did not show high results there either.

And in the fall of 2021, it became known that the Russian woman was expecting her third child, who was born in February.

At the same time, Virolainen had before her eyes the example of her younger sister Kristina Reztsova, who, having missed the season due to the decree, returned much stronger and quickly became the leader of the Russian team.

At the stages of the last season of the Planet Cup, she won five medals, and then successfully performed at the Olympic Games in Beijing, taking bronze in the mixed relay and silver in the women's relay.

"Running back and forth doesn't make any sense"

According to two-time Olympic champion Anna Bogaliy, Daria is quite capable of returning to her previous level and helping the national team.

She noted that pregnancy sometimes affects the body of athletes only positively, and advised to pay attention to the results of Reztsova Jr.

“The Reztsovs are generally strong girls.

We remember how Kristina added step by step last season, and then delighted us at the Beijing Olympics.

I am also confident in Dasha's progress, since we performed together with her.

Another thing is that we do not understand how it will be better for her.

Still, remaining in Russia, she will lose the opportunity for an indefinite time to participate in international competitions.

Making decisions for someone else is wrong,” Bogaliy stressed.

In turn, the two-time Olympic champion Dmitry Vasiliev did not see anything terrible in the possible departure of Virolainen.

“I wouldn't call it a loss.

Still, Dasha has not performed at a high level for a long time, and it is not so easy to reach the speeds of the world biathlon.

God forbid that she succeeded, but I'm not sure.

It remains only to wish her success.

Apparently, the transition to the Finnish national team is the best option for her, if she has an appropriate passport.

I don't see anything wrong with that.

Virolainen should not be condemned in any way.

This is the choice of each person, and it is rather ethical.

It is up to her to decide whether it is right or not to do so when Finland gradually becomes an enemy of Russia, ”complained Vasiliev.

At the same time, both experts agreed that, in general, the change of sports citizenship by domestic athletes now does not make any sense.

So, according to Bogaliy, all conditions are created for biathletes inside the country so that they can compete at the highest level.

“Everyone has their own life and career.

A person has the right to choose for himself what is more convenient and comfortable for him.

Therefore, I would not give critical assessments and urge everyone to stay in Russia.

But if a person is devoted to the country, he does not think differently.

Now there is an opportunity to prove themselves in domestic tournaments.

In biathlon, everyone stays at home and competes with the Belarusian national team.

Before that, no one came to the stages of the Russian Cup, but now the strongest run there.

There will be both the first team and the nearest reserve.

The championship of the country will also turn out to be extremely interesting, ”she emphasized.

Vasilyev, on the other hand, suggested that Russians who decided to move to other teams would have to face prejudice against themselves and psychological pressure.

“What is the point of listening to insults behind your back?

It's better to stay at home.

And when the global political situation changes in our direction, then the sport will return to normal.

In this situation, running back and forth does not make any sense, ”he concluded.