Tour of Spain: favourites, route... What you need to know before the start of the Vuelta

The Tour of Spain, also called the Vuelta, starts this Friday from Utrecht in the Netherlands for a scheduled arrival in Madrid on September 11. If the French world champion Julian&nbsp;Alaphilippe, back after his fall, will aim for a stage victory, the Slovenian Primoz Roglic is the big favorite. 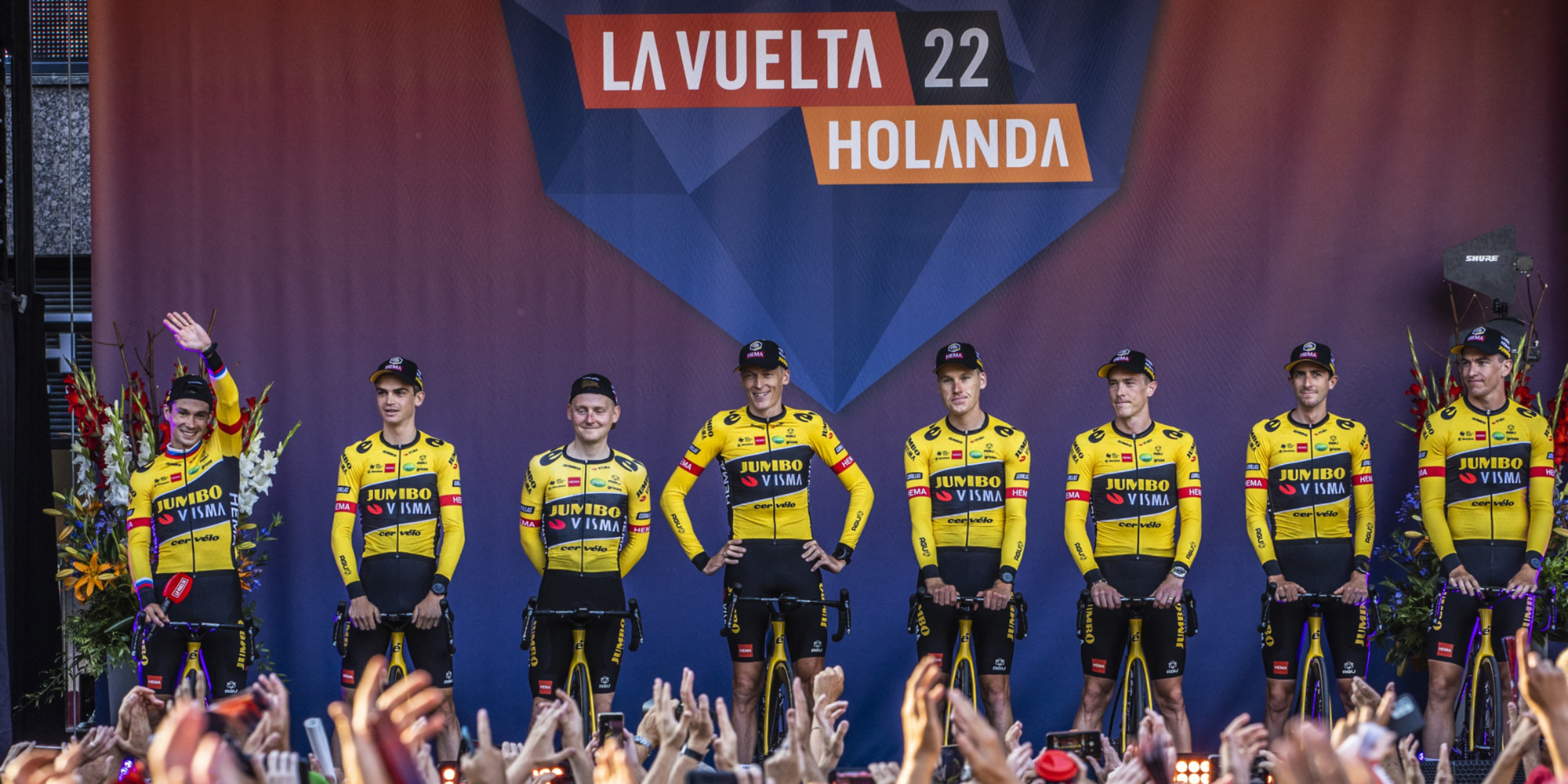 The Tour of Spain, also called the Vuelta, starts this Friday from Utrecht in the Netherlands for a scheduled arrival in Madrid on September 11.

If the French world champion Julian Alaphilippe, back after his fall, will aim for a stage victory, the Slovenian Primoz Roglic is the big favorite.

On the march for history: Slovenian Primoz Roglic can make history in the Tour of Spain, which starts Friday from Utrecht, in the Netherlands, by becoming the first rider to win the Vuelta four times in a row , while the Spanish veteran Alejandro Valverde will play his last Grand Tour there.

Long uncertain after his retirement from the Tour de France, Roglic, 32, reassured the public on Monday by confirming his participation in the Vuelta with the Jumbo-Visma.

Is the way clear for Roglic?

However, the form of the three-time defending champion is uncertain after a month and a half without competition.

"Obviously he didn't have the best preparation," admitted his sporting director, Merjin Zeeman.

In the event of a final victory in Madrid on September 11, Roglic would equal the record of the Spaniard Roberto Heras, winner in 2000, 2003, 2004 and 2005. To aim for this quadruple, he will be surrounded by solid teammates, as in the Tour de France on last month, notably with the American Sepp Kuss.

In this Vuelta, in the absence of the "duo of July" Jonas Vingegaard-Tadej Pogacar, the threat for Roglic should come mainly from the Briton Simon Yates (BikeExchange), the Spaniards Enric Mas (Movistar) and Mikel Landa (Bahrain Victorious), Ecuadorian Richard Carapaz (Ineos) or young Belgian Remco Evenepoel (Quick Step).

The Australian Jai Hindley (Bora) will attempt the Tour of Italy-Tour of Spain double after his victory in the Giro in the spring.

World champion Julian Alaphilippe, above all in the service of Evenepoel, will aim for a stage victory.

A course for climbers

The route of this 77th edition will give pride of place to climbers, with only six plain stages over the 21 days of racing and the discovery of many new passes.

But the chrono specialists will also have the opportunity to express themselves, with in particular a team time trial from the first stage on Friday and an individual during the 10th stage.

Two years after missing their appointment with the Vuelta due to the Covid-19 pandemic, the Netherlands will finally host the first three stages.

And Utrecht will become the first city in the world to have hosted the start of the three Grand Tours (Italy 2010, France 2015 and therefore Spain 2022).

The peloton will then rally the Basque Country and Bilbao, which will kick off the Tour de France 2023.

Among them, a daunting 15th, with 4000 meters of elevation gain in the Sierra Nevada, in Andalusia.

A course well known to Alejandro Valverde, who climbed it during the 2017 edition. At 42, the Spanish veteran of the world circuit is competing in his last Grand Tour at home.

The Movistar Murcian will end a 21-year professional career at the end of the season.

The 2018 world champion skipped the Tour de France in July to prepare for the Vuelta.

Quintana forfeits after his medical offense

Nairo Quintana, winner in 2016, will not be present at the start of Utrecht.

Disqualified from the Tour on Wednesday for "medical infraction", the Colombian announced his package on Thursday explaining that he did not have "the head or the body for the competition".

A check on two blood samples taken during the Grande Boucle revealed the presence of tramadol, a painkiller which is however not on the list of products prohibited by the World Anti-Doping Agency (WADA).

Allowed to continue to line up in competition, Quintana "prefers (however) to stay at home".