Swedish JVM star: "We are underdogs"

Tonight, Swedish time, the Junior crowns play the semi-final against rival Finland in the JVM. Then Fabian Lysell puts the Finns as favourites. - I think we are underdogs in this match, says the 19-year-old forward to SVT Sport. 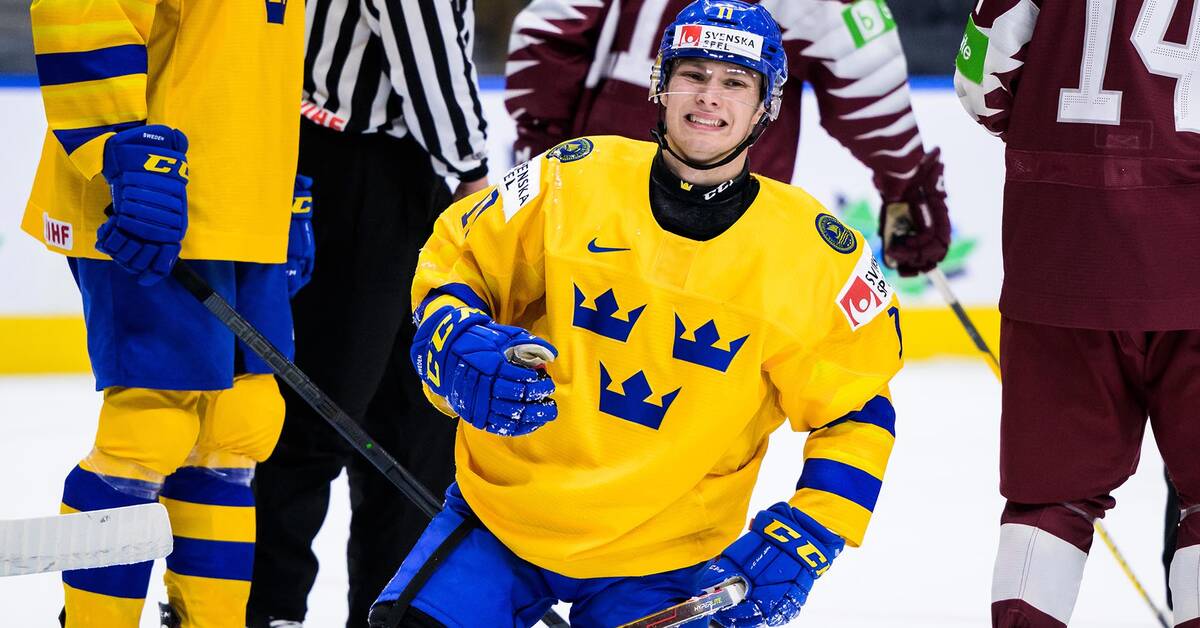 Fabian Lysell has scored five points in five games in the JVM.

Ahead of the semi-finals, he is second best in Sweden with that rating.

Now he is looking forward to rising when the medal matches are to be played.

- We are not satisfied yet.

We have a lot left to give and this semi-final is going to be bloody fun.

The Swedish scoring league is topped by defender and team captain Emil Andrae.

- He has had a very good tournament, Emil.

It's something we can be spurred on by and hopefully we can hang on and do the same, says Lysell.

Finland has impressed in the tournament, while Sweden had to fight to defeat Latvia in the quarter-finals.

- I think we are underdogs in this match.

Finland-Sweden is one of the most fun matches you can play.

I think they will be super excited and I know we will be even more excited, says Lysell.

Although Sweden lost the last time they met the Junior Lions, Lysell believes that the opposition suits them.

- We met them in the pre-tournament.

Then I thought it was pretty even and it felt like they fit us.

Now we still got to play a few games and we have everything to win.

Highlights from the match between Sweden and Latvia in the Men's Junior WC.