“A gross violation of WADA standards”: for which Norway can be removed from international competitions

The Norwegian Anti-Doping Agency may be stripped of their WADA Compliance status for informing a certain category of athletes about a doping control. Under local law, athletes between the ages of 15 and 18 are not allowed to undergo a procedure without parental consent, which means they know about all upcoming procedures, which violates the anti-doping code. Nils Einar Aas, Secretary General of the country's NOC, believes that if the problem is not resolved, the country will lose the opportunity to host major tournaments and enter athletes for the Olympic Games. According to the former head of RUSADA Yuri Ganus, this is a very serious violation. The specialist suggested that if the Scandinavians do not quickly eliminate it, they may be subject to serious sanctions. 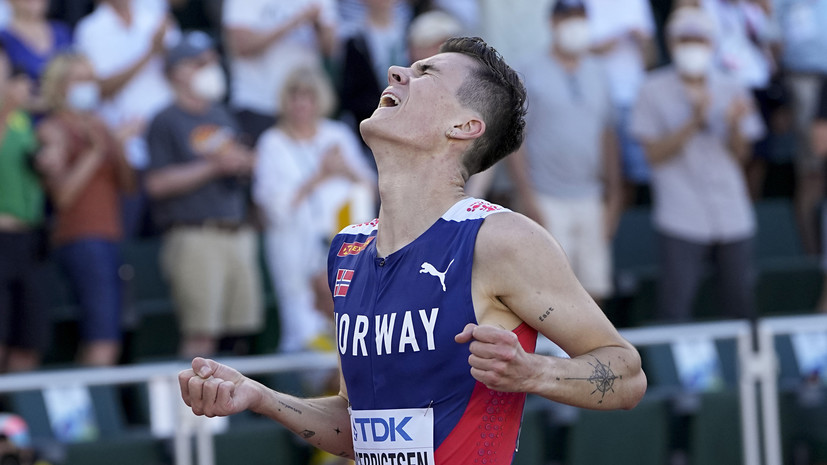 "We don't want a sport that allows minors to dope"

Norwegian sports may face serious problems in the near future and be subject to harsh sanctions.

The reason lies in one of the norms of local legislation, which is contrary to the rules of WADA.

According to it, athletes between the ages of 15 and 18 are not allowed to undergo doping testing without parental consent.

According to NRK, over the past two years, underage athletes in the country knew about all the upcoming procedures, and this is a flagrant violation of the WADA Code.

Thus, the Norwegian Anti-Doping Agency (ADNO) did not actually fulfill its obligations.

In this regard, Norway sounded the alarm.

They believe that the current state of affairs threatens the sports isolation of the country.

Allegedly, already in 2023, WADA may revoke the compliance status from ADNO, which will lead to large-scale restrictions.

In particular, according to the head of ADNO Anders Solheim, Norway will lose the opportunity to host international competitions, including the World and European Championships, the Olympic and Paralympic Games.

“We don't want a sport that allows minors to dope and not be tested for drugs.

This will provide an opportunity to fraudulently obtain an unfair advantage, ”the functionary emphasized in an interview with NRK.

In 2023 and 2025, the country should host the women's and men's handball championships of the planet, and in 2026 and 2028, the continental championships in this sport.

The president of the Norwegian Handball Association, Kare Geir Lyo, urged the parties to "sit down at the negotiating table and find a solution" in order to prevent the postponement of tournaments.

In the event of an unfavorable development of events, the Norwegian Football Association, which has applied to host the European Women's Championship 2025 together with Denmark, Sweden and Finland, will also suffer.

Moreover, according to the concerns of the Secretary General of the NOC of Norway, Nils Einar Aas, national federations risk losing the right to enter athletes for the Olympics and Paralympics.

To avoid this, he proposed to immediately amend the relevant local legislation.

“We need a legal framework that gives minors the ability to consent to doping tests so that they don’t have to get it from their parents,” Aas explained.

The authorities of the country promptly responded to sports functionaries and promised to return to this issue in the near future.

In particular, the Norwegian Ministry of Culture and Equality emphasized that a possible way out of the situation could be to provide young athletes with the opportunity to give their own approval for doping testing.

Ukraine got into a similar scandal last fall.

WADA, in an investigation called Operation Hercules, accused the country's anti-doping agency of informing athletes about the testing.

Especially often this was done before the start of major tournaments.

The day after the publication of the report, the leadership of the National Anti-Doping Center of Ukraine resigned.

Director of the organization Ivan Kurlishchuk and his deputy Yaroslav Kruchek left their posts.

The Minister of Youth and Sports of Ukraine Vadym Gutzeit then said that the state would immediately and harshly respond to prohibited actions if they were detected.

As a result, Ukraine managed to avoid serious sanctions, and nothing prevented local athletes from taking part in the Beijing Olympics.

In the case of the Norwegians, we are talking about no less serious violations.

According to the former head of RUSADA, Yuri Ganus, the actions of the Scandinavians seriously diverge from the norms and rules of WADA.

“If these facts are confirmed, then this is a very gross violation.

According to anti-doping regulations, no one has the right to notify athletes in advance of testing.

This is the meaning of the procedure, that the sample is taken from persons who are not aware of the date and time of testing.

Its essence lies in anti-doping control, in revealing the facts of violations.

And athletes in this age category (15-18 years old) often play for the first national team of the country.

According to his assumption, the Norwegians, knowing in advance about the visit of doping officers, had the opportunity to calmly remove illegal drugs and traces of their decay from the body.

“In this situation, it does not matter whether we are talking about an adult or not.

The only thing is that young people, minors must be accompanied by a legal representative for sampling, but in no case should he be notified in advance of the planned procedure.

These are general rules for everyone.

ADNO is obliged to implement the WADA norms on the platform of its own legislation.

The World Anti-Doping Agency does not allow originality, ”Ganus added.

In his opinion, WADA in the near future may not only ask the Norwegians to change the law, but also deprive ADNO of the status of compliance until all violations are eliminated.

“If they quickly cope with the task, tougher sanctions can be avoided.

In any case, this is a very serious story, and WADA has every right to withdraw the compliance status.

Everything is individual here.

It is difficult to say what the final decision will be, because we have already witnessed more than once when even the International Sports Arbitration Court issued verdicts that do not always comply with WADA standards.

The legal field in the anti-doping area has become too flexible, and it is required to study all the circumstances of what happened and wait, ”the specialist explained.

At the same time, he stressed that the Norwegian colleagues have always carefully implemented anti-doping legislation, including properly filling out therapeutic exceptions (TUE), for example, for the use of asthma medications.

“Another thing is notifying people about testing.

When I headed RUSADA, in strict accordance with the World Anti-Doping Code, in line with the standards and recommendations of UKAD, which oversees the restoration of RUSADA in the direction of testing, we did everything so that neither athletes, nor their representatives and persons accompanying them would find out about it.

The inspectors, coming to the athletes' homes, even when the intercom was not working, found the opportunity to overcome this obstacle without informing the person.

Here we are talking about prior notification, which is unacceptable, ”Ganus concluded.

In turn, two-time Olympic champion in biathlon Dmitry Vasilyev stressed that he was not surprised by the possible deprivation of the ADNO status, and expressed confidence that the Scandinavians won a significant part of the medals thanks to legal doping.

“They themselves have a stigma in a cannon.

This suggests that the sports management knows that young athletes are on doping programs.

This has not been unusual for a long time.

Of course, I do not believe that they will be removed from the Olympic Movement.

The Norwegians shouted that Russia was the main villain in the field of doping.

Now everyone will turn a blind eye to these violations, and no one will be punished.

The Norwegians will continue to fraudulently take away awards from “clean” athletes, ”Sport-Express quotes Vasiliev.

But the well-known commentator Dmitry Guberniev, on the contrary, suggested concentrating on his own sport, and not watching his neighbors, since even establishing the fact of their violation of the rules will not lead to the admission of Russians to international competitions.

“Against the background of everything that is happening in Russia, and the deprivation of domestic athletes of the opportunity to perform, I absolutely do not care what happens to the Norwegians.

We have to mind our own business and think about how we can not lose the sport.

I am interested in our country, our homeland, not ADNO.

I don't want to think badly about 15-year-old Norwegians, 15-year-old Russians are closer to me.

Yes, young Scandinavians, thanks to the current norms of local legislation, could have time to withdraw illegal drugs.

We are neither hot nor cold.

I propose to deal with your own problems, and not think about what is happening in someone else's garden, ”the journalist said in a conversation with RT.