China and Japan want to host the FIFA Club World Cup... and Al-Ainawiya are waiting.

The Brazilian newspaper "Ole" revealed the day before yesterday that both China and Japan want to host the next FIFA Club World Cup, which will be held between February and March next year, due to the crowded schedule in light of the World Cup being held in Qatar during November and December. 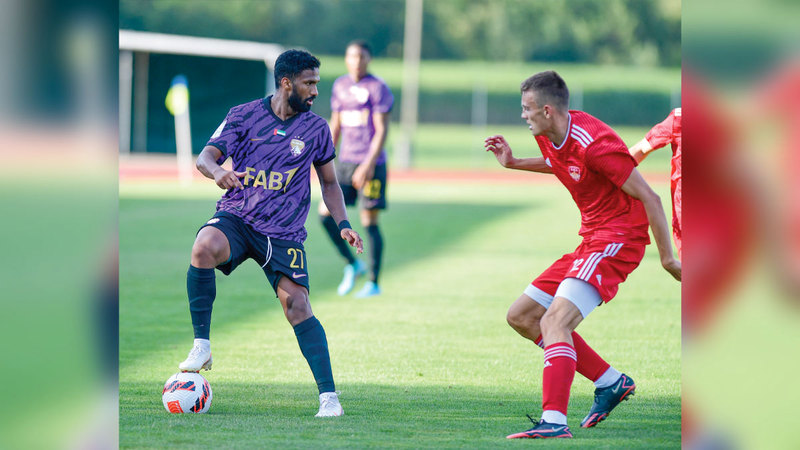 China and Japan want to host the FIFA Club World Cup... and Al-Ainawiya are waiting.

Al Ain won its last friendly match in the Austria camp against Bratislava the day before yesterday, 2-1.

The Brazilian newspaper "Ole" revealed the day before yesterday that both China and Japan wish to host the next FIFA Club World Cup, which will be held between February and March next year, due to the crowded schedule in light of the holding of the World Cup for teams in Qatar during the next November and December. And that the desire of both countries to host the event comes after the decline of the “Covid-19” virus, which caused them to withdraw from organizing the event in an earlier period, at a time when Al Ain fans live in a state of anticipation as he will be the representative of the state in the event that the tournament is hosted in the Emirates for the second year on straight.

The newspaper stated that China was about to host the tournament in 2021, according to the new changes, with the participation of 24 clubs, but the spread of the virus caused a delay in the implementation of the project, which made it express a desire to host the event within the framework of its larger goal of hosting the World Cup in 2034.

The Brazilian newspaper indicated that Japan also offered to host the edition, as it had waived the organization of the last edition in 2021 because the Football Association did not obtain approval from the government at that time on the possibility of fans entering the stadiums due to the epidemic, which caused it to relinquish the hosting under which it was obtained. The UAE had the opportunity to organize the competition last February.

FIFA is facing a difficult situation regarding the establishment of the next edition of the Club World Cup, as it cannot organize it this winter in light of the World Cup being held in Qatar, while its exceptional date in February and March coincides with the holding of the group stage competitions in the European Champions League. Which may affect the participation of Real Madrid, as the European champions, in bypassing the group stage.

Al-Ain coach, Ukrainian, Sergey Rebrov, earlier expressed his happiness with the start of the new season, and the return of the "leader" to participate in the AFC Champions League again and the Club World Cup, stressing that they are very important competitions for the team because he represents the country.

The coach said in statements to the official website of Al Ain Club: "We have to focus now on the league and cup competitions, but when the time for these foreign tournaments approaches, they will be an important event for the fans, and everyone expects these matches to be big and we will work to prepare for them at the time."

It was intended that the world championship would witness changes to its system by raising the number of participants to 24 instead of seven, as eight clubs from Europe, six from South America, three from Africa, and the same from North and Central America, along with two and a half seats for Asian clubs, and half a seat for Oceania. .

But the Corona virus has caused the new changes to be stopped, as it is not clear if they will be made in the next version or not.

On the other hand, Al Ain concluded its friendly matches in its external camp by playing two matches in one day the day before yesterday. The first lost against Austrian Reed, 2-3, and Laba Kodjo scored twice from a penalty kick and Blasius, while the second beat Raka Bratislava of Slovakia with two goals. For one, Ahmed Berman and Blasius scored from a penalty kick.

The "leader" mission is scheduled to return in the coming hours to the country, provided that the players have a short rest before resuming preparations again, according to a program approved by the technical staff, which will witness the team's participation in three friendly matches.