Sweden finished the swimming European Championships in Rome with a gold. The medal was the sixth during the championship and it was the ladies in the 4x100 meter medley that secured it. - It's really good swimming, says SVT Sports expert Lars Frölander. 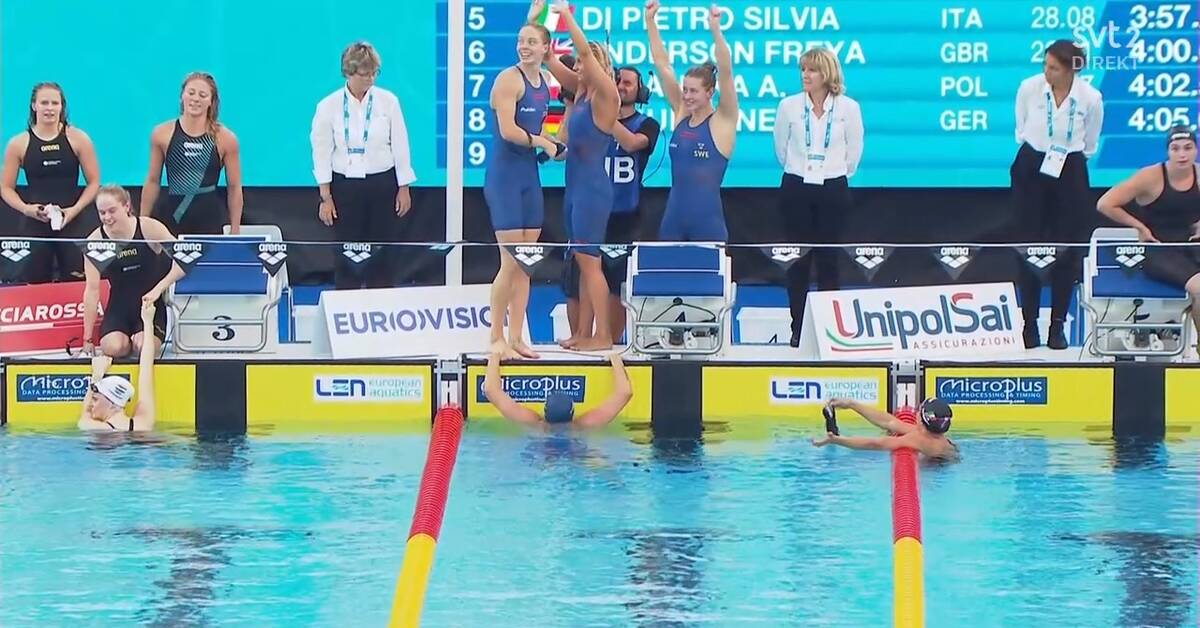 After the first two hurdles, Sweden was 1.5 seconds behind, then Louise Hansson caught up a second in her breaststroke.

Sjöström impressed greatly in the end and Sweden won in a time of 3.55.25.

Sjöström finished with a fantastic time of 52.04.

- What a race she finishes with.

The silver went to France and the bronze to the Netherlands.

The Swedish team's victorious final was one minute and 11 seconds long.

The last time Sweden won the 4x100 meter medley was 22 years ago.

Sweden previously had three golds, one silver and one bronze in EC swimming.

Tonight's medal was the last as the EC ends tonight.

Earlier in the evening, Sophie Hansson was sixth in the 50 meter breaststroke final.