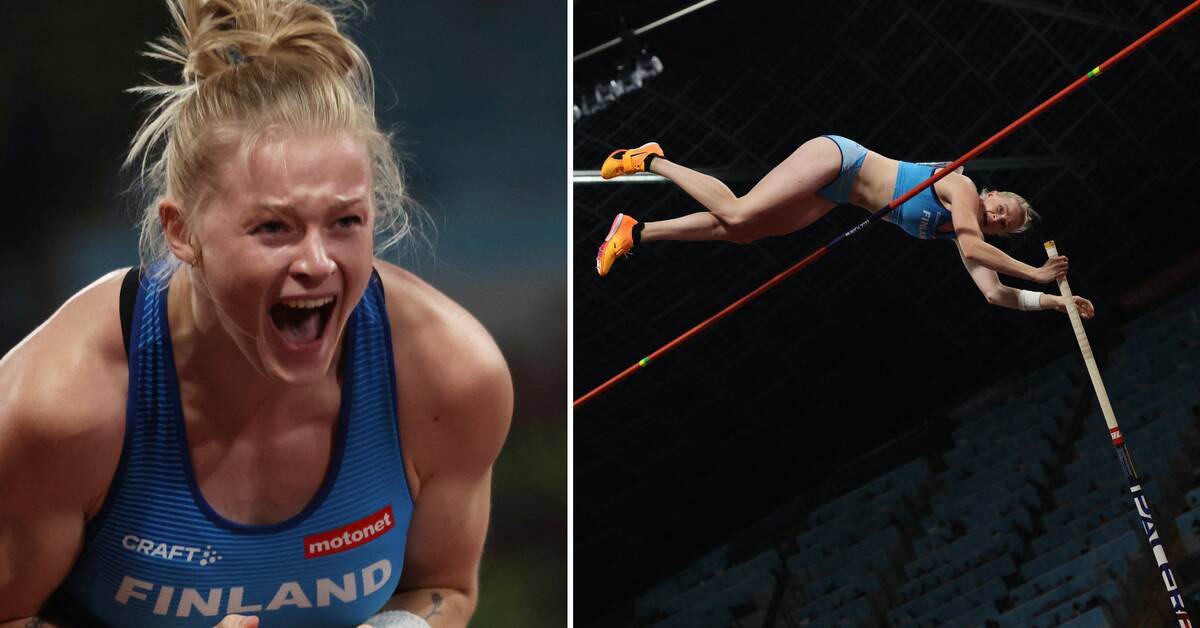 Wilma Murto broke through as a junior star just over five years ago.

In recent years, she has entered the world elite and tonight she was the best in Europe.

The Finn set a personal record, and thus also a Finnish record, by thirteen centimeters when she won European gold ahead of former Olympic champion Katerina Stefanidi of Greece.

Murto surprised everyone when she cleared 4.80 in her first attempt.

Then she forced Stefanidi up to 4.85.

Once the Greek had ripped twice, the blue-white gold was secured.

Murto then also managed 4.85 meters, which is a championship record.

The bronze went to the Slovenian Tina Sutej, who, like Stefanidi, stopped at 4.75 meters.

Murto was sixth at the WC in Eugene earlier this summer.