Daniel Ståhl to the EC final after a discus throw

Daniel Ståhl only needed one try. Then he was ready for the final in the EC discus. - It will be full the day after tomorrow, he says to SVT Sport, referring to the final. 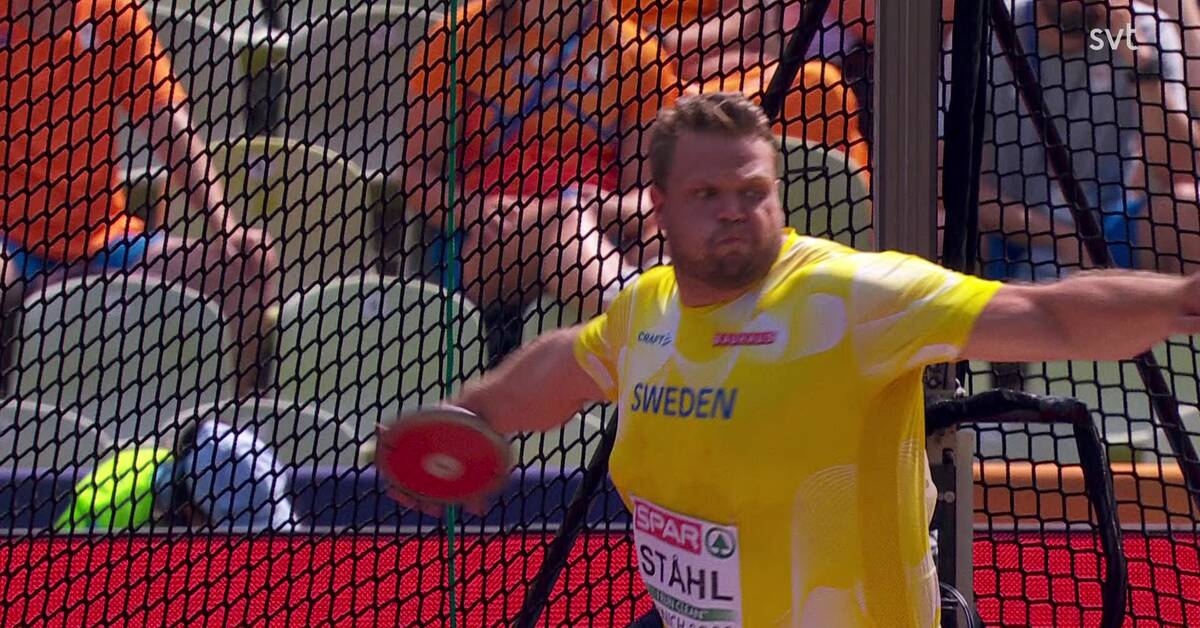 At the WC in Eugene, Daniel Ståhl missed a medal for the first time in six years, when it was "only" 67.10 and a fourth place in the final.

Now, at the European Championships in Munich, he is seeking revenge.

And judging by the qualification, there is a good chance that will be the case.

Already in the first attempt he reached 66.39, which was 39 centimeters above the qualification limit of 66 meters.

- Now it was a completely different Daniel.

It will be full on the day after tomorrow, says Ståhl, who had his own small fan to cool off with on the infield, to SVT Sport.

It's very windy down there, so you have to adapt.

However, Simon Pettersson had to wait until the second qualifying group had finished to know if he could join Ståhl.

It was not a complete hit for Pettersson, 62.39 in the second round was the Olympic silver medalist's only approved throw.

I don't remember what is usually enough, at the WC I would probably have been out of the final with this.

I guess I'll have to go up to the stand and wait, he said.

Pettersson had to hope that a maximum of nine throwers in the second qualifying round threw further than him.

And it didn't happen that way.

Only seven did it, which means that there will be two Swedes in Thursday's final.