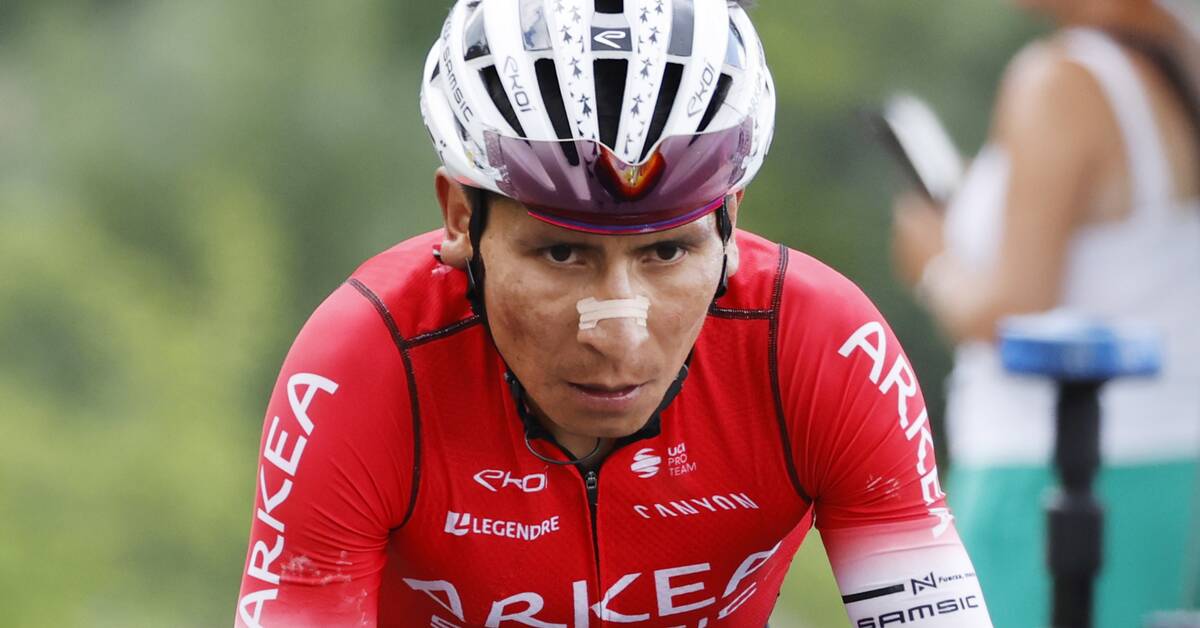 Tests during the Tour de France have shown that the 32-year-old has had traces of the pain-relieving opioid drug Tramadol in his body.

This disqualifies him retroactively from this year's competition, the International Cycling Union (UCI) announces.

Tramadol does not violate the anti-doping rules, writes the UCI, but it has been banned from use in connection with competition since 2019 because of the side effects.

Quintana can appeal to the Court of Arbitration for Sport Cas.

As it is the first time Quintana has been knocked down, he is not banned from future competitions.

On Friday, the next big cycling race starts: the Tour of Spain.

Quintana won the Giro d'Italia in 2014 and the Vuelta a Espana in 2016. He has finished second in the Tour de France on two occasions.