The eternal unknown of Asensio: without minutes, with Mendes at his side and far from the World Cup

At the end of last April, Jorge Mendes took over the reins of Marco Asensio's career. An important change in a key vital moment for the Mallorcan, who at 26... 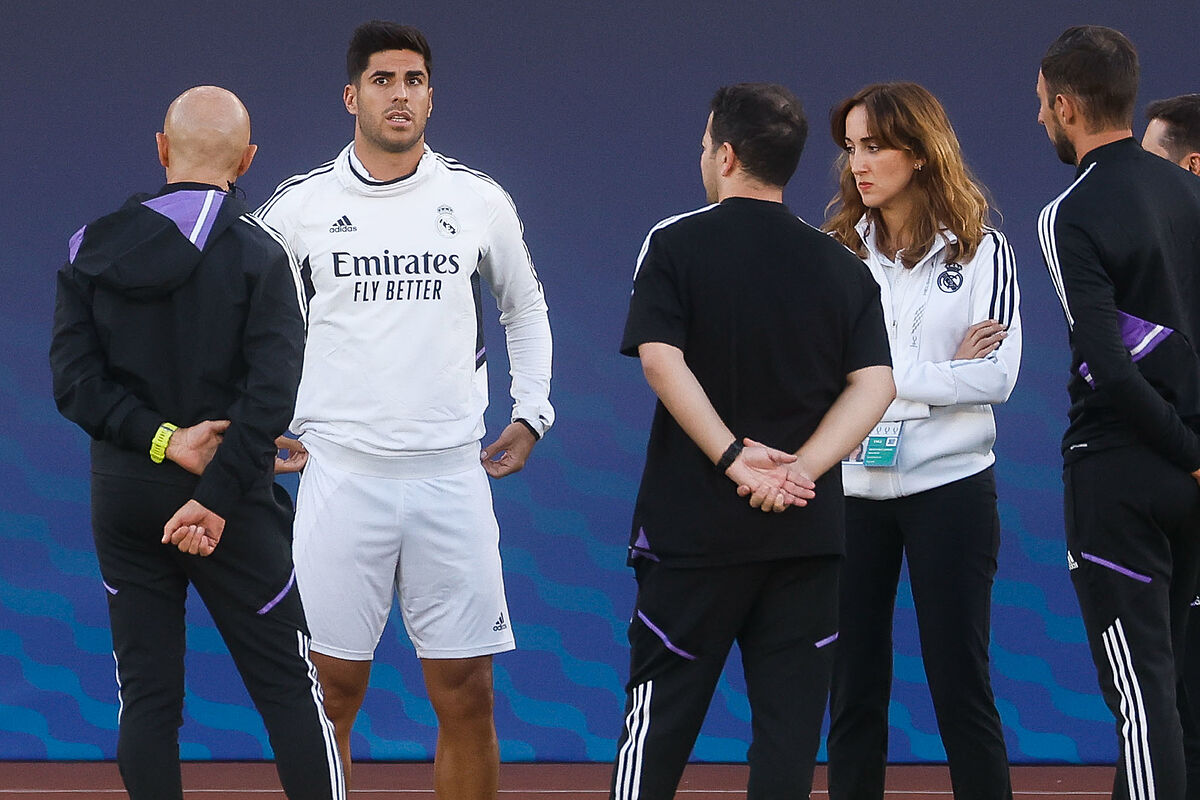 At the end of last April,

took over the reins of

An important change in a key vital moment for the Mallorcan, who at

Four months later, neither one thing nor the other.

Asensio's contract with the white team still has June

as the end date and no club has knocked hard enough on the Balearic door to dress him in other colors.

The solution does not seem simple.

On the sporting side,

has not had Asensio in the two official matches that his team has played this season.

nor in the first match of the League in Almería.

All despite carrying out extensive rotations, using

in total and needing to fill the gap left by

, injured for the league debut.

Both in the continental final in

has opted for the same trio of attackers:

The Brazilian and the French are fixed in the left and central zone of the attack, while the Uruguayan is a necessary wild card.

And when the duels have needed changes, Ancelotti has not remembered Asensio either.

In Finland he introduced

for Modric, passing Valverde in the middle, and

for Vinicius to accumulate more players inside.

, the latest signings, came on for Kroos and Carvajal.

On the bench, without playing:

In Almería, just four days after the Super Cup, the coach wanted to avoid physical waste too soon and made up to

with respect to the starting eleven he presented against Eintracht:

for Carvajal, Rudiger for Militao, Nacho for Alaba,

And from the bench, an opportunity for

, who was the second change and played the last half hour.

appeared during the last ten minutes.

On the bench, again, Asensio, who with

seem to be the last in the rotation.

Despite being the third top scorer in the squad last season (

, his best mark), the Spaniard was only

at the end of the season

, the recovery of Hazard, the confidence in Ceballos and the arrival of Tchouaméni indicated that the doors were almost closed for him both on the right wing and in that midfielder that Ancelotti sometimes claimed.

a substitute for Benzema

, since he is now without an owner waiting for the last movements of the summer.

In the contractual part, the renewal of Asensio is

There were slight conversations last season, but the objectives of each other were very different and the

approach of the Balearic Islands to Mendes

has not convinced Chamartín either, where in recent years they have tried to avoid doing business with the

These two games 'nil' are the last message from the coaching staff and the board, which go hand in hand despite the fact that Ancelotti has never denied his confidence in Asensio, to try to leave before August 31, the date on which close the market.

Until the 31st there is time

», Carletto declared in Almería, where he also reached out to the Balearic Islands in case the sale does not take place in the end and he has to continue in Valdebebas: «

You have to take into account what he contributed last year

He is an important player as long as he is a Madrid player ».

Four months before the World Cup and after being summoned by Luis Enrique in June, the Spaniard needs minutes to be part of the list for Qatar.

His departure would cause that last domino:

the arrival of an extra attacker

that allows rest, with guarantees, to Benzema.