Vanessa Kamga ahead of the discus qualifiers: "Has raised my average considerably"

Vanessa Kamga won the WC gold in the discus and broke a personal record in the WC in Norrköping a week ago. On Monday, she enters the EC qualifiers. - I have raised my average considerably and if you raise the average, then you also get the long throws, says Kamga to SVT Sport. 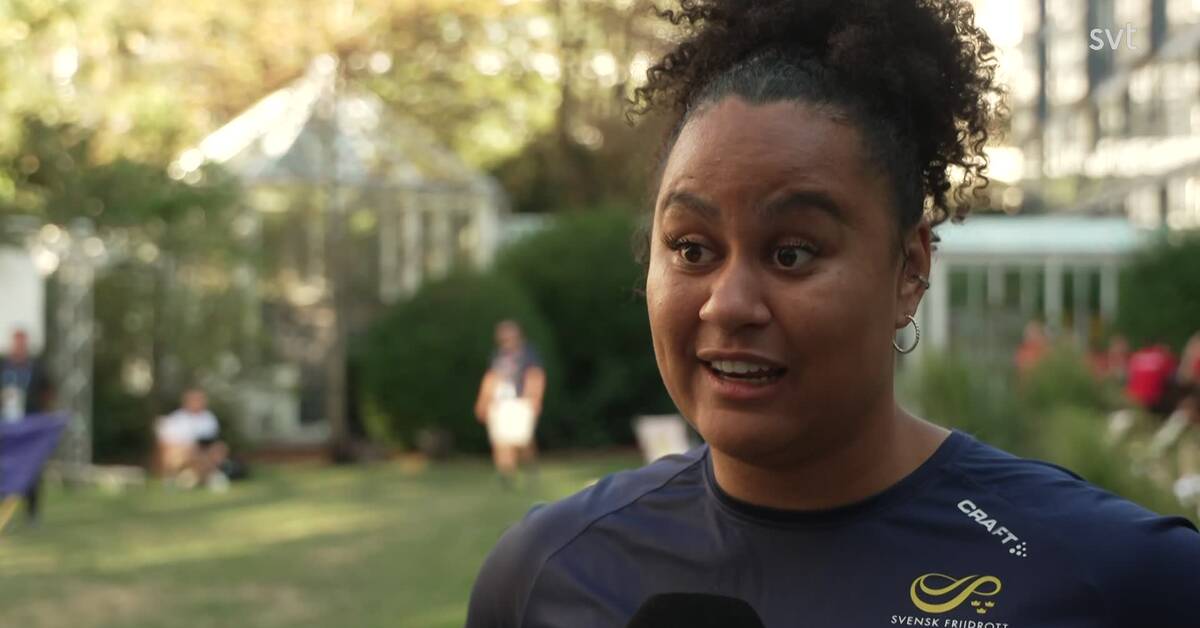 The SM competition in Norrköping gave Kamga both a new personal record - 60.33 - but also a big dose of self-confidence.

- I threw terribly the entire competition, so it feels great to be at such a high level.

The EC in Munich will be the 23-year-old's first international championship since the pandemic.

Kamga has previously participated in the EC in Berlin 2018 and the WC in Doha 2019. That experience now gives her security when she tries to reach the final.

- It is difficult to say what is required on the meter, it is important to be among the 12 girls who really pour.

It will be as much fun as possible.

I'm so happy with how I've laid out the year, how I've been training and competing.

I'm just going to go out and have as much fun as possible.

What are you most satisfied with from the year?

- That I have been at such a high level all season.

I have three events over 59.5 meters and I came into the season with a 60.01 pers so just being a few inches off in the last few events means I've raised my average considerably.

If you raise the average, then you also get the long throws.

During the Monday, the qualification in the shot put is also decided.

It's been a long time since there was an EC outdoors, says Fanny Roos, who is one of three Swedes (Axelina Johansson and Sara Lennman also participate) in the shot put qualification.

Roos, after an unsuccessful World Cup, had a blast at the Diamond League competition in Polish Chorzów last week when she broke the Swedish record - 19.42.

- It felt very good, it's nice to get that before this.

Now I know I can do it, and will try to do it again.