The expert's concern: "Who will score for Sweden?"

The junior crowns suffered their first loss in the JVM against the USA. Then there was mainly a lack of goal chances. - Who will score for Sweden in this tournament? asks SVT's expert Jonas Andersson. 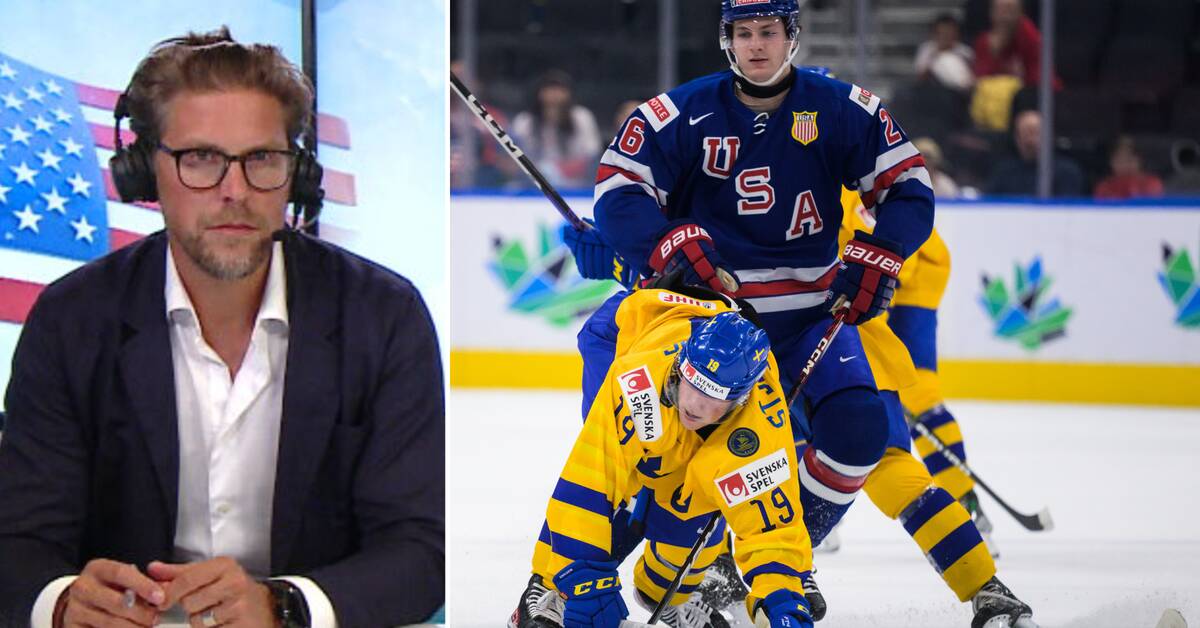 Sweden had problems with both defense and offense in the first two periods.

The USA, on the other hand, were lifted by their early lead goal and pressed Wallstedt hard in the goal.

- We play too slowly from the back and a little too sluggish, the energy level is a little too bad in the first half, states Emil Andrae for SVT Sport.

- We end up a bit on our heels, the game doesn't click and it goes too slowly.

The expert Jonas Andersson is on the same track.

- I had expected more from the Swedish slopes, he says and then continues:

- There were many who got into trouble.

But the big question mark is on the forward side.

Chances and shots on goal were missing in the majority of the match against the USA – in the second period Sweden had three shots and the USA 15.

- Who will score for Sweden in this tournament?

The positive thing for Sweden is morale, he points out.

- The USA is clearly the better team, but of course they let off the gas pedal a bit, Sweden is there and cutting.