Highlights of the first round of the Spanish League .. A difficult victory for Madrid and Barcelona stumble

The start of the Spanish League “La Liga” witnessed a big surprise, perhaps the most prominent of which was the spoiling of Rayo Vallecano, the joy of contracts for Barcelona with an exciting draw, and the return of Madrid with a hard and difficult victory from Almeria. 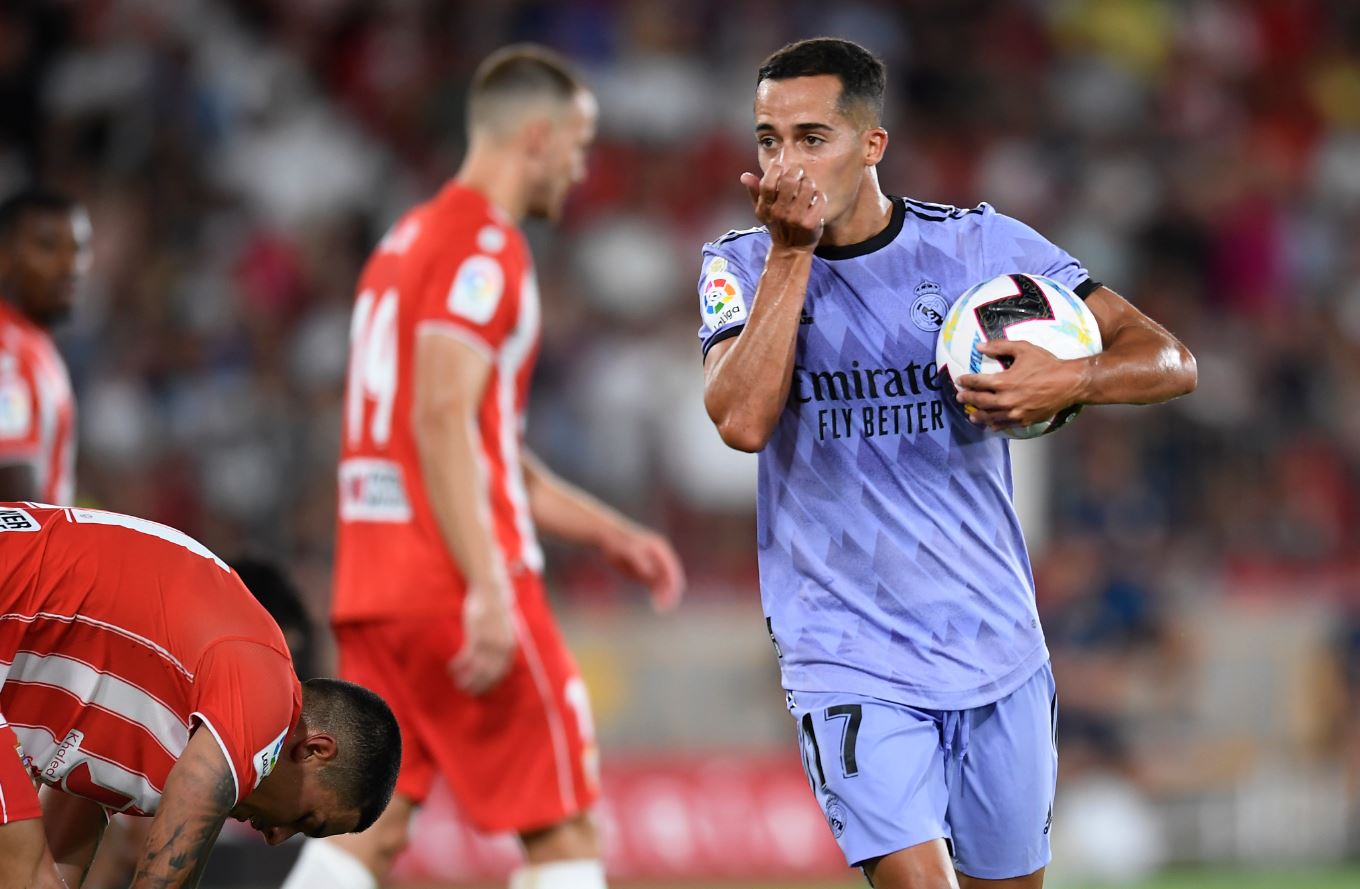 Highlights of the first round of the Spanish League .. A difficult victory for Madrid and Barcelona stumble

The start of the Spanish League "La Liga" witnessed a great surprise, most notably Rayo Vallecano spoiling the joy of contracts for Barcelona with an exciting draw, and the return of Madrid with a hard and difficult victory from Almeria, and following are the highlights of the ongoing opening round this evening:

Lewandowski stumbles in his first match

Rayo Vallecano spoiled Robert Lewandowski's start with Barcelona, ​​as he imposed a frustrating 0-0 draw on the Catalan giants in front of his fans at the Camp Nou.

This is the first time in eight seasons that the second-best scorer in the history of the Bundesliga, after Gerd Muller, has not scored in the opening season.

Lewandowski struggled against a pentathlon with Rayo's defense that made a tremendous effort to restrict the movement of the two-time FIFA World Player of the Year award.

The Poland striker, who will celebrate his 34th birthday this month, barely touched the ball throughout the game while coach Xabi Hernandez faced some of last season's problems, such as a lack of effectiveness despite possession.

The start was far from ideal for Barcelona, ​​the most spending club in Europe in the transfer period, with around 150 million euros, in order to end a three-year fast for the league title.

When Real Madrid signed promising Japanese boy Takefusa Kubo from FC Tokyo in 2019, the then 18-year-old rose to prominence on the summer tour in the United States amid expectations that his talent would explode at the club.

But Kubo never found a place in Real and his value was more than staying in the youth academy, so he was loaned in three consecutive seasons to Getafe, Villarreal and Mallorca.

And this summer, Real Sociedad bet on Kubo to acquire half of his rights from Real Madrid for 6.5 million euros, and the Japanese player left an immediate imprint in his first match by scoring the 1-0 victory over Cadiz.

Kubo constituted a constant threat to the defense of Cadiz and cooperated well with Sweden striker Alexander Isak to add an additional weapon to coach Emmanol Algoassel, who aspired to a better than sixth position last season.

coach Carlo Ancelotti started the season with several changes to his starting lineup. The result was the opposite, and he was forced to achieve an uprising against the rising Almeria to win 2-1 amid doubts about the depth of the squad.

Ancelotti's side survived a rough night, with Almeria defending in theory but consistently dangerous on the counter-attack.

The situation only improved when the veterans Luka Modric, Eden Hazard and David Alaba came off the bench, so that Real managed to compensate.

Newcomers Aurelien Chuamini and Antonio Rudiger failed to cover and made mistakes in defense against fast forwards.

"Sometimes the Real Madrid shirt is a heavy burden, but they need to play with that feeling and develop," Ancelotti said.