Athletics: Kevin Mayer fails in his "mission impossible" to double

Crowned world champion three weeks ago in Eugene in the United States, Kevin&nbsp;Mayer&nbsp; abandoned the decathlon in the first event, the 100m, at the European Athletics Championships on Monday in Munich, Germany.&nbsp; The double Olympic vice-champion had warned that he would "take no risk" at the slightest physical alert. 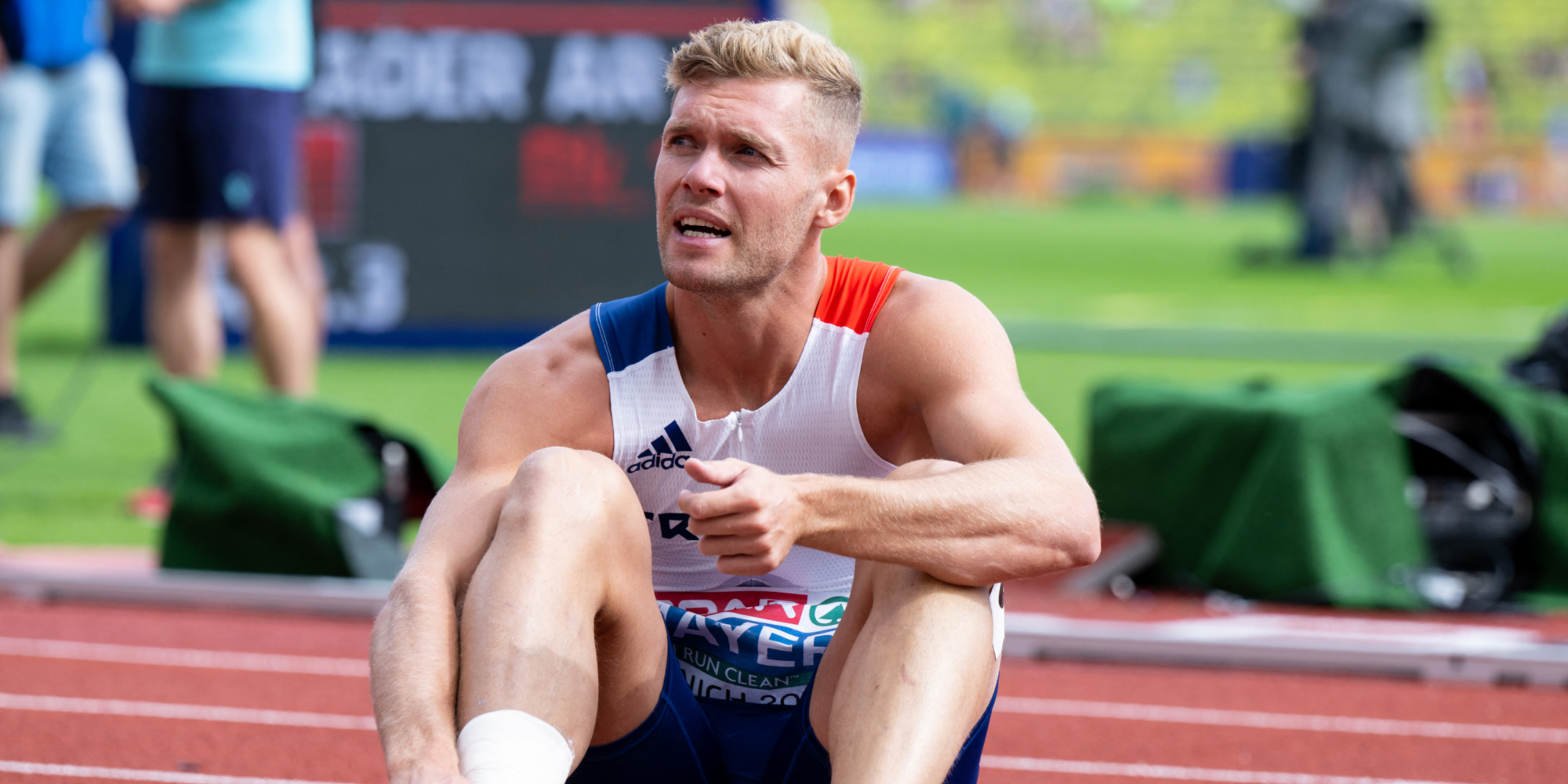 Crowned world champion three weeks ago in Eugene in the United States, Kevin Mayer abandoned the decathlon in the first event, the 100m, at the European Athletics Championships on Monday in Munich, Germany.

The double Olympic vice-champion had warned that he would not "take any risks" at the slightest physical alert.

His decathlon came to a halt, after less than 100m: three weeks after world gold, Frenchman Kevin Mayer failed on Monday in his "impossible mission" of a double at the European Athletics Championships, abandoning Monday from the first test after a muscular alert.

Kevin Mayer (30) had announced the color before his entry into the running in Munich: the unprecedented challenge of chaining two decathlons, and ideally world and European gold, in three weeks was enticing.

But he "will not take (t) any risk at the slightest physical alert", added the one who is used to concentrating on a single decathlon per season and whose Achilles tendon had bothered him until shortly before the Worlds of Eugene in the United States.

Mayer stopped 'before he got injured'

On Monday morning, the dreaded grin appeared on Mayer's face around 70 yards out, when he cut off his effort, hand on his thigh.

A few moments later, he waved to the public at the Olympic stadium and explained on the track that he had "stopped before he injured himself".

In question, a muscle of his left thigh (the great adductor precisely) damaged four months ago during a weight training exercise.

"I managed to manage it" but, "unfortunately, when you do a 'decaf' at the level and with the intensity of that of Eugene, it wakes up", he noted.

"I knew it was mission impossible," he commented.

"I gave myself every chance to have a great time again because, regardless of the fears it may generate, regardless of the stress it generates, on the track I have so much fun! I wanted to give myself a chance to get there, I did not succeed, it does not matter: I am world champion, I succeeded in my season.

"At some point, you can't have your eyes bigger than your stomach, you also have to be reasonable", argued Kevin Mayer again.

"There, my Achilles tendon, I don't feel it, I stopped before it broke in the adductor, it's really not a big injury. It really gives me confidence for the year of after."

One big less chance of a medal

In the line of sight for the decathlon world record holder, the 2023 Worlds in Budapest and, above all, the 2024 Olympics in Paris.

With his abandonment, it is in any case one of the main hopes for European gold which flies away for the French athletes in Bavaria, on the first day of competition in the Olympic stadium.

And the top step of the continental podium continues to be denied to Mayer: silver medalist in 2014 in Zurich, he had lost all hope of climbing on it after three biting attempts in the long jump, the second of ten events, in 2018 at Berlin.