The next season of the ADNOC Professional League will witness the European Training School’s dominance of the league clubs in an unusual way, after the number of coaches coming from the “old continent” reached 10 compared to coaches from South America, a coach from Asia and a coach representing citizens and Arabs. 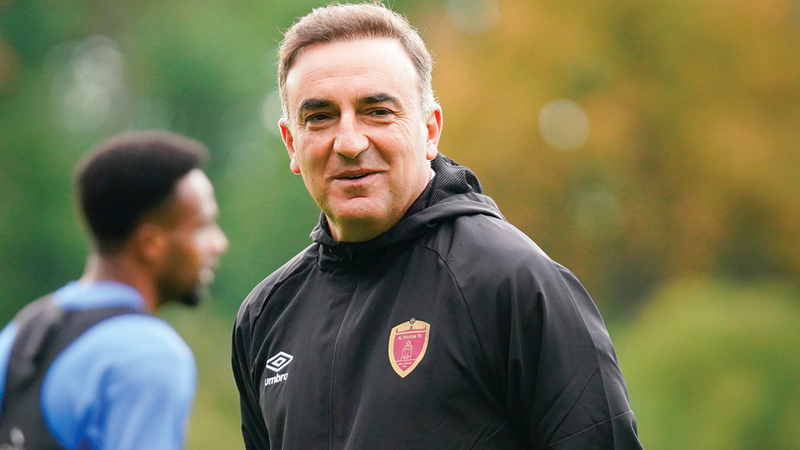 The next season of the ADNOC Professional League will witness the European Training School’s dominance of the league clubs in an unusual way, after the number of coaches coming from the “old continent” reached 10 compared to coaches from South America, a coach from Asia and a coach representing citizens and Arabs.

Serbian coaches top the list of the most prolific players in the next season, with Goran continuing to lead Ajman, and the same for Zoran, who led Dibba to win the first division title last season and return to the professions, while Al Dhafra contracted with coach Nebusha to succeed Moroccan Badr Al-Din Al-Idrissi.

On the other hand, next season will witness the presence of heavy-caliber coaches from Portugal, after Al-Ahly youth contracted with Leonardo Jardim, who has great experience, most notably with the French Monaco, in addition to his leadership of Al-Hilal Saudi Arabia to win the title of the last edition of the Asian Champions, while Al-Wahda contracted with coach Carlos Carvalhal coming From Sporting Braga, Portugal, in an important step for Al Annabi, especially since Carvalhal is one of the well-known coaches in Europe.

On the other hand, the presence of coaches from Romania continues after they have proven their presence in the past seasons, as the most crowned coach continues to win titles since the application of professionalism in 2008, Olario Cosmin, who won 10 titles throughout his career with Al Ain and Al-Ahly youth, while "Caesar" hopes to continue his career Successful in his second season with Sharjah, Daniel Isila will also enter his third season with Baniyas, after he became one of the most prominent factors in the stability of the "heavenly" in the past two seasons.

For his part, the Ukrainian Riberov continues his career with Al Ain after leading the team to win the league title last season, and the same for the Dutchman Marcel Kaiser, who will lead Al Jazira next season despite the significant decline in the results of "Pride of Abu Dhabi" last season, but the great experiences that Kaiser possesses and his leadership of the team to victory The league title in the 2020-2021 season will accompany him to experience the experience again with Al-Jazira in the new season.

As for Al-Nasr, he returned to the German school for the first time since 2010 when Frank Bucksdorf led the team, before the football company in the “Dean” announced the contract with German Thorsten Fink to succeed the citizen coach Salem Rabie, who took over the task temporarily to succeed Argentine coach Ramon Diaz.

Despite the significant decline in the number of coaches coming from South America, which will be limited to coaches only, Al-Wasl concluded a high-caliber deal by contracting with Argentine Juan Pizzi, especially as he is the only league to have participated in the World Cup led by the Saudi national team in the World Cup Russia 2018. He also led Chile to win the Copa America title, while the second coach is Brazilian Caio Zanardi, who will go through his third professional experience by taking over the newly promoted Al-Bataeh team, after having previously trained both Al Nasr and Khor Fakkan.

The name of coach Abdulaziz Al-Anbari also highlights his return to training in the professionals by contracting with Khorfakkan to lead the team next season, following the impressive results he achieved with Sharjah in the past seasons, and his leadership of the "King" to win the league title and become the only Emirati coach to achieve this achievement.

For his part, Kalba went to an unprecedented destination by contracting Iranian coach Farhad Majidi, who achieved many achievements with his former team, the Iranian Estiqlal, to represent Majidi as the Asian Training School.

For his part, sports analyst Khaled Obaid said that the European Training School is the best in the world at the present time, pointing out that it is natural for a large number of professional clubs to contract with European coaches.

He added to "Emirates Al-Youm": "European football is currently the most developed in the world, and the same is true for coaches, while the reliance on coaches from South America and Brazil in particular has decreased significantly, as the Brazilian League itself witnessed the contracting of some clubs with coaches from Europe".

He added, "The great development in coaching thought in Europe contributed to this, as they combine beautiful football, strict discipline, pleasure in performing, increasing the number of goals, and providing advanced football."

Regarding the absence of Arab coaches, he said, "The development of the European school made most clubs turn to European coaches, but the Arab coach has many peculiarities and advantages, and I expect to witness throughout the season the return of Arab coaches, especially with their great experience in dealing with players in the professional league."