Malmö won after goal explosion: "He will be Neymar"

A month and a half ago, Gif Sundsvall won at home against Malmö FF. When the jumbos visited Malmö on Sunday, the reigning Swedish champions gave again. It was Sundsvall's fifth straight loss in the Allsvenskan. 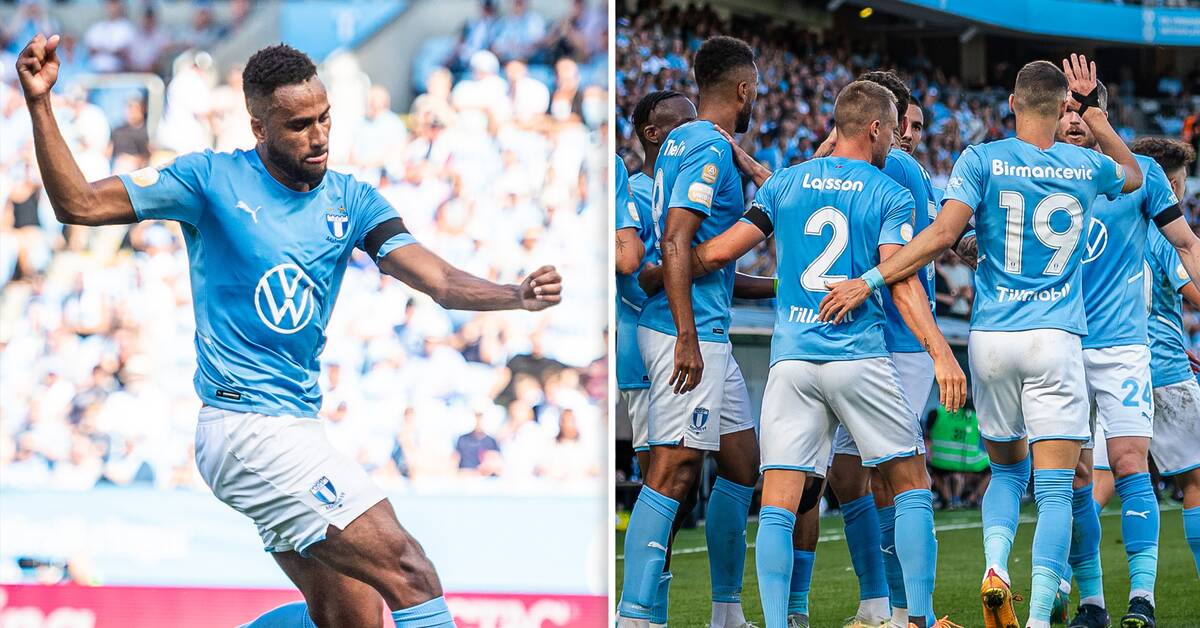 After losing away to Sirius.

and after a criticized performance in the European qualifiers against Dudelange, temporary coach Andreas Georgson spoke before the home match against Sundsvall about a home team hungry for revenge.

- In terms of performance, with a little distance, it was a good match.

Now and then you can't say it because the disappointment is so great, but to dominate a game so strongly and create so many chances over 90 minutes is good.

Then of course it is not good to only score one goal with that dominance.

So there is a great hunger for revenge but also because we feel that what we showed on Thursday is not really us, he said before kick-off.

In addition, the team had fallen the last time they met Sundsvall.

And the desire for revenge was noticeable.

In the summer heat, Malmö FF dominated the first 20 minutes and created a series of dangerous chances.

However, it would take until the 39th minute of the match before the first goal fell.

Isaac Kiese Thelin took the ball in the 44th from Erdal Rakip's free kick, and three minutes later it was time again when he was played forward by former Sundsvall player Eric Larsson.

- He will be Neymar out there.

Great preparatory work by Eric on the edge.

For me, it's nice to score goals.

It's always important for a striker to score goals and I hope there will be more, Isaac Kiese Thelin said in Discovery's halftime interview.

45 minutes had been played.

Malmö FF is in the middle of an intense match-up and in the near future they will be playing both Allsvenskan, European qualifiers and the Swedish Cup two matches a week.

Therefore, it came as a big disappointment when midfielder creator Moustafa Zeidan was forced to leave injured in the 60th minute.

The home team's advantage was if possible even stronger in the second half and the chances replaced each other.

Therefore, Saku Ylätupas 3-1 came like a bolt from the blue.

There were no more goals and the three points stayed in Malmö.

But on Thursday, Malmö FF will qualify for the Europa League against Turkish Sivasspor.

The future will tell if Zeidan will be there then.