Maja Stark had previously won four Europatour competitions. Now she also has a title on the LPGA tour. She won the ISPS Handa World Inviational in superb style - after a record-breaking final round. - That means everything, she says. 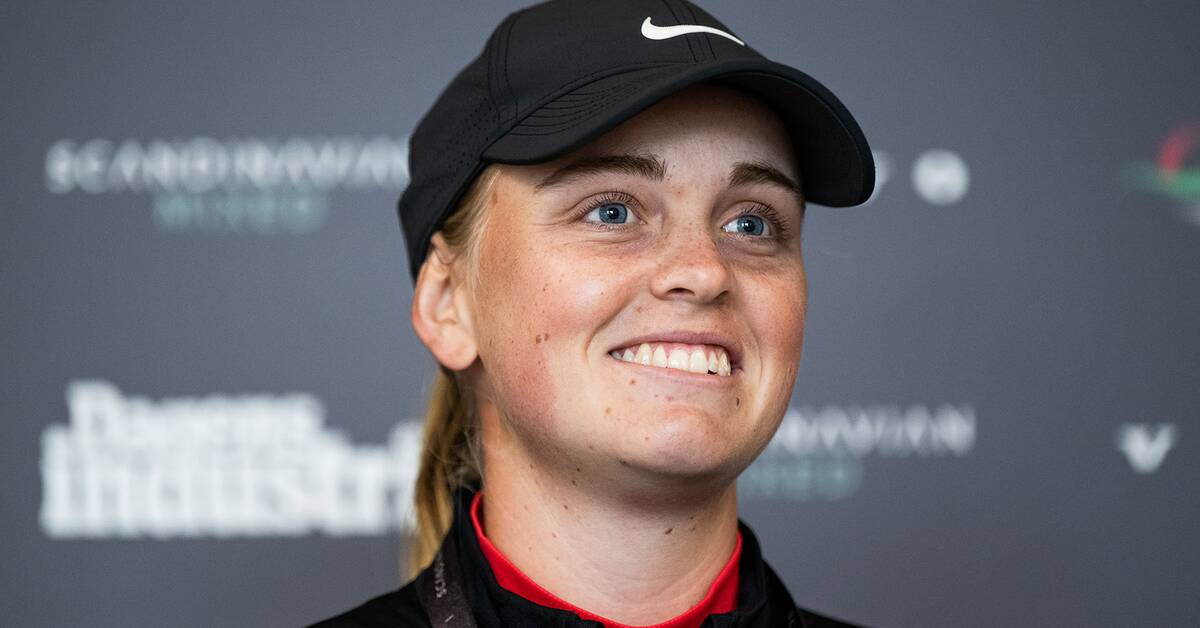 The 22-year-old, who won her first two European Tour events in her debut season last year, opened this year's season with two straight second-place finishes before winning an event in Australia in May, and then another event in Germany in July.

Victory also on the European Tour

Now she can also title herself LPGA champion.

Because today she won the ISPS Handa World Inviational in Antrim, Northern Ireland, a competition that is also part of the European Tour.

- It means everything, that's the only thing I came here for - I just wanted that win and I've just been so nervous because I hate qualifiers.

So it's nice that I don't have to do it again, she said in the official victory interview afterwards.

Was divided four before

The victory was overwhelming.

She made a whopping ten birdies, and not a single bogey.

Thus, the result of the round was ten strokes under par, which was a new course record by a full five strokes.

When she made her final putt, which was par on the 18th hole, she was in a five-stroke lead and received hugs from opponents and caddies with a big smile.

It had been a hard day for her, though.

- I've just been so nervous all day.

I've been reminding myself to stay calm and take it one stroke at a time, but that's easier said than done, she says.

Stark eventually won by a five-way margin down to runner-up Allisen Corpuz, USA.