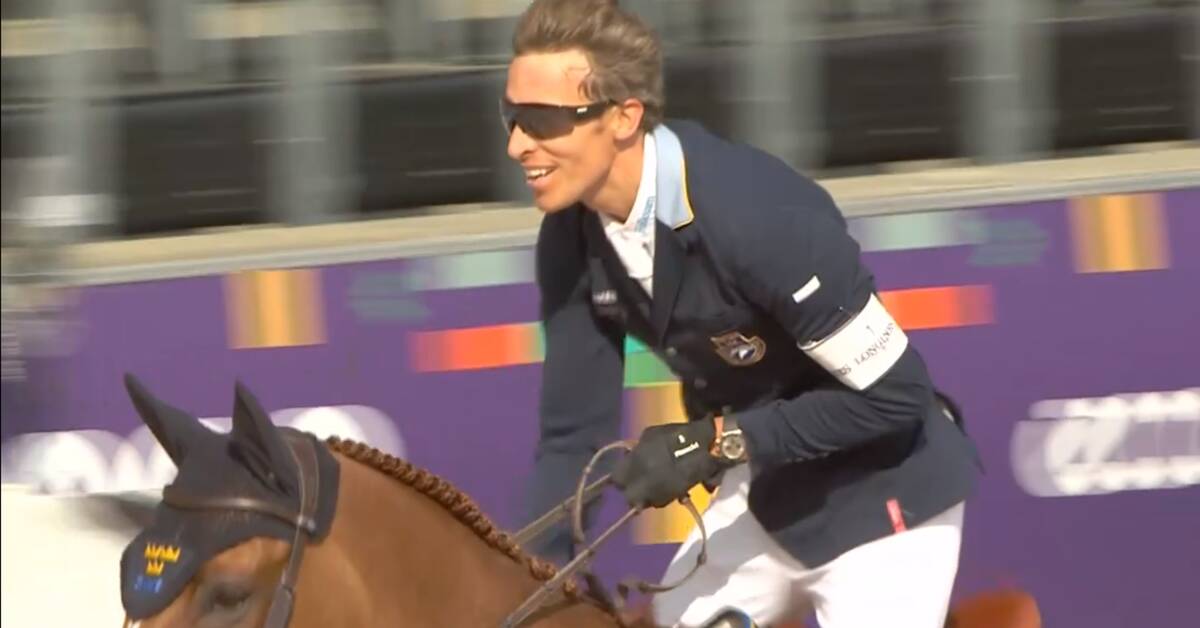 In the first round, both Swedish crews showed high class and were flawless - and kept a clear grip on the noble medals before the decision with the twelve best riders.

Newly crowned world number one von Eckermann and the horse King Edward were completely flawless throughout the competition, just like when they won Olympic gold as a team last year.

Despite several great successes in a team context, the medal was the 41-year-old's first individual medal in a major international championship.

- He comes away with two gold medals, as one of the biggest favorites in advance.

He rides like a world number one, says Björe.

For 54-year-old Jens Fredricson and Markan Cosmopolit, it was not a first individual medal in an international championship.

The team broke twice, 13 faults and he finished in tenth place.

- We should be incredibly happy how he completed the championship, says SVT's expert Lotta Björe.

The silver went to Jérôme Guery from Belgium and the bronze to Maikel van der Vleuten, Netherlands.