The transition to a new coach and Tarasova's public response: what ended the scandal around Nugumanova and Rukavitsyn

The St. Petersburg Figure Skating Federation has completed consideration of the case of figure skater Elizaveta Nugumanova, who accused coach Evgeny Rukavitsyn of threats and insults. The organization said that they figured out the details of what happened, and all parties to the conflict continue to work. The athlete remained in St. Petersburg GBU SShOR, but moved to another specialist - Elena Sokolova, who specializes in ice dancing. She also published in the media a public response to Tatyana Tarasova, who doubted the veracity of her words and stood up for her colleague. 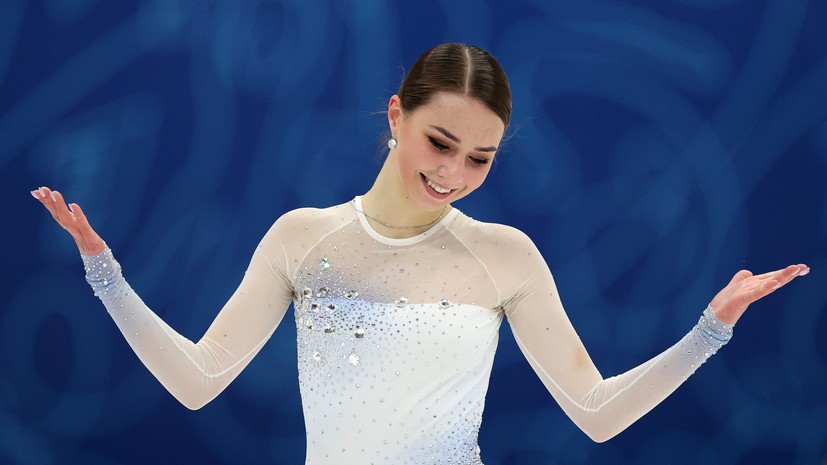 In one of the most discussed scandals of the current year in domestic figure skating, an end was put.

The St. Petersburg Federation has completed a check on coach Evgeny Rukavitsyn.

In May, the now former ward Elizaveta Nugumanova accused him of insults, humiliation and threats.

“We talked to all parties, although Elizaveta Nugumanova is no longer part of the St. Petersburg team.

Dots are placed over "i", everyone continues to work.

Nugumanova was at the academy the day before yesterday ... and Rukavitsyn is preparing the wards for the new season, ”the organization said.

It is curious that the girl, despite the conflict, remained in her former school - St. Petersburg GBU SShOR.

She explained her choice by the fact that she did not want to move to another city, although there were enough such offers.

“It will be the same ice, but a completely different team.

I decided to stay at the same academy, because I live in St. Petersburg, my whole family is here, I study here, ”TASS quoted Elizabeth as saying.

Some fans were even more surprised by the choice of a new mentor.

Now she will get in shape under the guidance of Elena Sokolova, who specializes in ice dancing.

“From Monday we will work on skating, on programs.

We already have ideas for them, we are going to make new ones,” Nugumanova added.

The issue of Elizabeth's participation in the control screenings in St. Petersburg and Moscow remains unclear.

She stated that everything would depend on readiness and condition, and also spoke of her intention to speak at a corresponding event in the Northern Capital.

Sokolova herself emphasized that the ward would definitely remain in single skating, and explained why she did not introduce a trial period for her, as for a new athlete.

“Lisa is an adult athlete, she grew up in our academy, I saw her every day at training and competitions.

We very often went to the same stages of the Russian Cup, ”said the mentor in an interview with TASS.

At the same time, she found it difficult to answer the question of whether special coaches for jumping and other elements would additionally work with the girl.

According to Sokolova, everything happened very quickly, and the parties have not yet had time to discuss the details of cooperation.

It is curious that information appeared in the press about the possible change of Nugumanova's sports citizenship and the transition to the Latvian national team.

The rumors were justified, since her grandfather worked as a coach in Riga, and her father played for the local Dinamo hockey team.

But the skater herself assured that no one had made such proposals to her, and stressed that she was ready to perform exclusively under the flag of Russia.

However, before the start of active preparations for the new season, Elizabeth did not miss the opportunity to once again remind the public of the details of the conflict with Rukavitsyn.

The reason was the words of Tatyana Tarasova, who doubted the veracity of the accusations from the athlete.

Elizabeth explained to Tarasova that she hid what was happening for a long time, because she was sure that by humiliating and insulting her, the former mentor was trying to achieve a result in this way.

“This attitude began after the training camp, when the programs were staged and the new season started.

Not everyone understands why I did not leave right away.

To the words that I wrote above, I will add: in figure skating there is still a window of transitions, and since I am a disciplined athlete, I could not quit everything and leave.

We need to act within the law, try to improve relations, ”Match TV quoted Nugumanova as saying.

She stressed that until the last she tried to find a compromise with the coach and establish contact with him, but he “repelled” her.

The last straw, according to the athlete, were threats and a promise to put an end to the career of the ward with the help of some compromising evidence.

“I told my story and I want there to be justice, honesty, decency, so that there is no such lawlessness as with me!

Believe me, I have not told everything.

First of all, I wanted to create a precedent that would show that an athlete has the right to vote, he is the same owner of civil rights as a coach.

He, too, can defend his rights and honor, and not just nod and obey, as some believe, ”added Nugumanova.

First of all, it surprised her.

According to the honored specialist, the athlete did not try to get in touch with her in order to personally solve the problem, but instead tried to drag her into a public conflict.

“I spoke only with journalists and said that I respect Rukavitsyn and would never believe that he was talking like that.

It happens with a coach: you yell, you scream - it's okay.

But when such showdowns begin, I don’t quite understand... There’s some sort of transmission here.

I don't want to get involved in gossip.

She knows my phone very well, or the federation can give it.

What kind of letters are these?

I don't understand this at all.

A young girl, and make me gossip.

No, I'm not ready for this and I'm not doing it.

Let him call me on the phone, I don’t bite, ”Tarasova told Match TV.

It is curious that two other well-known coaches also reacted to the next part of the scandal.

Maxim Maxaim Trankov stressed that "since recently" he does not know who Nugumanova is, and does not want to participate in her PR.

And Evgeni Plushenko added that he was not interested in this topic in principle.

Recall that the conflict between Rukavitsyn and his ex-ward flared up at the end of May.

Then a native of St. Petersburg, also with the help of open letters, accused the mentor of insults and humiliation.

She complained that he often reproached her for being overweight, although this was not true.

“The team told me that I was fat, that nothing would work out for me.

There were also such words: “Even in your social networks, soon no one will need you with your figure.”

It was funny to hear it, ”Elizaveta admitted.

She also told how she was forced to work with children and adolescents, because the coach considered her unworthy to work in an adult group.

But much more serious were the accusations of threats from Rukavitsyn's assistant, the athlete claimed that she was threatened to "make a bandwagon" so that she "went to the next world."

“I skated programs without music, they simply didn’t allow me, but I really wanted to - I wanted to perform well.

I understood that I needed to train, but people deliberately did all this, and I just didn’t know who I was disturbing and what was happening at all, ”Nugumanova said.