A policy for pregnancy and parenthood must be included in the new collective agreement between the Players' Association and Elite Soccer Ladies. But the process is tough and BK Häcken is now following FC Rosengård and going ahead with its own policy. - We know that the Players' Association is working on the issue, but we don't think we can wait, says Marcus Jodin, club manager BK Häcken, to SVT Sport. 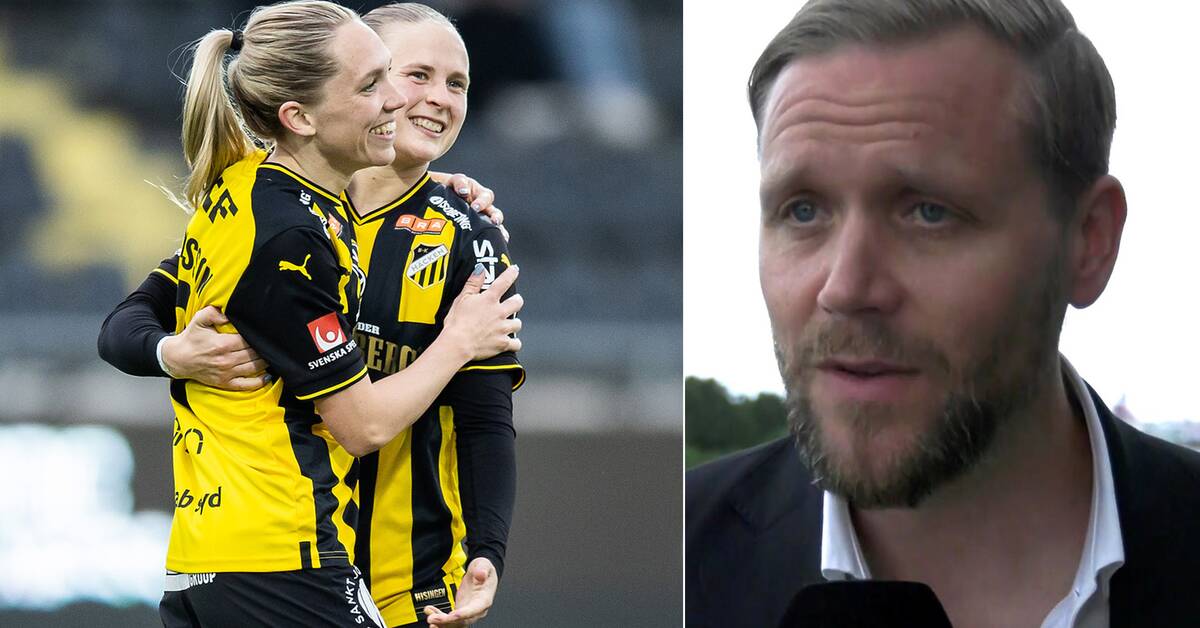 As far as the pregnancy policy is concerned, the Players' Association and Elitfotboll Dam are in agreement, there are other issues that are causing the negotiation to go slowly at the moment.

But the common policy cannot come into force before the entire collective agreement is in place and just like Rosengård, Häcken is now acting.

It is about three parts connected to physics and economics;

guaranteed salary up to 90 percent

In addition to state parental allowance, expiring contracts are extended to the next transfer window and safe and adapted training during pregnancy and on the way back is guaranteed.

The national team's and BK Häcken's Elin Rubensson is positive that there is now clarity.

- It is good that they show that it is important for the club and for us, she tells SVT Sport.

"Starting a family was always priority one for us, but there were doubts"

The issue became relevant when BK Häcken took over the elite association Kopparberg Gothenburg at the beginning of 2021. Elin Rubensson, who had just become a mother, played there then.

- Starting a family was always priority one for us, but there were no guidelines and there were definitely doubts about how the club would act, I wondered how it would turn out, says Elin Rubensson.

- Because we had Rubensson, the issue has been alive for the past year and we have now landed on a policy that we think feels good, says Jodin.

"There was a lot of trying to get ahead"

According to Elin Rubensson, precisely the part of receiving support in terms of training means a lot.

- There was a lot of testing.

The midwives say one thing, but they are not used to elite athletes.

There is probably more knowledge now for the next person in the team who goes through the same journey, she tells SVT Sport.

Loes Geurts is a goalkeeper in BK Häcken and is expecting a child in September this year.

- I don't have to worry about my salary, but the most important thing is to get help with the physical and the medical, she says to SVT Sport.

Jodin sees the policy as much-needed clarity for both players and club.

- Becoming a mother can be transformative enough and for us as a club it helps when we have to set the squad and ensure that the player wants to come back and play for us.

The collective agreement between the Players' Association and Elitfotboll Dam was originally supposed to be fully negotiated in 2023.