A statistic for "Emirates Today" compiled through press releases officially issued by the ADNOC Professional Football League clubs revealed that, one month after the opening of the current summer transfer window, which started on July 13, the clubs collectively conducted 109 official transactions, 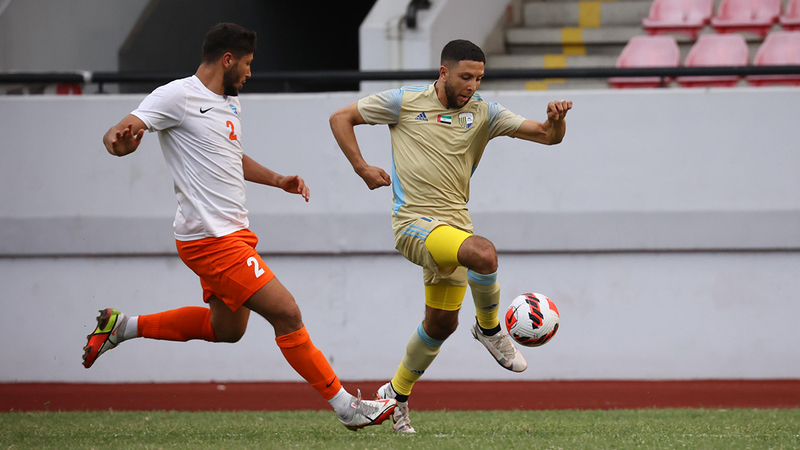 A statistic for "Emirates Today", collected through press releases officially issued by the ADNOC Professional Football League clubs, revealed that, one month after the opening of the current summer transfer window, which started on July 13, the clubs collectively conducted 109 official transactions, with 70 contracts There were 39 new deals and 39 renewal deals, the last of which was Al Jazeera’s contract with Moroccan Ashraf Bin Sharqi, while the numbers are still likely to rise, with 52 days left until the window closes, and it was remarkable that Baniyas Club did not officially announce the conclusion of any new player deal or extension.

As for the clubs that concluded the most new deals, Dibba also ranked first with 12 deals, Al-Bataeh and Khorfakkan in second place with nine contracts for each team, Al Wasl third with eight deals, Al Dhafra fourth with seven deals, and Al Wahda fifth with five transfers, while Baniyas did not sign any player, and it was Al-Ahly youth have the lowest deals in one deal, which is the contract with Syrian Omar Khribin on loan from Al-Wahda.

On the side of the most technically stable clubs with renewal with players, Ajman ranked first with the extension of eight players, Sharjah and Al Dhafra in second place with six players, and Dibba third with the extension of contracts for five players, while Al Jazeera, Bani Yas and Al Bataeh did not renew the contract of any player.

For his part, the players’ agent Walid Al Shamsi confirmed that the rate of deals is normal, as it is at the beginning of the season, and that it is the right time to conclude contracts, unlike the winter transfers in which deals are limited, and there are no various options for players due to their association with their clubs and the coaches’ fear of the difficulty of rapid adaptation.

Al Shamsi told "Emirates Today" that several factors were behind the conclusion of the clubs for this number of deals, and explained: "The number may increase in the coming period, there are still about two months to close the transfer window, the clubs prefer summer deals because new players get enough opportunity to harmonize." Through the establishment of camps and friendly matches.

Al Shamsi explained that the professional clubs adopted a method in contracts this year, which is to prioritize free deals. It is not spending money as before, because there is high control.”

And the first process that was recorded in the current transfers, was on the ninth of last May, when Dibba Club renewed the contract of its player Ibrahim Al-Mansoori, while the last move, the day before yesterday, was to renew the Kalba Union loan Ahmed Jeshak from Al-Ahly youth.

The clubs will continue to strengthen their ranks with new players during the current transfers that continue until the fourth of next October, in order to enter the new season with new blood, especially with the availability of a group of players to move before the start of the season, compared to the scarcity of names in the (supplementary) winter transfers.

• The first transaction that was registered in the current Mercato was the renewal of Dibba's contract for its player Ibrahim Al-Mansoori on May 9th.