Vorobyov pleaded guilty, Fedotov is waiting for a hearing: how are the cases of hockey players suspected of draft evasion developing

Hockey players Mikhail Vorobyov and Anvar Suleymanov, accused of giving a bribe for issuing a military ID, appeared before a court in Ufa. The SKA forward pleaded guilty, and the ex-goalkeeper of the Salavat Yulaev system has so far refrained from commenting. However, the meeting eventually had to be postponed due to the absence of the main witness, Farit Samigullin, who, according to investigators, received money from the players in 2019. Development was also expected in the case of Philadelphia goalkeeper Ivan Fedotov. The goalkeeper's lawyers filed a complaint to invalidate the commission's decision to call him up for military service. It was planned that on August 11, the goalkeeper would already speak in court, but the preliminary hearing was eventually scheduled only for September 20. 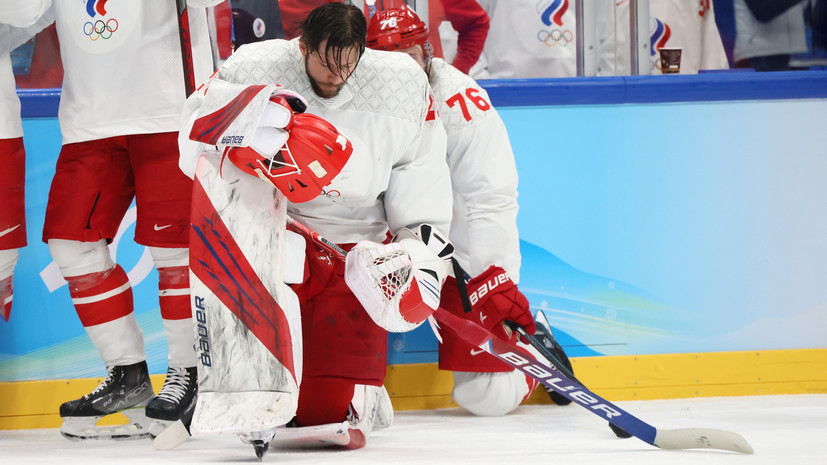 In Ufa, a court session was held on the cases of ex-goalkeeper of the Salavat Yulaev system Anvar Suleymanov and SKA striker Mikhail Vorobyov, who has already admitted his guilt.

And in the Leningrad region, the process began on the claim of the Philadelphia goalkeeper Ivan Fedotov, who is currently in a military unit.

However, the goalkeeper's lawyers believe that the call-up procedure was violated.

Hockey players Suleymanov and Vorobyov, along with Admiral forward Vladislav Lukin, are accused of giving a bribe for issuing a military ID.

This became known after the detention of the former traffic police officer Farit Samigullin.

According to the prosecution, in 2019 he received money from the players and handed it over to the deputy military commissar for the Ordzhonikidzevsky and Kalininsky districts of Ufa, Konstantin Voropaev.

Each transferred an amount from 170 to 200 thousand rubles.

Under the law, such a violation faces up to 12 years in prison with a fine of up to 60 times the amount of the bribe.

At the moment, the athletes continue to train with the teams, but are under house arrest.

Vorobyov and Suleimanov took part in the court session, and the consideration of Lukin's case was postponed until September 22 at the request of his lawyer, who is busy in another process.

Athletes came to court in turn.

The former goalkeeper of the Salavat Yulaev system was the first to appear with his parents.

The hockey player's father, Aidar Suleimanov, immediately stated that he was sure of his son's innocence.

“We believe that our son and the rest of the guys are practically and absolutely not to blame for anything.

They did their job, performed it professionally and efficiently.

During the meeting, the athlete's lawyer attached to the case a large number of documents proving that if there was a bribe, then in a much smaller amount.

As a result, Suleimanov pleaded not guilty, preferring to express his attitude towards the prosecution later.

However, further consideration of the case had to be suspended due to the absence of the main witness, Samigullin.

The summons sent to him was returned to the court.

At a meeting in the case of Vorobyov, the attacker immediately admitted his guilt.

This is where it all ended.

The court also decided not to make any decisions without communicating with the former traffic police officer, although the hockey player's lawyers did not insist on the personal presence of the witness.

As a result, new meetings are scheduled for 22 and 25 August.

At the same time, according to Vladimir Trignin, chairman of the Moscow Military Bar Association, Vorobyov's behavior in the current situation is correct, since in this way he can avoid serious punishment.

“Based on practice, the investigating authorities are primarily interested in officials involved in corruption, and not young men who find themselves in these situations.

Nevertheless, there will still be negative consequences for the guy.

In this case, the prosecutor's office files an administrative claim to invalidate the decision of the draft board, ”the Championship specialist quotes.

However, not everyone believed Mikhail's admission of guilt, although this was confirmed by the press service of the court.

So, SKA head coach Roman Rotenberg called the information that appeared fake and promised to protect his player.

While it was only in Telegram channels, it could be a fake, now is a difficult time, there is an information war going on, a lot of stuffing.

There was no trial, as such, there were only hearings.

Misha will be in the team soon, everything is fine with him.

We don't leave ours!

Misha is a diamond.

This is our center forward, an important part of the team, we all remember his transfer to Kirill Kaprizov at the World Youth Championship.

We support our fighter and we will work together with lawyers.

In my understanding, he did nothing of the kind, ”Rothenberg told reporters.

Much more categorical was the two-time Olympic champion Vyacheslav Fetisov.

He was surprised that the system for conscription into the army again failed.

“Guys must one way or another - in accordance with the law - serve or enter a university where there is a military department.

I don't see any problems.

There can be no excuse.

In many European countries, athletes understand that they have an obligation not to break the law.

I think that our sports leadership did not foresee these problems,” Fetisov said.

It was expected that some clarity this week would appear in the case of the goalkeeper of the Russian national team Ivan Fedotov, who did not have a reprieve from the army and now he is in a military unit instead of sunny Philadelphia.

At the same time, the hockey player himself, it seems, did not know about the lack of necessary documents, since he planned to spend time quietly in his native St. Petersburg in the summer.

On August 11, consideration of the complaint about the recognition of the commission's decision on his conscription for military service was scheduled.

The goalkeeper's lawyer Alexei Ponomarev did not even rule out that the hockey player would come to court.

However, in the end, everything ended only with the announcement of the date of the preliminary hearing.

It will take place on September 20th.

According to Fedotov's lawyers, the athlete was called up in violation of the procedure.