The triathlete Antonio Alba: five days in a coma for an accident and trial to pay for the repair of the car 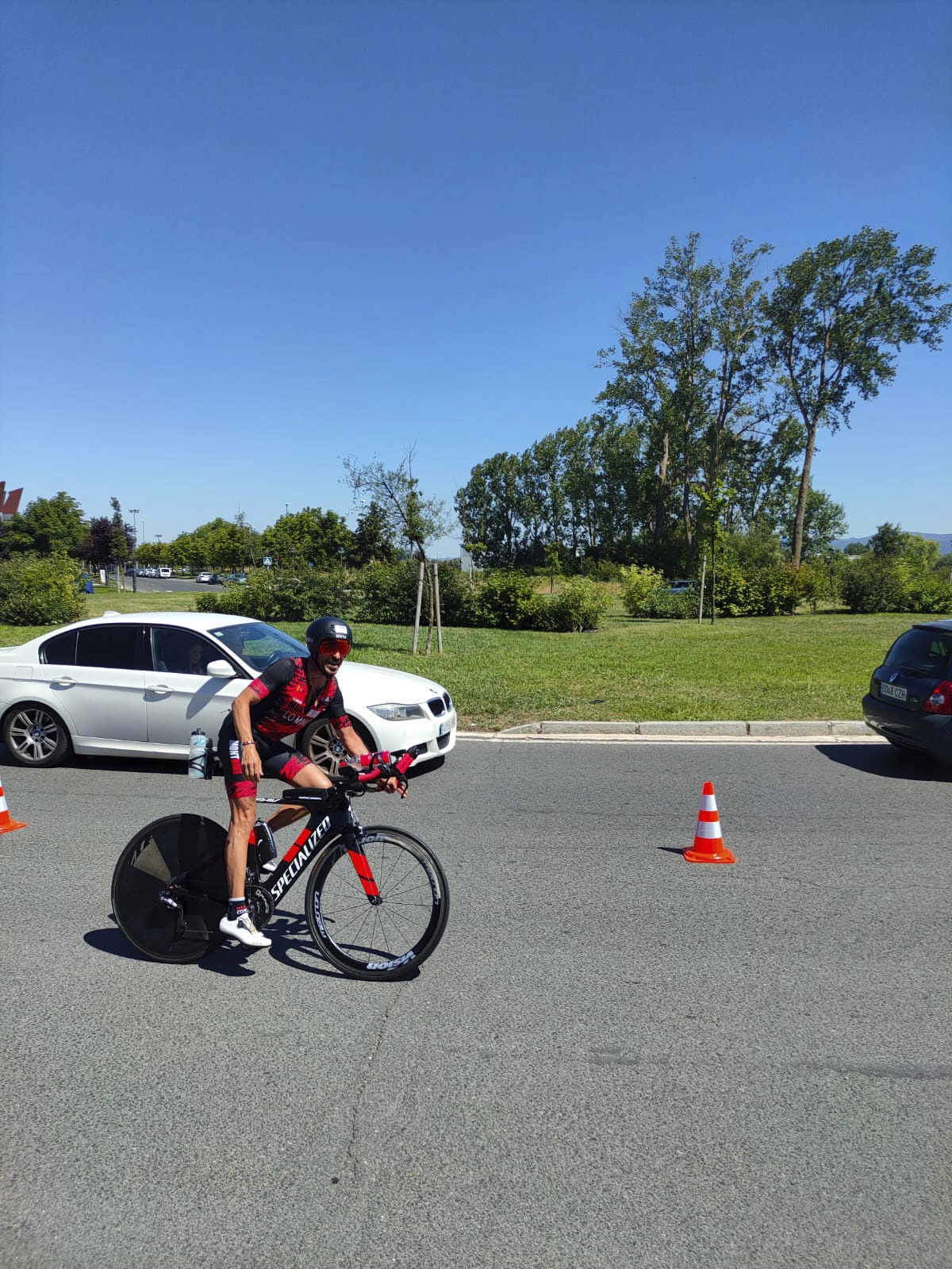 remembers that the sun was going down.

He remembers that he had slowed down.

And he doesn't remember anything else.

At least not at all.

"I have some flashes of the toilets that treated me, of the lights of the ambulances, but I practically do not remember anything about the accident. I was running and, suddenly, I woke up in the hospital."

He did so five days later, the five he spent in an induced coma, and he would still have 10 more days left in the ICU of the Joan XXIII Hospital in Tarragona.

Along the way, an anxiety attack at the sight of his broken body for the first time.

Along the way, a diagnosis so long that it does not fit on this page: pneumothorax, fracture of the clavicles, four ribs, the scapulae, the acromion, perforation of a lung...

On January 29, 2020, a minivan hit Antonio Alba, an amateur triathlete, from behind when he was running on the right side of a bridge and displaced him about 15 meters.

At 45 years old - today he is 47 - he was preparing to debut in Vitoria in the Ironman distance and, suddenly, he found himself in an operating room, where he underwent life or death surgery, and a titanium prosthesis was placed.

They told him that it would be very difficult for him to go back to running, cycling or swimming.

But a few weeks ago he completed the Vitoria Ironman.

Two years later than expected, but he completed it.

And at the finish line, of course, everything came to him.

"I have a very hard head and that's why I did it, but the whole process was... I had to do the rehabilitation on my own, at home, because of the pandemic and the accident left me with many consequences. For example, no I can do intense exercise because my lungs can't fully expand so I can't go over 155 beats, if I do I'll drown. Or for example, I have several muscles affected on the left side so I'm unable to complete the stroke, now I swim very rare", acknowledges Alba who despite everything finished the popular Ironman in less than 13 hours.

Delegate of the pharmaceutical company Alfasigma for Tarragona and Lleida, today's triathlete practiced rowing in the Ebro as a youth, then tried mixed martial arts and finally, at the age of 35, he got hooked on triple sport, with a lot of pull in his area.

His progression was slow, conscious, until the accident stopped his great leap to the most mythical distance.

Were you afraid to get back on the road after being run over? Very, very afraid.

I haven't raced there again and with the bike... well, the first few days were horrible.

Every time I heard a car I turned to see where it was coming from or how far it was passing me.

The first day I did 10 kilometers and turned around with terrible anxiety.

It was very difficult for me to gain confidence, I always needed to go out accompanied and I still suffer today.

Whenever I go out to train I think: 'Will I go home?'

His story would be a story of overcoming, if it were not a story of helplessness, one more.

Last year in Spain, 31 cyclists died and, despite the tightening of some regulations, their weakness is still evident, on the roads and in the courts.

And there is no better example than the case of Antonio Alba.

This September he will sit in court to deal with his accident, but he will not do so as a complainant but as a defendant.

In his report, the Mossos d'Esquadra - who according to Alba arrived at the scene when the car had already moved and he was in the ambulance - assured that what happened was his fault.

That is why the driver now claims the 890 euros for the repair of the vehicle's sheet metal.

"I am supposed to have jumped on top of the car. What do I gain by jumping on top of a car? I have already lost a lot of money in this judicial process and let's see how it ends. The driver is an elderly lady from a nearby town. I know her. And I'm surprised that at no time did he care about my condition. If I had died, fine. In a way, I thank him for driving a minivan and not another type of car, because the consequences could have been worse," concludes Alba, who now, sequels aside, he is a normal triathlete.

At the end of the Amposta Ironman, he assured his partner and his friends that he was leaving him, that he would put his bike up for sale in Wallapop, that they could now throw away their trisuit.

The next day, when he got up, the first thing he did was sign up for the Roth Challenge in Germany, which will take place in June next year.

He already has a goal to continue training: running, pedaling, swimming.

It is better not to remember the accident.