“Surely I would have drowned without help”: boxing coach Mutalibov on rescuing a man in the Caspian Sea

The head coach of the Russian women's boxing team, Albert Mutalibov, rescued a man who was swept away by the current to the rocky shore of the Caspian Sea. In an interview with RT, the specialist admitted that his act was frivolous and he himself could die, but the inaction of those around him pushed him to take a decisive step. As the honored coach of Russia noted, the drowning man was an adult healthy man and simply did not calculate his strength. 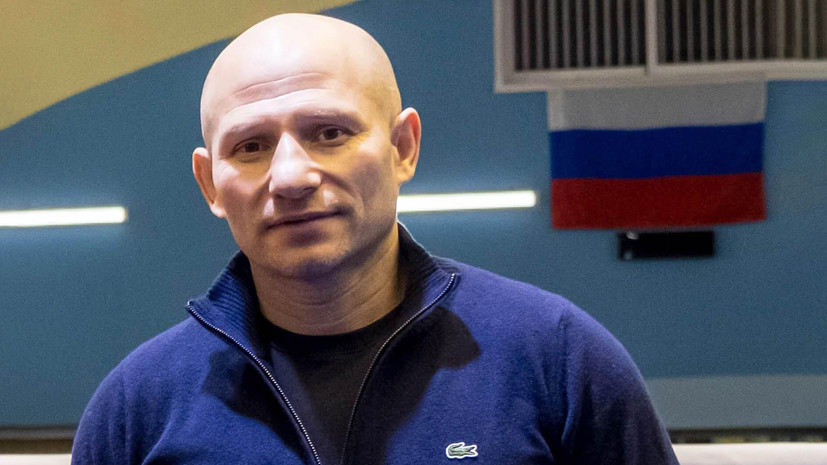 Tatyana Kiriyenko, Secretary General of the Russian Boxing Federation, spoke about the heroic deed of the specialist.

“I have always said that boxers are defenders, and Albert Shukurovich, without a doubt, has also become a real hero!

I'm sure he couldn't have done otherwise.

We are immensely grateful to him for this invaluable act and are infinitely proud that there are such brave and reliable people in our ranks, ”Kiriyenko wrote in the Telegram channel.

Mutalibov has been leading the women's national team since March.

RT managed to talk to a specialist about what happened.

"Brought the inaction of others"

— How did you end up on the shores of the Caspian Sea?

- Here is the meeting of the women's team of one of the federal districts, as well as members of the national team.

As a head coach, I came to visit everyone, to see how they train, to participate in the process.

In addition to this trip, I also have a visit to the Krasnodar Territory, because some of the athletes of the national team are preparing there.

Then there will be a visit to the Moscow region to the "Round Lake".

And there, too, I'll see how the guys are doing.

It all happened after a morning workout.

The athletes went to their hotels, and I, walking, went to my car.

I see that something is wrong at sea.

It would seem that a person is swimming, but the picture is strange, unnatural.

It seems to row forward to the shore, but remains at one point.

Then I approached the fishermen and asked: “I’ve been here for 15-20 minutes, and the man is in one place.

Is everything all right there?"

And they answer: “He has been floundering for an hour, we shout to him where to swim, and the current blows him to the stones.”

I was outraged by their inaction.

They were afraid that they, too, would be dragged into the water.

Wound up and went to look for a solution.

And everything could end badly.

But we were lucky.

- You say that you are wound up.

Besides, I'm not a big fan of leaving the shore.

I treat water with respect, I never go into the sea to the depths.

If they tell me, swim there, I'll think again a hundred times.

As a child, I could, when there were fewer brains, now I assess the situation more soberly.

And in this case, going to the stones is, if not stupidity, then frivolity on my part.

This is all really dangerous and you need to be a professional in saving a person.

Now I understand the risks that people in this specialty are exposed to.

So, you went down to the shore.

“Yes, there are boulders and concrete slabs below.

By that time, the man had already been dragged there: the wave threw him ashore, then dragged him five or six meters into the sea and again threw him onto the stones.

And at that moment I tried to grab him and pull him out of the water.

At first he tried to extend a stick to a drowning man, but it turned out to be useless.

Everything was complicated by the fact that he was already exhausted, drifting for more than an hour and constantly slipping out of my hands.

And when once again the man was lifted by a wave, we were knocked together, then he fell heavily.

The surface is slippery, there is nothing to catch on.

After the incident, I went to the hospital, everything was processed for me.

Now I'm going there again - to do an ultrasound.

- The fishermen stood and did not move, they did not even let go of their fishing rods.

Was amazed by this.

In general, I was told that in this section people often fall into the current and somehow rescue them.

Manage to call for help.

But in this case, I poked around for a long time, but no one approached us.

The circle would be thrown.

I shout to them, give me something, at least give me a towel, because I am also being dragged into the water, you can wrap it around my hand and hold it.

Or grab a rope.

It is possible that the rescue system has been worked out on the beaches, but this is exactly what happened on this site.

“I was afraid that his heart would stop”

- With another wave, he managed to grab the man and drag him to the rocks higher.

There we lay down with him, turned him on his side, brought him to himself a little, water began to come out of his mouth.

I asked those who were on the shore to call rescuers, the police and an ambulance arrived.

Moreover, an adult of 65 years old, not drunk, absolutely adequate, got into such a situation.

He, apparently, simply did not calculate his strength and, when he was in the current, did not know what to do.

After that, he couldn’t even talk, he was so exhausted.

He just hugged me and sat like that for a while.

He was also lucky that he did not crash to death on the stones.

By some miracle he was saved.

All rumpled, and not a single scratch on the head.

After all, when a wave took him, then he hit the shore with all his might.

Of course, he said a lot of bad words to him.

At one point I realized that he was giving up.

I had to use a strong word to bring to my senses.

But he must be given his due, he fought to the end.

A grown man and quite overweight.

I was afraid that his heart would simply stop from how long he resisted.

- After the rescue, did you manage to communicate with the victim?

The man has no strength left.

And I think he was embarrassed because of the situation he was in.

There were still onlookers gathered there, women.

And his panties are all gone.

The spectacle turned out to be not the prettiest for both him and me.

I, too, dragged him to all the places that were possible.

But even without words, with this hug, he told me everything.

And yet, what is special about this place.

Why did this happen?

- In the Caspian Sea in August, unfortunately, there are always a lot of people drowning.

Those who do not know about the currents and move far from the coast.

When the sea is normal, you can swim anywhere and return in a straight line back to where you left your things.

In August, the currents begin.

Moving forward is easy, going back is not.

You can be thrown to the right or to the left.

And in such a situation, it is easier to swim along it than to resist.

You won't go back to the beach where you undressed.

But in one and a half to two kilometers you can get ashore.

It is better to do so and then return by land.

This is exactly what happened to the man.

But he tried to return to the shore in a straight line, and as a result, the current carried him to the rocks.

The victim, in fact, had to swim even further and then he would be carried diagonally to the next beach.

I would have just rounded this ridge with stones, which separated the two bathing areas.

“But if this is a dangerous place, it must be somehow equipped?”

On this pier, you should at least hang rescue circles, ropes, so that you can throw and then pull people up to you.

There is also an observation deck, and below the stones.

And around the perimeter you can easily come up with something.

And in the water, maybe make buoys that you can grab onto so that you are noticed.

After all, this person would have 100% drowned without help.

In fact, we are lucky that it turned out this way.

He was dragged onto the rocks, and I managed to lean on and pull him out.

It’s just that I could hardly have saved him from the water, because you need to have special skills, but I don’t have them.