Distance swimmer Victor Johansson is going to the EC in Rome in good shape after a successful WC at the beginning of July. In order to achieve success during this summer's championships, he has taken inspiration from the now retired skating star Nils van der Poel. - We had a very good talk and I hope that we will be able to continue with that cooperation, Johansson tells SVT Sport. 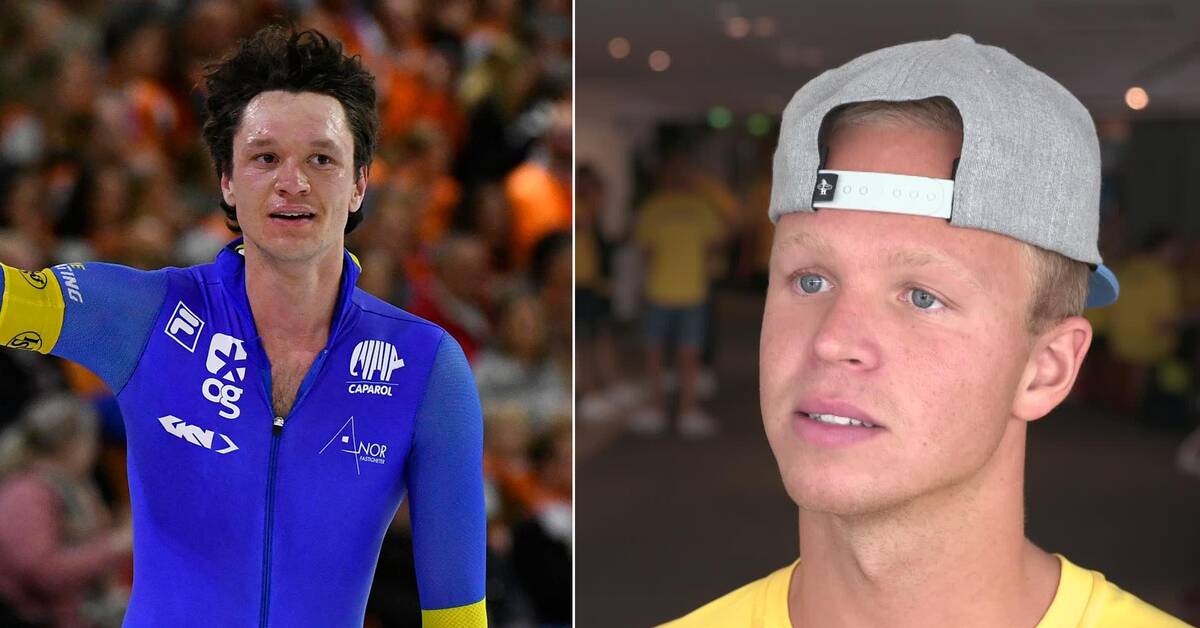 Victor Johansson made a big impression at the SM in Linköping at the beginning of July when, among other things, he broke the Swedish record in the 1,500 meter freestyle.

Now a new championship awaits – the EC in Rome, which starts on Thursday.

- The gut feeling is as good as it gets.

SM was clean a few weeks ago and it was very shocking how quickly it went.

He has been to a training camp in Spain and feels in great shape.

- So it looks disgustingly good.

It will be really fun to see what this training can do on the podium.

Normally, time goes by fast for me, but right now it's going slowly.

I just long to be on the podium, says Johansson.

The distance swimmer says that he is inspired by Nils van der Poel's training and that they have talked to each other about training in particular.

- When he released his training diary, I thought "Wow, here is someone who is more crazy about training than I am.

I have to talk to him and see how his thoughts and ideas go around training.”

I saw someone who it clicked with and who is this training crazy and who is willing to go the extra mile.

We had a very good talk and I hope that we will be able to continue that cooperation in the future.

"Trains differently than others"

Is your training extreme?

- Sometimes it can just be to swim 8,000 meters straight and then go home.

It's pretty monotonous if you look at it from the outside, but for me it works.

For Nils van der Poel, it was six hours of cycling a day and drinking cream.

I've implemented some of that into my training now as well.

Cream is really good and then you can swim quite far too.

Do you think you train differently than many other swimmers?

- I know I train differently than other swimmers in Sweden.

I have tried to find people I can train with, but unfortunately distance swimming is a bit behind in Sweden.

That's how it is, it goes in periods.

Then I know that other people around the world train similar to me.