Sergio García: "I am convinced that the golf conflict can be resolved"

Castellón is a haven of peace in the midst of the great storm. Even in the week where 11 of Sergio Garcia's LIV teammates have sued the PGA Tour. The Spanish golfer... 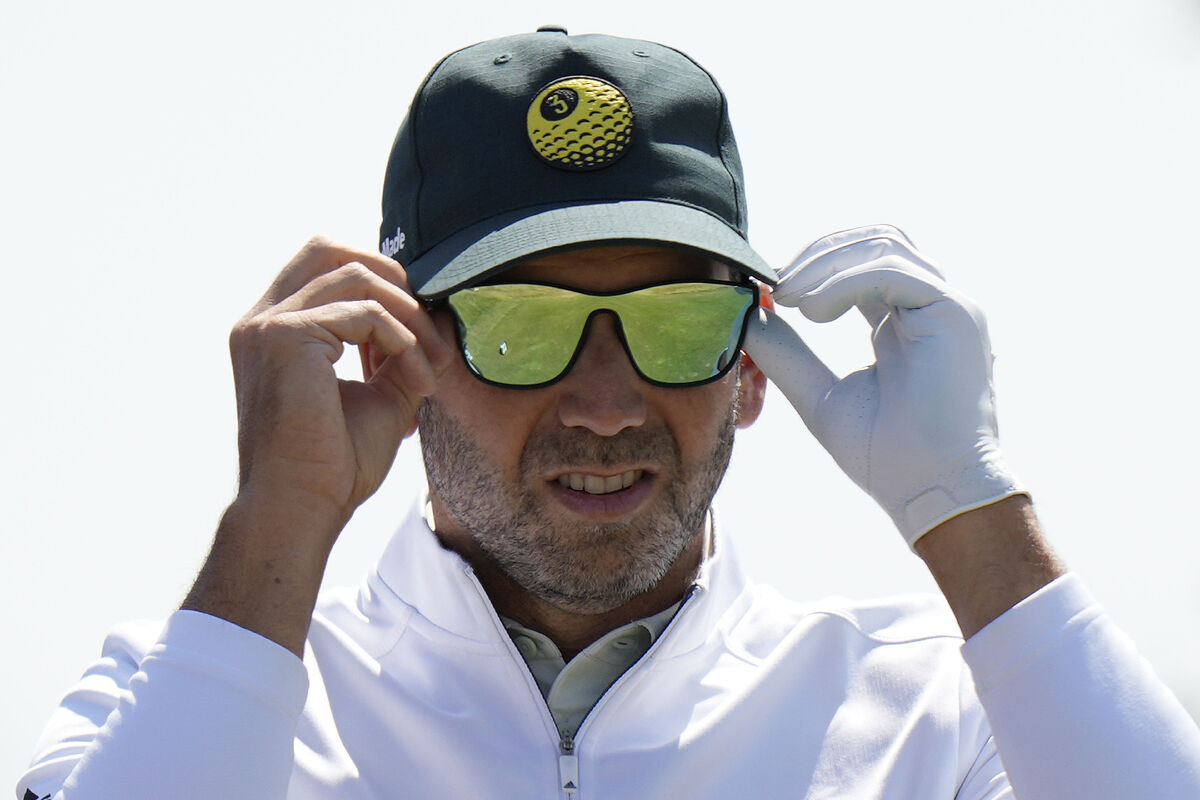 Castellón is a haven of peace in the midst of the great storm.

Even in the week where 11 of

The Spanish golfer finds tranquility with his family.

Mediterráneo Golf is where it all began, the perfect place to give back how much this sport has given Sergio.

For this reason, he has just inaugurated the

, one of the best schools in our country, but it is only the beginning of the project.

, Sergio's brothers, are in charge of everything under the supervision of

The support of the golfer's friends does not go unnoticed on this special day either:

Did he need to go back to his roots?

I need a shot from Spain and Castellón.

It is very nice to return to Castellón and this occasion even more special, I am very excited about my new academy.

Q. And why now the Sergio García Golf Academy?

It's something we've been thinking about for a long time and it's the right time...not only for me, but also for the club and, in general, for the sport of golf.

We have very nice projects, not only with the academy, we are also going to hold a golf tournament this year and we are projecting some series (golf tournaments) that we plan to hold in Spain from next year.

Q. You are coming off your first top ten of the year at LIV in New Jersey.

At the British Open I saw you disappointed with his golf, has the situation changed?

We are working on it.

I am a very sensational and very sentimental player.

What has happened in these months has not helped much.

Last week in New Jersey I noticed a much better head and attitude, and it showed.

We continue to work very hard on everything.

Q. He is one of the few players who has not denounced the PGA Tour, because he resigned from being a member.

No, I am consistent with my decisions, one of the reasons for going to LIV is to have more time with my family and if I combined it with the PGA Tour it would be impossible.

P. However, did you back down on your resignation to be a member of the European Tour?

lot of weight, and I also had the opportunity to speak with him after the British Open.

It was one of the things that most influenced my decision change.

We have a very good relationship and we had very nice moments in the Ryder Cup. We would like to experience more moments like this, but it will depend more on the decision made by the Tour.

P. So, will we see him playing in Europe?

I will not be able to be in the Spain European Circuit tournaments because I owe myself to the LIV Tour (they coincide in dates), but I will ensure a minimum number of tournaments in Europe to maintain my status as a member of the European Circuit and opt for the Ryder.

P. Did only Rahm's words influence or did someone else call you from the European Tour?

I made a couple of calls, getting nowhere in particular.

They let me see that there was a chance and everything will be cleared up when qualifying for the Ryder Cup begins. But Jon's words were what touched me the most.

Q. You accused Thomas Björn of very harsh words against you and the LIV players, did you speak to him?

Yes, we had a conversation with Thomas.

They are personal things, but it was a good conversation between friends.

I explained my feelings and my vision and he gave me his and the European Tour.

It helped a little, but it was more of a personal conversation.

P. Now that Luke Donald, the new European captain, is a friend, do you think it can help a possible election?

What is going to help me the most is my game.

is a good friend, but he's not going to get me just because he's my friend.

I want to play at the highest level possible and, if I don't qualify on my own merits, at least for him to have me on his radar.

But everything will depend on the decision of the European Tour.

P. Do you really believe that this conflict has a solution?

Yes, I am convinced.

We don't know how long it will take, but at some point it has to be fixed.

We must ensure that we all go the same way.

A strange sensation has been formed with all this, but the reality is that the PGA Tour has a competitor and it does not like it.

The LIV has tried to talk to them, but they are not up to the job.

We all want to go together hand in hand and, if possible, help the sport of golf.

Let no one believe that in my case it was not an easy decision.

I thought about it a lot, but you have to be brave in life too.

P. Is there anyone who believes that in his case it was a decision only for money?

Let them think what they want.

Money is important, we all work for money and for our family to be as good as possible, but it is not the only important thing.

We are all competitors and nobody likes to lose.

We also saw the possibility of doing something different, innovative;

Being a pioneer of all this also caught my attention.

Q. Is jumping on the LIV bandwagon easier now than when you made the decision?

Yes [laughs], I guess so, you have to be brave.

But are you still aware that if the door to Europe is closed to you, and without points in the world ranking, the majors will be over for you?

The world ranking is important and we are fighting for points.

I don't think they hesitate to give it to us because of the quality of players in LIV.

We knew that not playing big was a possibility.

Q. Money aside, what do you like most about LIV that you haven't found on the PGA Tour?

Personally, I like that you can play less tournament and win more money, as well as have more time for your family, but I like the product.

It is more active, faster.

People who complain about golf for being older, for taking too long.

For this reason, the LIV proposal is aimed at younger, more active people.

In four and a half hours everything is over and as a viewer you have the chance to do things before and after.

In addition, in each tournament there are incentives;

like concerts, activities you can do with your family.