A year ago, Carlos Alcaraz could not play the Montreal Masters 1000 due to lack of ranking to enter the table. Fourth in the ranking, this week he starts as second... 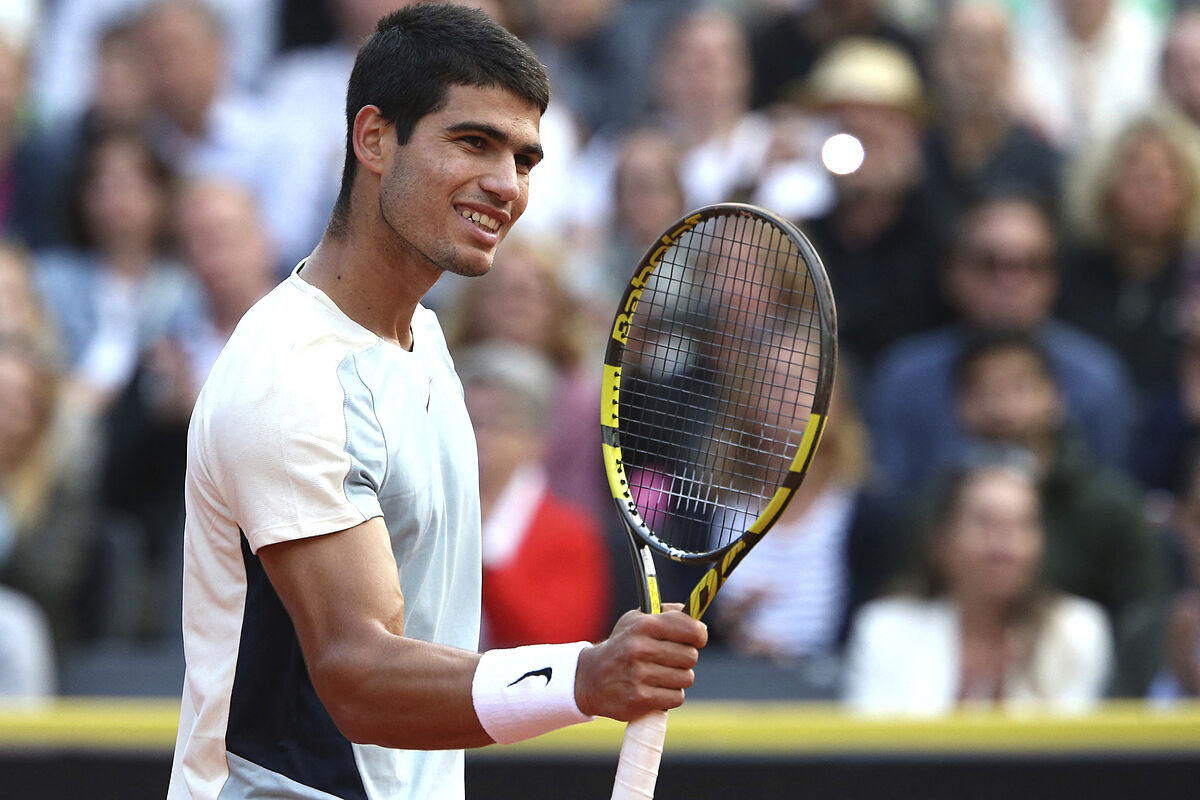 could not play the Montreal Masters 1000 due to lack of ranking to enter the table.

Fourth in the ranking, this week he starts as the second seeded, due to the absences of

, third, both injured, and he can start to count for promotion next week, after the Cincinnati tournament , to world number 1.

The expectations contrast with his latest results, consecutively defeated in the finals of the ATP 500 in Hamburg (

It is not about demanding everything from him, at 19 years old, in a formidable season where he already has four titles, but in both tournaments he came out as the top favorite.

In his return to cement since he won the first of his two Masters 1000 in Miami last March, Alcaraz only has

ahead of him , who faces a huge task to defend the head of the circuit in the coming dates.

The Russian comes from winning the ATP250 in Los Cabos the first title of the year, the fourteenth of his career, which strengthens him only slightly in the attic of the ATP, with 7,875 points.

His problem lies in the fact that in Montreal he risks the 1,000 collected last year as champion, the next, 360 as a semifinalist in Cincinnati, and as of the 29th, 2,000, as champion of the US Open.

A considerable undertaking for a tennis player who has not responded this year to the suggestive future announced with the conquest of his first Grand Slam title in the penultimate summer in New York.

The defeat against Nadal in a final of the Australian Open that he dominated with authority entailed something traumatic for him, who until last Sunday in Los Cabos had in Flushing Meadows the celebration of his last cup, apart from the Davis Cup.

Any option for Alcaraz to storm the skies passes, in any case, through the concessions of Medvedev, who would only have to appear in the final next Sunday in Montreal to guarantee himself the lead at the US Open.

The hypotheses of the Spanish go through reaching, at least, the final in the Canadian city and, as it was written, always at the expense of the Russian resident in Monte Carlo.

The Murcian, also champion this year at the Masters 1000 in Madrid and at the ATP 500 in Rio and Barcelona, ​​will debut tomorrow against the winner of the match between

and Tommy Paul, who play today, and has an apparently clear draw until a possible crossover in the quarterfinals with

, fifth favorite, and a semifinal against Sinner, seventh, who has beaten him in the last two matches, since he also did it in the round of 16 at Wimbledon.

Very unlike Medvedev, Alcaraz, who has 5,035 points, only has 485: 90 from the Winston Salem semifinals and 360 from the US Open quarters.

We must not ignore, much less Nadal, waiting for his reappearance.

The Mallorcan, number three, with 5,620 points, starts from scratch, given that a year ago he was injured and did not play in any of these tournaments.

Everything will add up for him.