Ott Tänak dominated the Finnish WC rally, winning by 6.8 seconds. The Estonian led after 21 of 22 stages - but still had a tough mental road to success. - The only thing I want to say is that I want to thank my wife, he says afterwards. 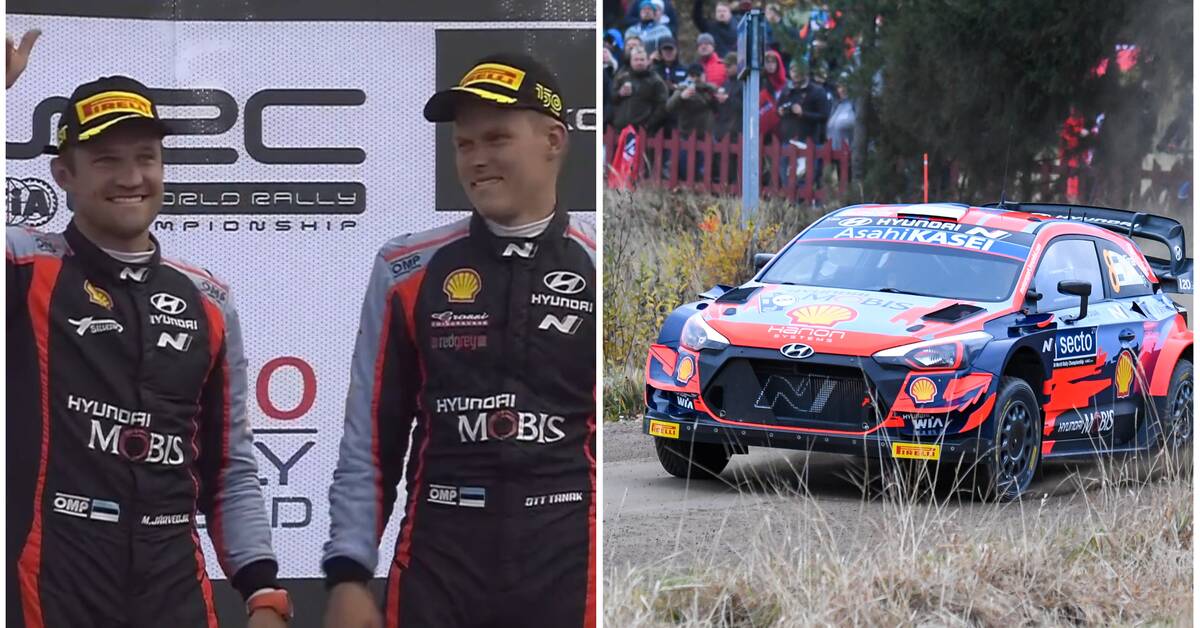 Thierry Neuville had the lead in the WC rally in Finland after Thursday's only stage.

After that, it was the Estonian flag and Ott Tänak's name that appeared at the top of the lists.

The whole of Friday, Saturday and even when Sunday was summed up.

Even so, he has constantly been heard complaining about the car and the feeling when he drives it.

In the end, the margin of victory for the Hyundai driver was written at 6.8 seconds.

In an interview immediately after the victory, Tänak was emotional after having problems with the feeling in the car all weekend.

- The only thing I want to say is that in these tough moments, it is my wife I want to thank.

She has supported me so much and I am very proud of her, says Tänak.

The win gives Tänak 25 points for the championship, which meant advancement in the overall to second place.

Kalle Rovanperä still leads, with a margin of 94 points.

- It was a good weekend, we can be proud of what we have done.

Even though I didn't win, I really enjoyed it, says Rovanperä.

Five competitions remain in the WC.