Julia Henriksson and Henrik Larsson are the fastest in Sweden

The first day of the Athletics Championships ended with finals in the 100 meters. Afterwards it was clear who are the fastest in Sweden: Julia Henriksson and Henrik Larsson. 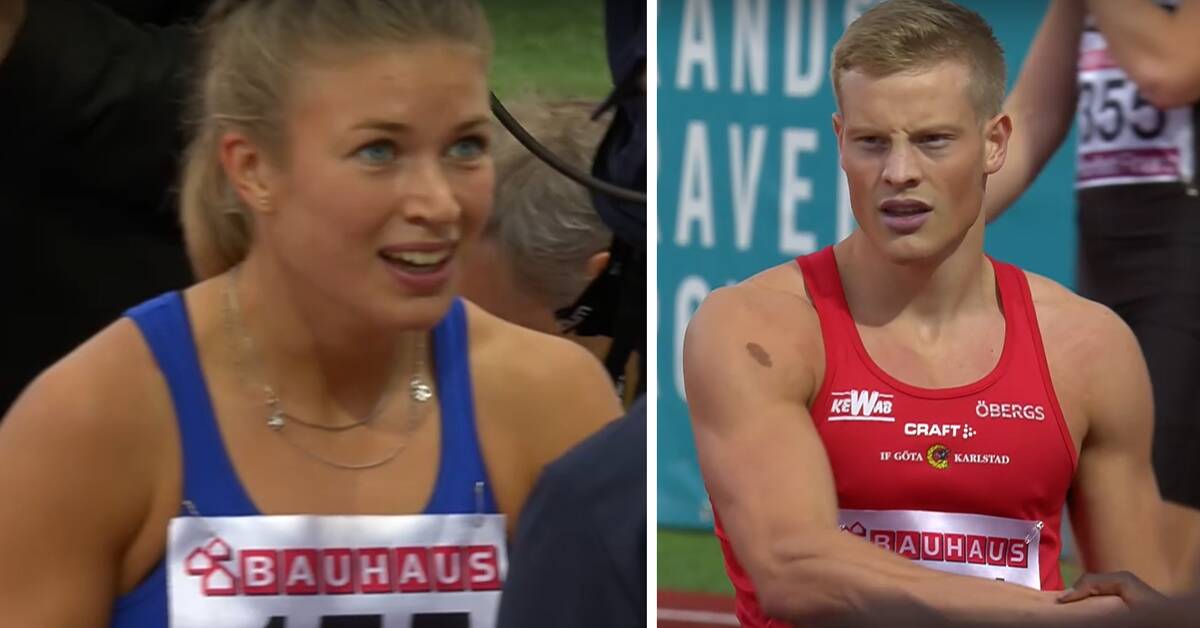 Both Henriksson and Larsson were early favourites.

For Henrik Larsson, the winning time was 10.30, just three hundredths off the year's best and a tenth over his personal best - even though the conditions were not the best with wet tracks after some rain.

- If he only gets good conditions now, it feels like for the first time in a few years he can challenge his personal record, which is not far from Peter Karlsson's Swedish record, says SVT Sports expert Alhaji Jeng.

Larsson himself was into the same thing.,

- The conditions weren't great with wet tracks and so on.

So there's a lot more to pick up.

Sooner or later the perfect match will come, it's just a matter of continuing to drive and hope that it will be at the European Championships, he said.