Barcelona President Laporta: We were discharged from the hospital and received 868 million euros

Barcelona president Joan Laporta expressed confidence in his team's ability to score all summer signings, and said the club was "out of hospital" after receiving hundreds of millions of euros within weeks. 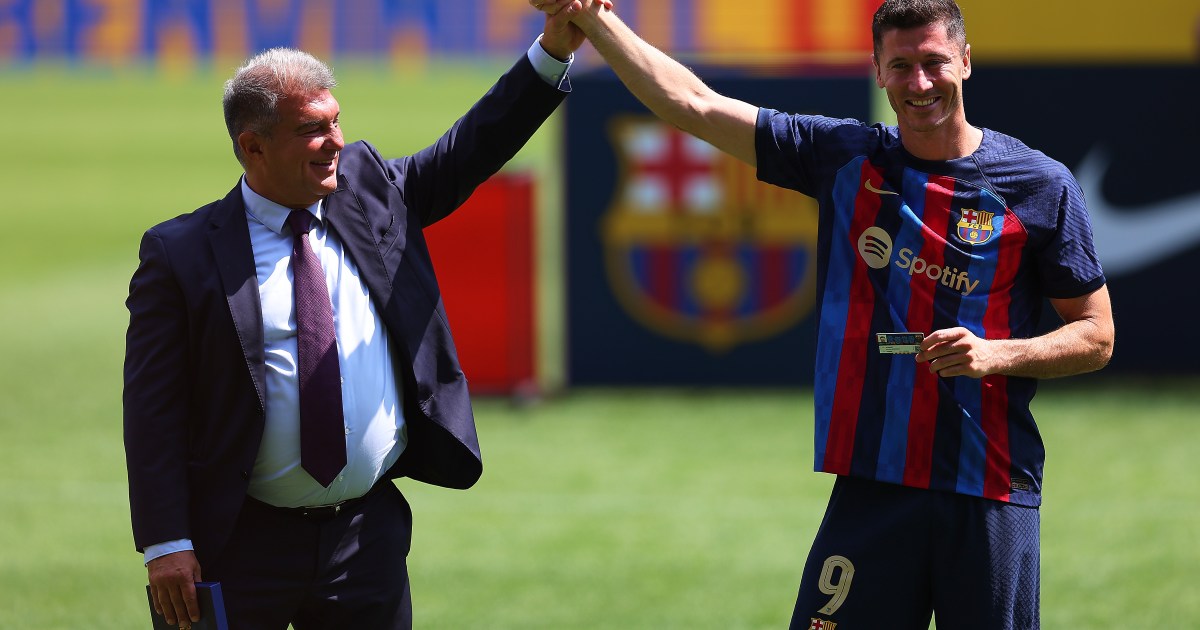 Barcelona president Joan Laporta expressed his confidence in his team's ability to score all summer signings, and said the club was "out of hospital" after receiving hundreds of millions of euros within weeks.

Laporta expressed his pride in the work achieved during the last period, which allowed FC Barcelona to obtain 868 million euros after selling a number of "cranes" that include waiving the club's rights in broadcasting and marketing deals for a specified period of time.

He said that the money raised by the club would allow him to register all the players he contracted with during the current summer, and to abide by the regulations of the Spanish Football League.

He indicated that his administration is ready to sell more "cranes" if there is a need to do so, in order to respond to the requirements of the League.

"If we need more, we will sell more. We are waiting for the decision of the League, we have committed to what is required. We are confident that we will be able to score them," he said during the presentation ceremony of Polish striker Robert Lewandowski today, Friday.

Laporta indicated that the money that the team obtained during the current summer allowed to ease the severe financial crisis that was threatening the future of the club, and said, "We have left the hospital and are recovering better."

The Barcelona president seemed happy with the deals concluded by the club in the past weeks, and said, "We are building a great team and we will continue to work," and expressed his happiness in signing the Polish striker, and said, "This is a historic day. It shows that Barcelona is more than a club. Thank you Robert for the effort you put in, it wasn't easy, but we did it."

Barcelona uses many mechanisms to increase its revenues in order to compensate for losses, reduce debts and meet the rules of financial fair play in the Spanish League.

Last Monday, the club announced the activation of the third economic lever and the sale of 24.5% of the audio-visual production company (Barsa Studios) to the "Socius" company for digital services.

Barcelona - whose debts amount to 1.3 billion euros - had previously activated two economic levers: the first was to sell 10% of the TV broadcast rights of the team's matches in the Spanish league to the American "Six Street" group for 25 years, before selling to the same company 15% From the rights to broadcast the TV matches.

The club also signed a shirt and home sponsorship deal with Spotify, in an agreement worth 280 million euros, and agreed financial plans in December to renovate the Camp Nou.