Polish striker Robert Lewandowski said goodbye to his colleagues in Bayern Munich, with the approach of resolving his transfer to Barcelona. 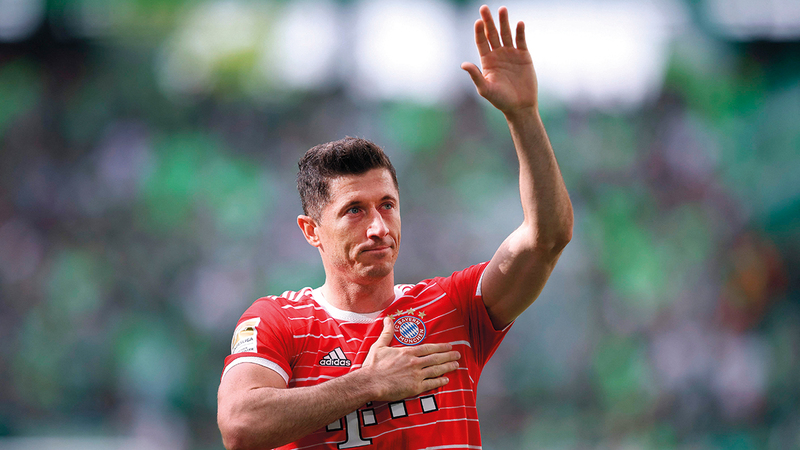 The Polish striker, Robert Lewandowski, said goodbye to his colleagues in Bayern Munich, with the approach of finalizing his transfer to Barcelona.

After weeks of speculation about Lewandowski staying at the Bavarian club, despite his desire to leave, Bayern Munich announced, the day before yesterday, that it had reached an agreement with Barcelona regarding the financial value of the transfer deal for its Polish top scorer.

"I would like to thank my colleagues, members of the technical staff and the club's management, and everyone who has always supported me and facilitated our mission towards winning titles for Bayern," Lewandowski wrote through his account on the Instagram photo-sharing network.

Lewandowski spent eight years at Bayern Munich, and won the (Bundesliga) title in all these years, and also won the Champions League with Bayern in 2020.

The Polish sniper broke the record for the number of goals scored in one season in the (Bundesliga), and won the award for the best player in the world twice.

"I am proud of what we have achieved together, and above all I want to thank the fans, because you made Bayern the exceptional club that it is now," Lewandowski said.

"I was honored to spend eight wonderful years with this club and its fans, and he will remain in my heart forever."

Media reports stated that Lewandowski, 33, will join Barcelona for four years, after reaching an agreement with Bayern on the deal, whose initial value is estimated at 45 million euros.

With the Bavarian, he won the German League 8 times and the European champions once.