The managing director of Rugby Africa, Azzouz Aïb, gives a positive assessment of the continental tournament which took place in Aix-en-Provence and Marseille from July 1 to 10. He saw the progress of rugby… 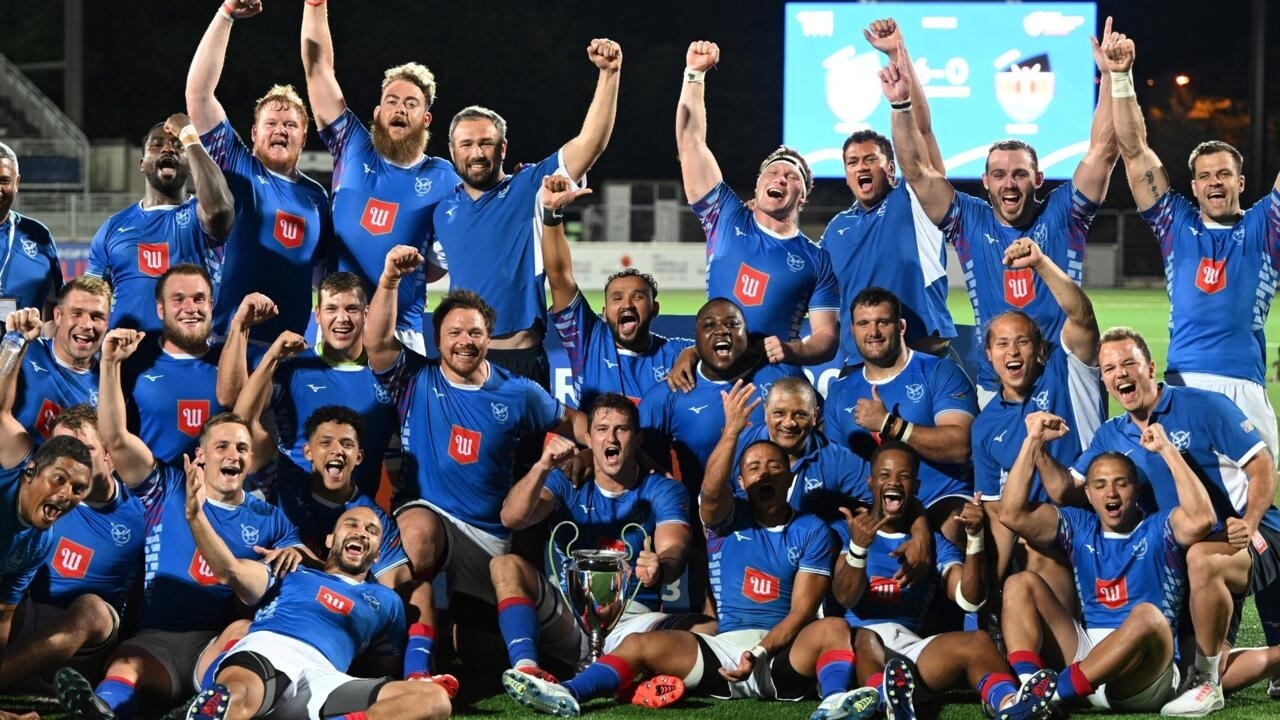 The Namibian rugby team won the Rugby Africa Cup hands down on Sunday July 10 in Aix-en-Provence and is celebrating its qualification for the 2023 Rugby World Cup. AFP - CHRISTOPHE SIMON

The managing director of Rugby Africa, Azzouz Aïb, gives a positive assessment of the continental tournament which took place in Aix-en-Provence and Marseille from July 1 to 10.

He saw the progression of African rugby there and pleaded for the organization of other competitions.

Some may have regretted that the event takes place outside the continent.

Do you still think this choice was a good one?

For us, it was a unique opportunity.

The goal was really to discover African rugby on European territory and in this sense, it is a successful bet.

This gave us good exposure, especially because the matches were broadcast on a private channel: Canal+.

We were aware that some people wanted this tournament to take place in Africa, but we made this choice to introduce African players, African techniques, a certain know-how, a singularity.

I repeat, but it was a great opportunity to be exhibited on French territory.

A country that represents rugby all over the world.

But I can assure you that the next Rugby Africa Cup will be on the continent, that's obvious.

Namibia again won the event, with a ninth trophy, and confirmed that it was the most competitive team on the continent behind South Africa.

Have you noticed any progress on the part of the other teams?

Honestly, we are delighted with what we saw throughout the tournament, we saw a good image of African rugby.

Some were no doubt surprised by the general level.

When I see that the so-called small teams like Burkina Faso have managed to hang on for 80 minutes in three games, I tell myself that the nations of the continent are on the right track.

We notice that there are more and more countries clinging on.

At the start, Namibia put 70 points to everyone... I find that the gaps are really starting to narrow and I think that soon, Namibia will be hooked much more frequently.

Algeria was undoubtedly the sensation of the tournament by taking 3ᵉ place.

Does this mean that the level becomes more homogeneous on the continent?

First of all, we must underline the exceptional work of the president of the Algerian Federation, Sofiane Ben Hassen, with his team.

I know that they have been working tirelessly for a few months, knowing a little about the Federation (

Azzouz Aïb is a former Algerian international and former vice-president of the Federation, NDLA

), they have worked hard.

It is a young Federation, but today, it opens doors to Federations from other countries that follow its example.

We also see that Côte d'Ivoire, Senegal, Burkina Faso are advancing little by little... In any case, this third place for Algeria, it comes to consolidate a team in full bloom.

Algeria must become an example and I hope that in the future it can become one of the favorites on African territory.

What needs to be done for African rugby to progress further?

Today, we should try to give our teams more opportunities to come together and play more.

Why not organize more frequent test matches with other countries on other continents?

The weak point of African rugby is that these teams do not meet regularly enough!

To develop rugby on the continent, these countries would have to be able to meet other teams outside: European, American, Asian... And that for us is a real challenge!

Why has Rugby Africa not succeeded so far?

It's a capital issue, but to do that, we need to find the financial means and that's why our action is limited for the moment... The qualifying tournaments for the World Cup and the Games Olympics (rugby sevens) are funded by World Rugby (the International Federation) but apart from these competitions, we are not subsidized.

If Rugby Africa wants to organize them, it must finance them itself, but today, it is not feasible.

Our challenge is therefore to find private means, a bit like for the Six Nations Tournament or other tournaments that we have seen in Asia or on the American continent.

We can create quality competitions.

For us, it's a real way out so that our Federations can move forward.