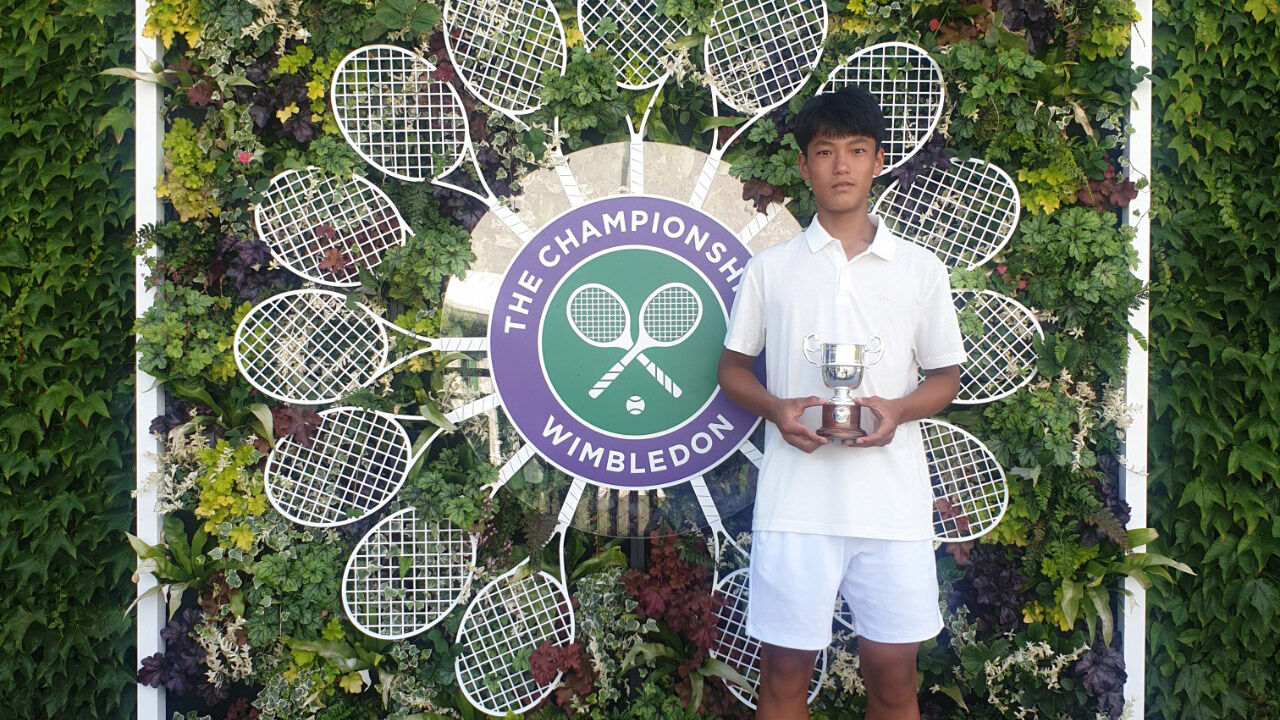 Se-hyeok Jo defeated Carrell Obriel Ngonoe of the USA 2-0 (7-6<7-5> 6-3) in the men's under 14 men's singles final on the last day of the tournament at the All England Club in Wimbledon, England.

The junior division, for players under the age of 18, continued as before, and for the younger players, the Under-14 was held for the first time this year at Wimbledon.

Hyeon Jeong, who reached the semifinals of the Australian Open men's singles in 2018, was runners-up in the 2013 Wimbledon Junior (under 18) singles.

This Wimbledon 14-under 14 singles event was held in a way that 16 players competed in the group stage, and the first place in each group advanced to the semi-finals.

Born in 2008, Se-hyuk Jo is ranked 1,79th in the Junior World Rankings of the International Tennis Federation (ITF), and 576th by Eun Go-noe.

Since the current junior ranking is from 2004, it is not easy for people born in 2008 such as Jo Se-hyuk and Eun Go-noe to make it to the top.

Jo Se-hyuk is a prospect selected for the 14-year-old European touring team run by the ITF in May of this year.

The ITF Touring Team is a program that the ITF uses the Grand Slam player development fund to select and nurture outstanding junior athletes from around the world.

Jo Se-hyeok, who is currently the No. 1 Junior Ranking of the Asian Tennis Federation, moves to Nantes, France to join the ITF 14 Cebu European Touring Team.

Se-hyuk Jo said through the Korea Tennis Association before participating in Wimbledon this time, "I am happy to be invited to Wimbledon, and my goal is to advance to the semifinals."