The left and right ace representing professional baseball, NC Chang-mo Koo and pitcher Ahn Woo-jin of Kiwoom met for the first time. Woo-jin Ahn won by decision with the best pitch of his career. 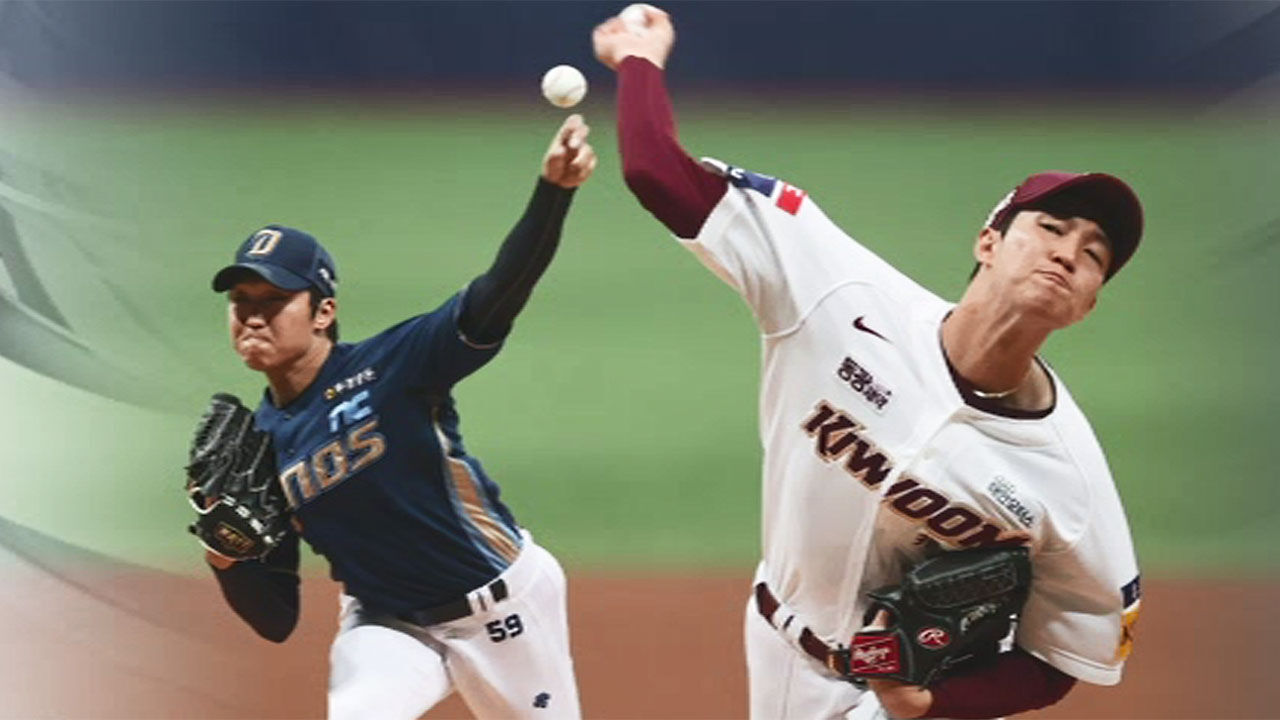 The left and right ace representing professional baseball, NC Gu Chang-mo and Kiwoom Ahn Woo-jin, faced each other for the first time.

Woo-jin Ahn won by decision with the best pitch of his career.

Woo-jin Ahn performed a strikeout show with a high-speed ball with a maximum speed of 157 km/h and a sharp slider, and Chang-mo Koo, with his blade-like control, as a weapon.

Goo Chang-mo, who allowed a walk in the 6th inning and reached 98 pitches, was replaced first, where the NC Gu Gu-jin allowed a just-in-time hit and the balance of 0 was broken.

Ahn Woo-jin, who had the lead on his back, gave even more strength.

He also appeared in the ninth inning for the first time in a starting game and struck out Son Asop, finishing his career-high 8 and one-third innings scoreless pitching.

Ahn Woo-jin, who reached the 10-win mark for the first time in his career, captured a personal tie-breaking 11 strikeouts, placing him in a tie for number one strikeouts.

2nd place Kiwoom went on to win three straight games, but the lead SSG did not allow a chase.

Starter Won-seok Oh faced only one batter in the first inning and was replaced due to back pain, but the second pitcher Min-Jun Choi's hot pitch and Shin-Soo Choo and Jae-Won Lee's home runs took the lead to defeat Samsung.

Samsung rookie Hyun-Jun Kim hit a right-handed hit in the fifth inning, increasing the hitting record for players under the age of 20 to 21 games in a row.

LG Kelly, the sole leader in multiple wins, had a chance to achieve 12 wins in the season with six scoreless innings before Doosan.