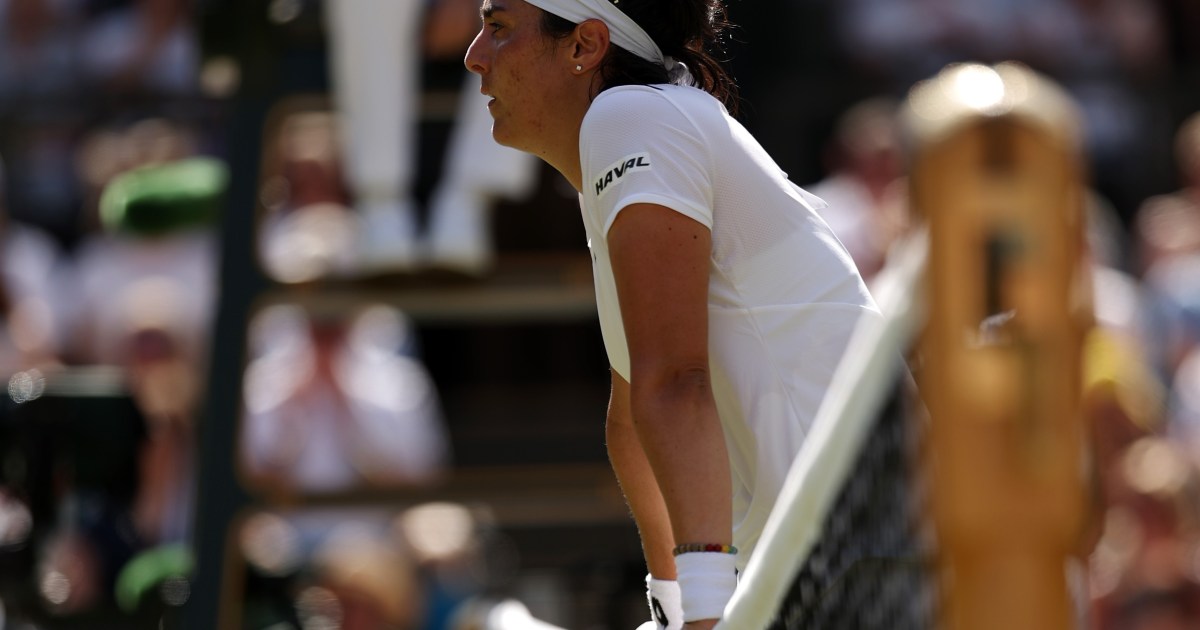 Rybakina, ranked 17th in the tournament, beat world number two Anas Jaber 3-6, 6-2, 6-2 to become the first player from Kazakhstan to win a singles title at a Grand Slam (Grand Slam).

Rybakina succeeded in turning her deficit in the first set into an exciting victory, eliminating the dream of Ons Jaber, who was looking to become the first player from an Arab country and from the African continent to win a Grand Slam title.

The Tunisian champion hoped to achieve an unprecedented achievement and delight the fans in her country, as her matches were widely followed in Tunisia.

Anas was called the "Minister of Happiness" in Tunisia, and the Minister of Youth and Sports, Kamal Dokish, said that a popular reception would be organized in her honor upon her return home.

The Tunisian star had a strong career this season, winning the Madrid and Berlin championships this year, and the title of Birmingham in 2021, but she will have to wait for more time before winning her first title in the major tournaments.