Once he had reiterated the privilege of his personal and professional situation, Rafael Nadal added: "I have little rest. When it's not one thing, it's another. This time it wasn't... 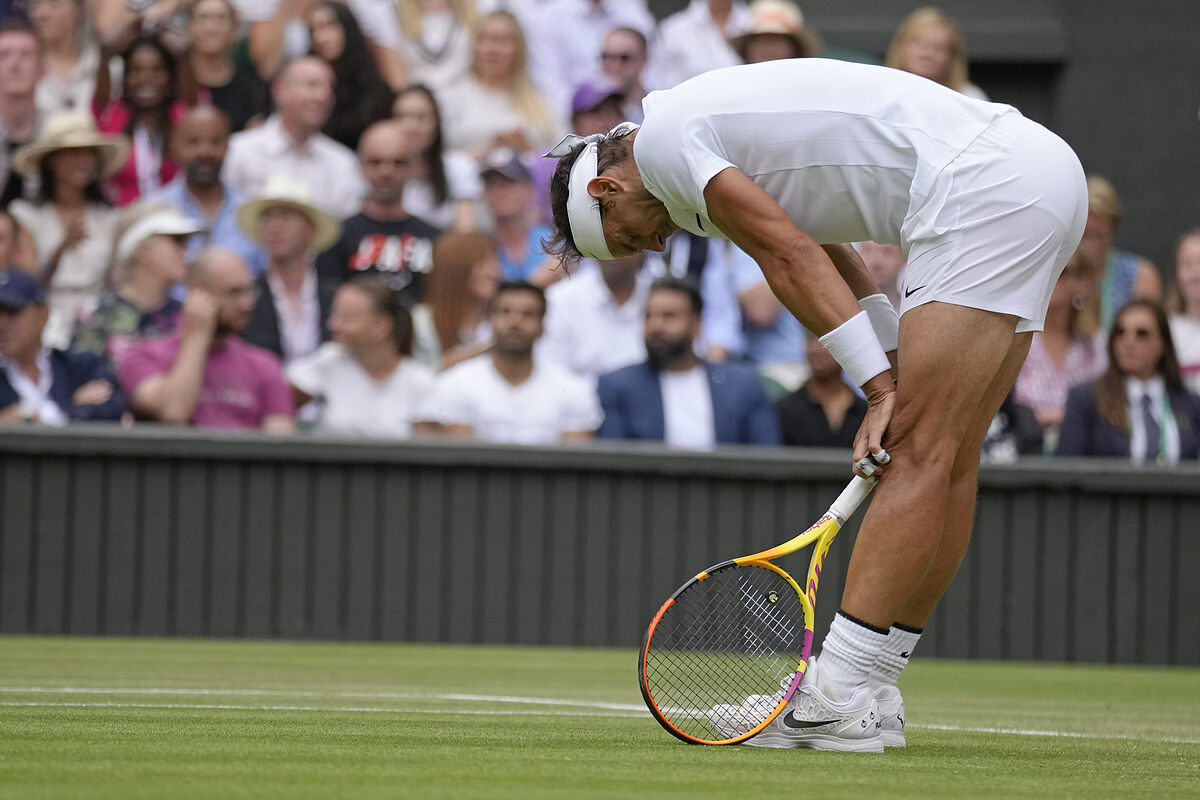 Once he had reiterated the privilege of his personal and professional situation,

added: "I have little rest. When it's not one thing, it's another."

This time it was not

's illness , the chronic injury to his left foot for which he has found an effective treatment that does not require him to infiltrate before each match, as he had to do at Roland Garros.

This time it was an abdominal problem whose extent is still unknown, two days before the semifinal against

The rib, yes, because last March, precisely against

, in the Indian Wells final, Nadal was able to verify that he suffered from a stress crack caused in the very tough semifinal against

He lost the final, the first match of an unblemished season up to that point, and saw his filming cut short for Roland Garros, given that he was unable to compete in either Monte Carlo or the Count of Godó.

He reappeared in Madrid, where he only played two games, falling in the quarterfinals against Alcaraz.

"These kinds of things heal over time," he repeated this Wednesday, after beating Taylor Fritz overcoming the conditioning of a pain that greatly limited his service.

It is the same reflection that he made when he suffered the injury in the Californian desert.

Neither the abdomen nor the rib.

His biggest concern is his foot, which at the moment does not hurt, or hurts "a little", as he admitted after Wednesday's match.

It was the chronic injury to the scaphoid that kept him off the court for more than five months, since he fell with

in Washington last August until his successful reappearance at the ATP 250 in Melbourne at the beginning of the year. ratified in a big way with the conquest of the Australian Open.

It was the same ailment that put him on alert again in Rome, when he fell in the round of 16 against

and left disturbing statements about his future.

He appeared in Paris with very short preparation, but he took arrests and tennis to win his fourteenth title, going over

in a colossal performance in the quarterfinals.

However, after each game he would refer us to the end of the tournament to talk about his future.

He thought about it before coming to Wimbledon, but the pulsed radiofrequency treatment in the scaphoid was successful and he did not overlook a tournament that could leave him in the position, nothing less, of squaring the Grand Slam in the same season, something that had in Djokovic's hand in 2021 and that only

Nadal suffered an abdominal tear at the 2009 US Open, where he lost in the semifinals to Juan Martín del Potro, the eventual champion, by a triple 6-2.

He reappeared four weeks later at the Masters 1000 in Beijing.