Hegerberg ahead of the European Championship premiere: "Northern Ireland is our only focus"

Tonight, Norway enters the European Football Championship against Northern Ireland. With the big star Ada Hegerberg back in the team - and with high expectations. - It is important that we do not lose our heads, says Hegerberg. 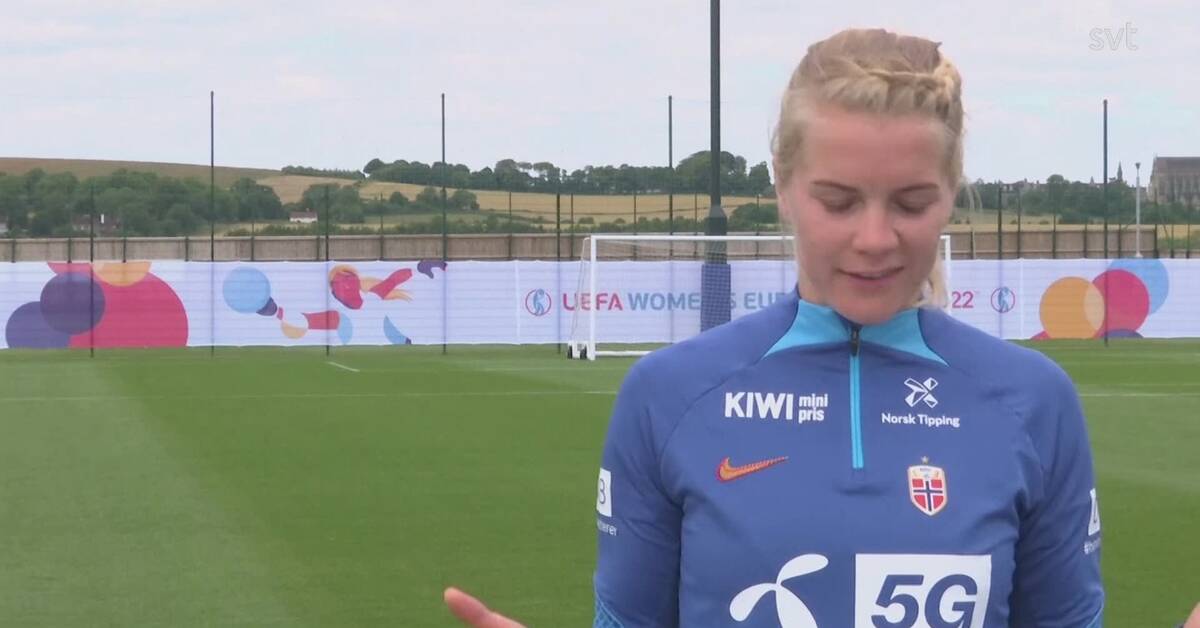 The 26-year-old Lyon star makes her first championship in five years and her comeback has contributed to Norway being painted as a medal candidate in England.

- I am very expectant, we have been in a kind of bubble since June 12.

I'm very eager to get started, right now it's just a good balance between expectations and focus, I would say.

Norway went to the World Cup quarter-finals 2019 and with one of the world's best players - Hegerberg won the Ballon d'Or 2018 - back in the national team, the association with Swedish national team captain Martin Sjögren in the lead now aims for the medals.

- I have received many questions about it lately, I can say, and I think it is very important that we do not lose ourselves.

I mean, you have to be ambitious, but at the same time you have to be brutally honest with yourself, in every moment, so you do not think you're better or worse than you are.

It is clear that we want to go far, but right now our only focus is to get a good result against Northern Ireland, get into it and see how far we can go.