The cobblestones delivered a breathtaking race in the fifth stage of the Tour de France won by Australian Simon Clarke (Israel PT) on Wednesday in Arenberg, where Belgian Wout van Aert kept his jersey… 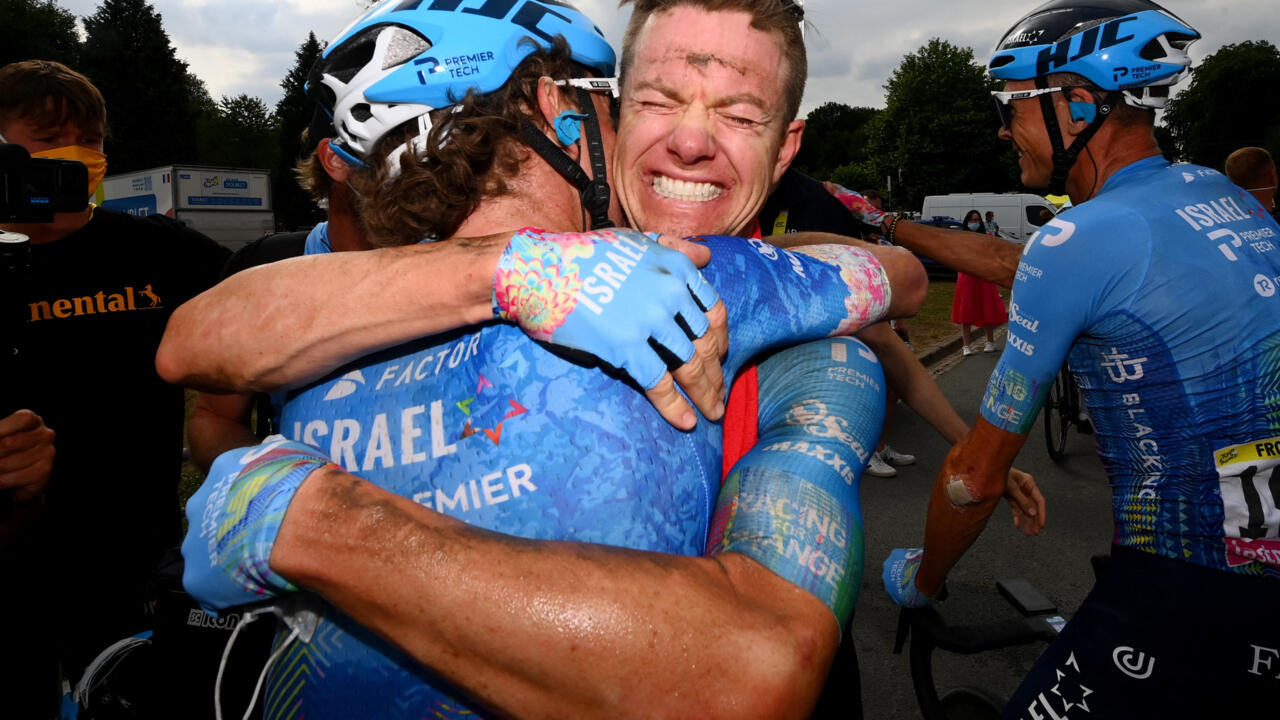 Australian Simon Clarke expresses his joy at the finish of the 5th stage of the Tour de France.

The cobblestones delivered a breathtaking race in the fifth stage of the Tour de France won by Australian Simon Clarke (Israel PT) on Wednesday in Arenberg, where Belgian Wout van Aert kept his yellow jersey.

The stage, in the dust, turned out badly for the Jumbo team, dominating the day before: if van Aert saved his yellow jersey despite a fall, the Slovenian Primoz Roglic lost more than two minutes on his compatriot Tadej Pogacar, the first of the favorites at the finish.

Pogacar, double reigning winner of the Tour, went on the offensive on the cobblestones 18 kilometers from the finish, in the company of Belgian Jasper Stuyven.

Very comfortable, he distanced all his opponents without succeeding however in a knockout in a race on dry ground.

Transformed into a super-teammate for the Dane Jonas Vingegaard, van Aert rescued his leader... And a few other candidates for the podium clinging to his coattails.

For the stage victory, Clarke beat his companions with a breakaway formed in the first quarter of an hour of the race.

The photo-finish was necessary to decide between the Dutchman Taco van der Hoorn, who came up in extremis on the line.

The wearer of the yellow jersey fell with one of his teammates (Steven Kruijswijk) some 97 kilometers from the finish, at the exit of a bend.

He resumed his place in the peloton eight kilometers later after narrowly avoiding another crash by going up the line of following cars.

At the front, the breakaway of six riders - Cort Nielsen, van der Hoorn, Boasson Hagen, Clarke, Powless, Gougeard - presented themselves on the first of the eleven cobbled sectors with 3 min 30 sec in advance.

Over the sectors, falls and punctures have multiplied.

Pogacar quickly found himself alone, without teammates, on the cobblestone sectors.

But the Slovenian, very comfortable, himself revived the pace several times at the head of the group.

Roglic, his runner-up in the 2020 Tour, was caught in a collective fall caused by a bale of straw encroaching on the road after being apparently hit by a motorcycle.

With Australian Ben O'Connor (fourth in the 2021 Tour), left behind in one of the first sectors, he is the main loser of the day.

At nearly 36, Clarke won a Tour stage for the first time.

A professional at the highest level since 2011, he won his seventh success in a list that includes two stages of the Vuelta.