This is Taylor Fritz, Rafa Nadal's rival: dangerous on grass, great server and mature after "overcoming difficulties from a very young age"

On court 16, in the heart of Wimbledon, in the heat of a fans fascinated by the closeness of the idol, Rafael Nadal made gloves this Tuesday with Marc López, incorporated... 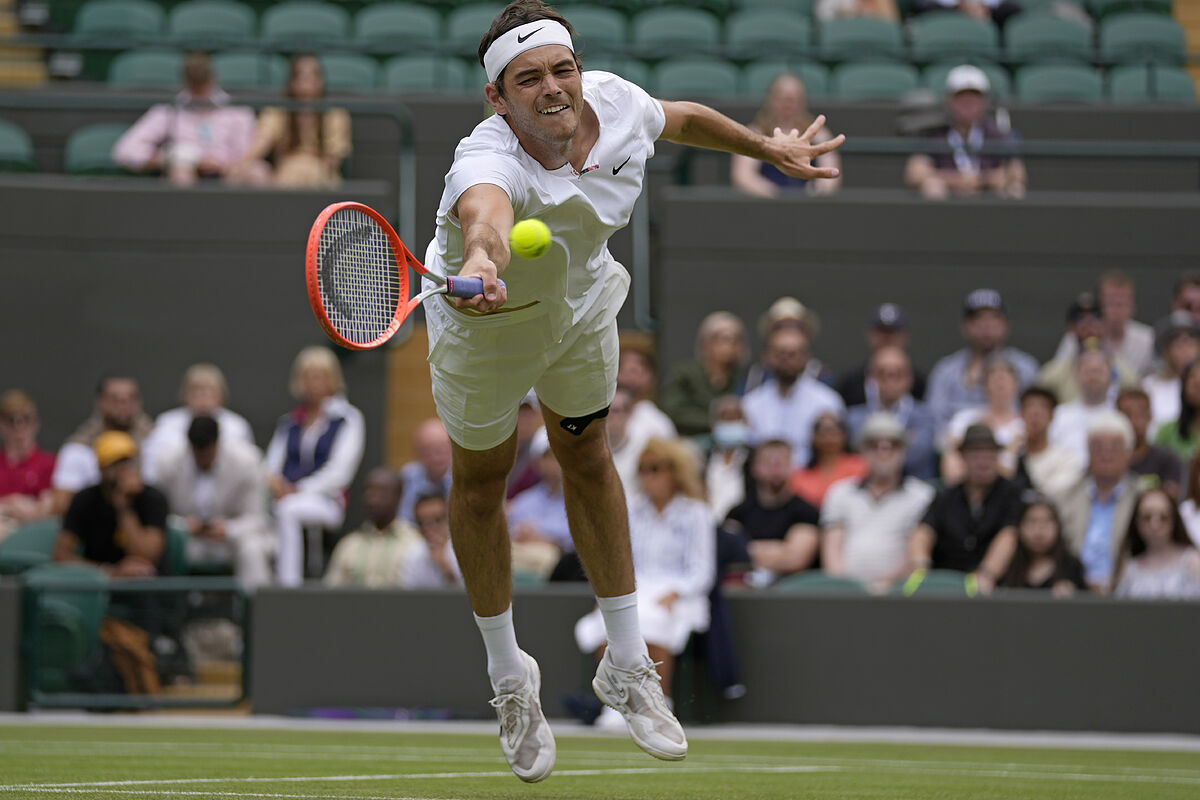 On court 16, in the heart of Wimbledon, in the heat of a fans fascinated by the closeness of the idol,

made gloves this Tuesday with

, who joined his team a few months ago, in a relaxed atmosphere.

The double champion of the tournament did not want to take refuge in the courts near the Aorangi, far from witnesses, and was seen fine-tuning the goal for his quarterfinal match this Wednesday (around 4:30 p.m., Let's go) against

“He is a player who promised a lot from a very young age.

He has gotten the best results from him recently.

He hits the ball very well and today he moves much better, hence he has raised his ranking.

He is dangerous on grass because his impact makes the ball run well and we will have to have a good day », comments

as he is near the players' room, once the work session is over.

There are many precautions, supervised by Nadal's press officer,

, in the face of the renewed threat of covid.

Always kind and generous with his faithful, Nadal is not exposed this time in the face of the demand for signatures.

He has rehearsed the sliced ​​backhand, he has replicated sliced ​​balls

from the center to impact with the

, specific movements for the tournament and the opponent they touch.

“We are trying on the rest day to do more specific things, situations that you can find in games, so that when it comes to executing them you can have the confidence and conviction after having trained them, something important, particularly on grass”, Roig explains.

Seeded 11, Fritz, 24, is through to his first Wimbledon quarter-final, his second at a Grand Slam tournament, having also appeared in this round at the last Australian Open.

This 24-year-old Californian has not lost a set, taking advantage of the corridor opened by the early elimination of

"He is one of the tennis players who has evolved the most in recent times. He has had to deal with difficult situations from a very young age. He became a father at 18 and had to get married. In the last season he has set the bar much higher and he is much more stable. He has gained confidence. He has a difficult game, he serves well, he hits a lot with his forehand, he has a bit of an extreme grip, but he hits far forward. He counterattacks well with the backhand. He is not spectacular but he is doing everything he has It's dangerous. You have to beat it. It doesn't overwhelm you, but it undermines you and if you give it space, it gains ground and you can't go back,"

former number 7 in the world, tells this newspaper.

Although it is true that he has not had serious opponents, he is the fourth player with the highest number of aces in the tournament, 58, after

Since he was 1.90, he has his best weapon in the service.

He has won 84% of the points with his first serve, the best record in the tournament after

, who only played two games having to retire due to injury.

«If Rafa was not among the first favorites at the beginning, now he is, once the first week has passed.

I have seen the last two games very well, although yesterday [on Monday, against

] it was a bit difficult for him to close.

But it is clear that in these games there has been a lot of difference when it comes to hitting the ball, dominating, being able to go forward.

In the end, when we see the statistics, the more he can go towards the net, the better he will be hitting the ball, which is what it is all about », comments Roig.

It will be the third confrontation between the two.

The most recent came last spring at the Indian Wells final.

He won Fritz 6-3 and 7-6 (5), but Nadal played with a crack in his ribs that had occurred in the semifinal against

A recent champion at Eastbourne, Fritz is in the prime of his career.

Until the aforementioned victory in Indian Wells, he had lost five finals, always subscribed to fast surfaces.