Pablo Laso's future plans: "Go back to training as soon as possible"

After the tidal wave of a Monday in July that will forever remain in the black history of Real Madrid basketball, Pablo Laso, officially liquidated the year of his contract... 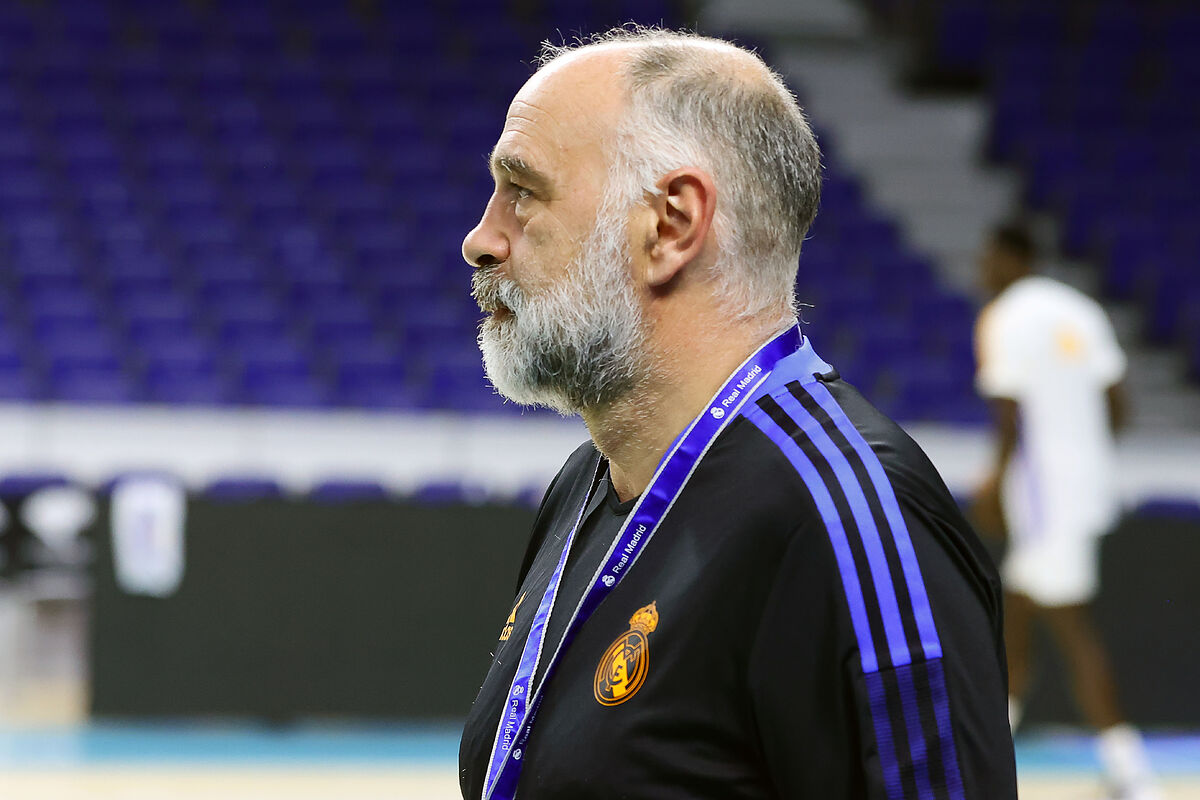 After the tidal wave of a Monday in July that will remain forever in the black history of Real Madrid basketball,

, officially liquidated the remaining year of his contract, was released.

For the first time in more than a decade, his vacation will not be marked by the classic stress of planning the new season.

Although before facing his future, the man from Vitoria wanted to publicly confirm his version of events, as an end to everything that happened.

Because the last word had been given to Madrid, who tried to normalize Laso's abrupt goodbye for "medical reasons only and exclusively", as a result of the myocardial infarction he suffered a month ago after the second ACB semifinal match against Baskonia.

He assured the club that he had "carried out several consultations with doctors and specialists in cardiology and all of them have expressed the evident risk that his health entails continuing as a staff coach at this time."

In his social networks, the coach was forceful in his response, contradicting that version: «Happy to share with everyone that I have full and express confirmation from the doctors who have treated me that I can train any basketball club professionally» .

It was the confirmation that Laso is leaving against his will, an improper departure for the coach who marked an era and who revived a section that had accumulated years of frustration before his arrival, six without lifting the ACB, 18 without playing a Euroleague final or 19 without winning the Cup. Next, Real Madrid, in a more affectionate official note towards his former coach - "it will always be his home" -, confirmed that for the next two seasons it will be

, the one who has been his main assistant since 2014, who replaces him at the team's controls.

, director of the section, Laso turned the page.

Suddenly, at the age of 54, a future that successes had postponed opens wide for him.

With the medical endorsement of his optimal state of health and his cache through the roof, his intention is to "return to training as soon as possible."

For now, he will take a few days off with his family and from July 18 he will take charge of his summer campus in Madrid.

He is aware that his departure has occurred at the wrong time for his intentions, with all the benches of the greats of Europe and the Endesa League - only the recently promoted Girona is vacant and is close to signing

As this newspaper has been able to confirm, Laso has already received several calls of interest, although he will wait for the most appealing option to emerge.

Without closing any doors.