Windy weather both on and off the track - despite this, Nick Kyrgios continues to deliver at Wimbledon. The Australian won the quarterfinals against Cristian Garin in three straight sets and is now ready for a historic semifinal. - I never thought I would reach a semifinal in a grand slam, he says. 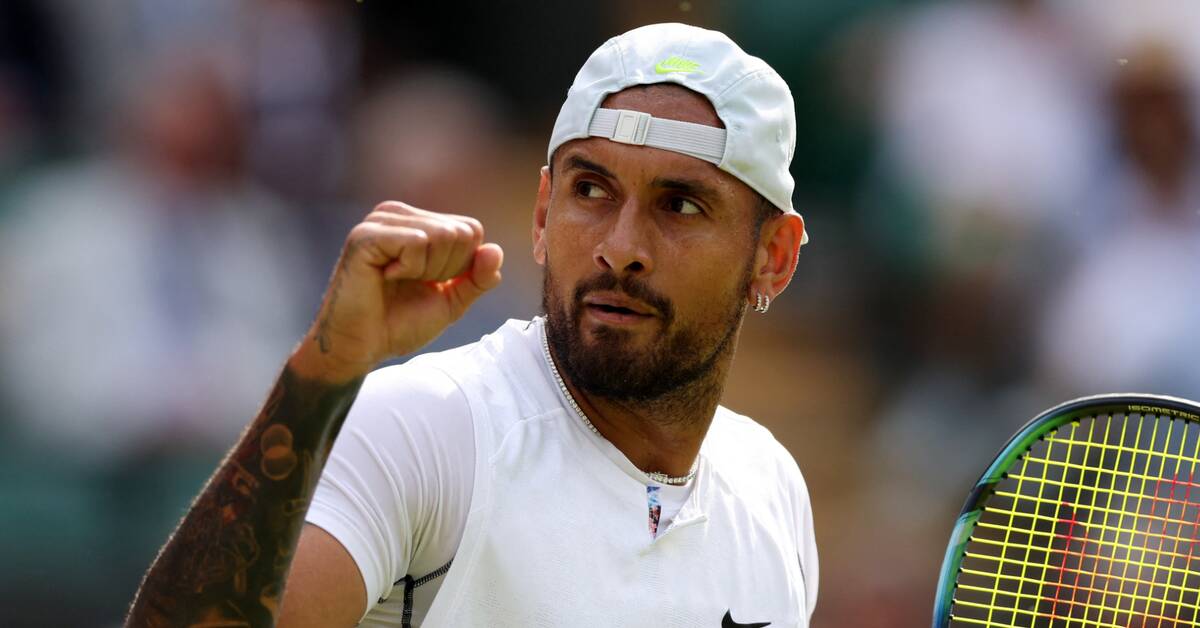 Australian tennis star Nick Kyrgios has been in bad weather during this year's Wimbledon.

On the way to the quarter-finals, he has, among other things, ended up in a real argument with Stefanos Tsitsipas and broken Wimbledon's dress code.

Yesterday also came the news that the 27-year-old is being prosecuted for assaulting a former girlfriend.

He is going to court in Canberra, Australia, and if convicted he risks up to two years in prison.

Therefore, it was also unclear whether he would play the quarter-final against Cristian Garin until the All England Club issued a statement earlier today.

- We have been informed about the legal process involving Kyrgios in Australia.

As long as this continues, we are not in a position to comment.

We are talking to his team and he will play the quarterfinals, said a spokesman for the All England Club according to TT.

Once out on the track, however, the Australian continues to impress.

In the quarterfinals, he had no major problems against 43rd-ranked Chilean Cristian Garin.

Thus, for the first time ever, he is in a semifinal in a grand slam competition.

As best before, he has reached the quarterfinals (2015).

- It was a fantastic atmosphere here today.

I never thought I would reach a semifinal in a grand slam, he says.

In the semifinals, the winner of the match between Taylor Fritz and Rafael Nadal awaits.