The Tour, an unstoppable money-making machine: monitoring in 190 countries, 650,000 euros for hosting a stage and 2.2 million in prizes

Without the Olympic Games or European Championship and with the World Cup moved to winter, the Tour, together with the Wimbledon tournament, monopolizes the center of the media scene and recovers... 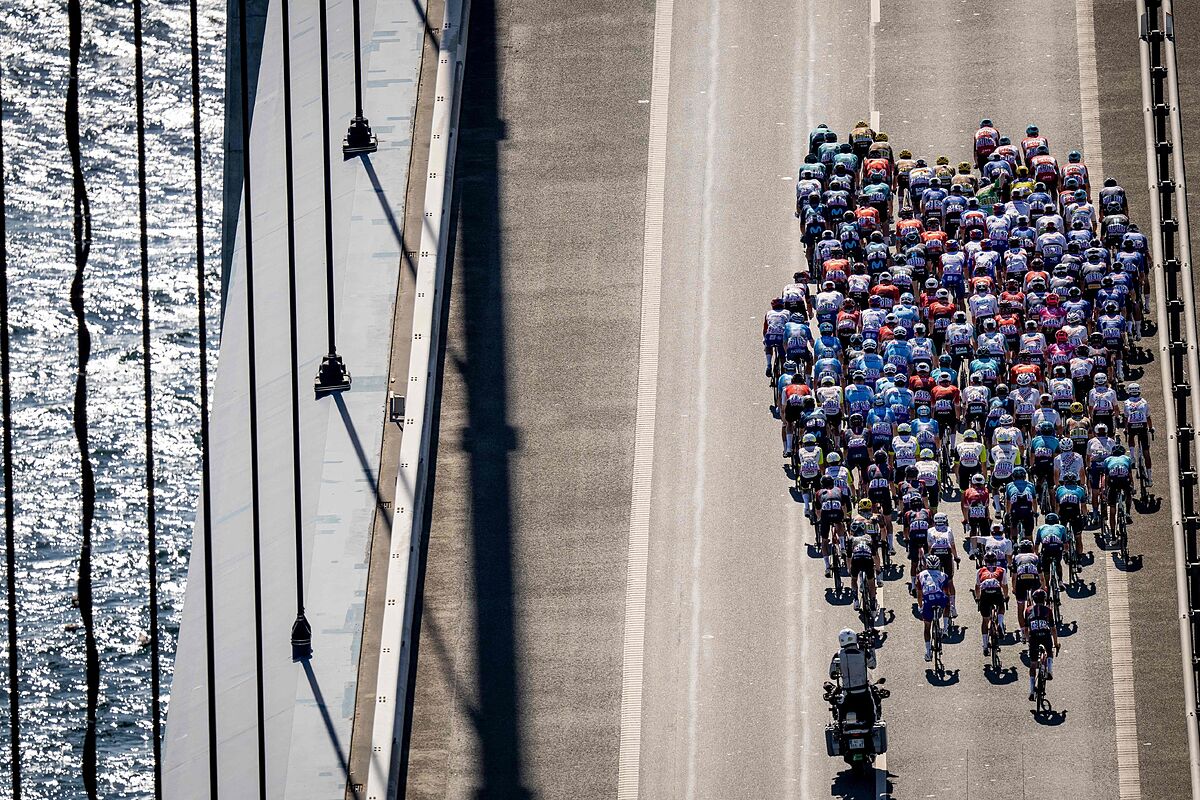 Without the Olympic Games or European Championship and with the World Cup moved to winter, the Tour, along with the Wimbledon tournament, monopolizes the center of the media stage and recovers its

prior to the pandemic.

, with a following in 190 countries and a potential audience of 3.5 billion viewers, is a huge moneymaker.

The race is organized by the company

(ASO), also owner of the newspaper

and the Vuelta a España or the Dakar Rally.

This company bills about 200 million annually, two thirds of that income is generated by the Tour.

60% of the round's resources come from the sale of television rights.

30% is contributed by its fifty sponsors and the remaining 10%, by the cities that host the event.

These amounts skyrocket when the race crosses the French borders.

The figures paid by Denmark could reach

for the three days of competition and the days prior to the start of the event.

Düsseldorf, 6.2 million in 2017. Leaving the country of origin is a huge logistical effort, but it also generates extra money.

, the benefits of hosting the Tour are substantial.

The cities could multiply by 10 the amounts invested due to the revenues obtained by the hotel industry, service companies and tourism.

The Tour is an excellent advertising platform.

In 2023, the French test will start, on July 1, from the Basque Country, starting in Bilbao and two more stages that will link Vitoria with San Sebastián and Amorebieta with Bayonne.

The disbursement of the Basque Autonomous Community will amount to 12 million euros.

The Basque Government, the three

provincial councils and the city councils of the Basque capitals

will assume the cost.

The autonomous Executive will face 75% of the total expense, about nine million euros, and the consistories and councils will pay about 760,000 euros each.

With the Tour, the organizers, the sponsors, the cities and, to a lesser extent, the protagonists of the event win.

In this edition, the prizes for cyclists amount to more than

And so on a descending scale until the last classified.

The winner of each stage will receive 11,000 euros;

These prizes are distributed among all the riders, technicians and assistants of the teams.