The driver is driving the bus for the Chinese Super League team, what can you hear and see? 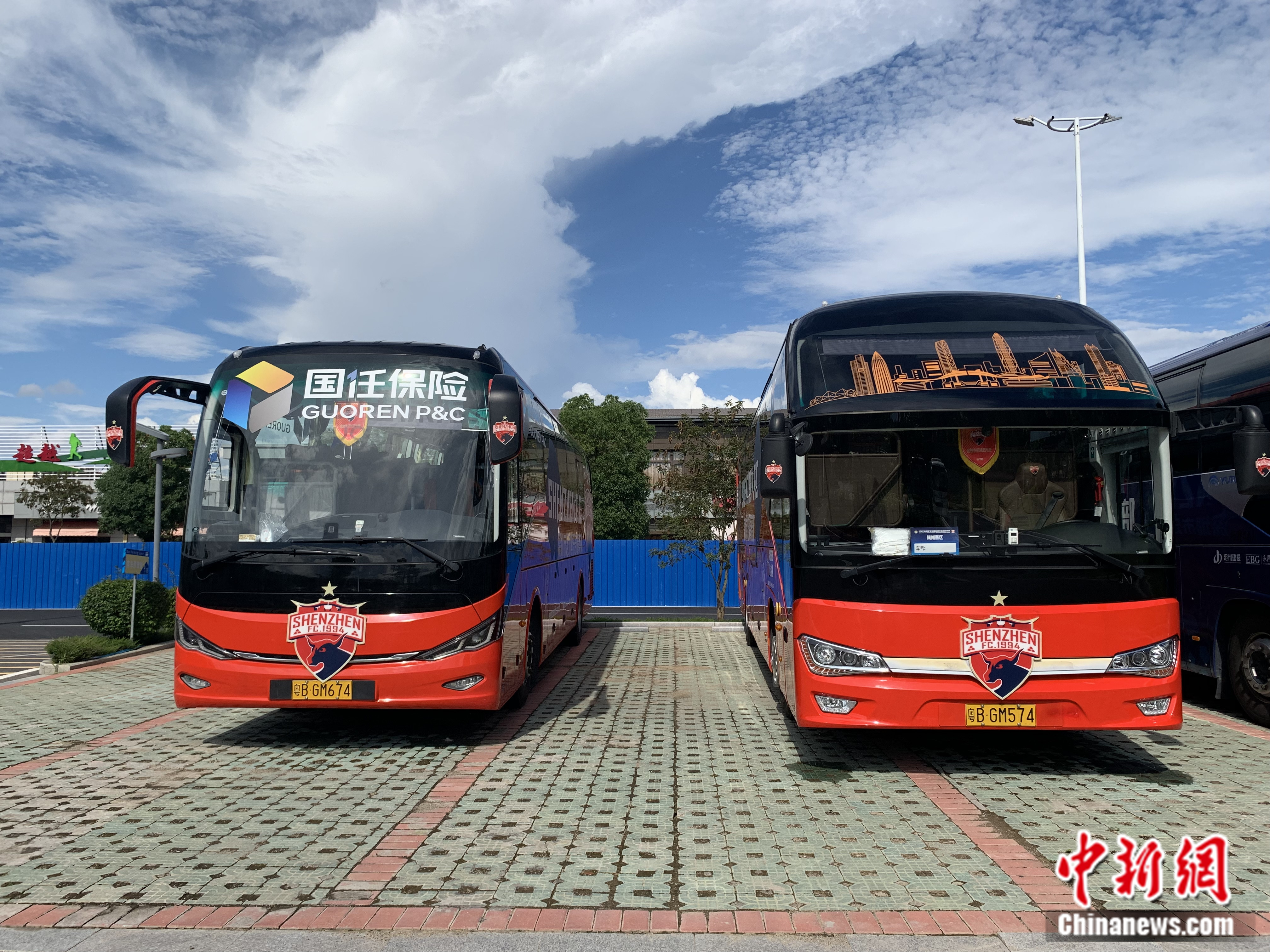 "It's okay to go from Shenzhen to Meizhou. It's only nearly 300 kilometers, and it takes 4 hours to drive there." said Master Lao, the bus driver of the Shenzhen team.

This is the third year that he has experienced the competition of the Chinese Super League.

In recent years, in the competition-based Chinese Super League under the epidemic situation, there are many bus drivers like Master Lao.

They drove the team bus full of unique local elements such as Guangzhou, Tianjin, Shandong, etc., shuttled through Haikou, Dalian, Meizhou and other cities in the competition area, becoming a unique scene under the competition system of the Chinese Super League.

The closed competition system allows the team bus drivers who were originally in different cities to get acquainted with each other.

Before the start of the season, the bus masters of each team also tried to run the match day route with the event organizers - whether it is convenient to turn, whether the height is allowed to pass, the location of the parking lot, the travel time...

In order to ensure smooth traffic during the race, every detail must be considered carefully.

Among the 6 teams in the Meizhou Division, the one with the farthest journey is Tianjin Jinmen Tiger, with a total of 2,000 kilometers.

Master Wang said that he and another master took turns driving, and it took nearly 3 days to arrive at the competition area, which was the longest journey they have experienced since the competition system.

The Cangzhou Lions team also refreshed the farthest itinerary. The two drivers took turns driving. After running more than 1,900 kilometers in more than two days, they finally arrived at the competition area.

The newly-promoted Chengdu Rongcheng team's bus spanned 1,800 kilometers, and the Shenzhen team was relatively close to the Meizhou Division, only nearly 300 kilometers. The host, the Meizhou Hakka team, was at the home court, eliminating the need to travel long distances.

The team bus of the Beijing Guoan team did not come to the competition area for the time being due to the epidemic.

If nothing else, their bus will come to the competition area to join the team in the second stage.

The bus of the first team players of Shenzhen Football Club.

The competition system under the epidemic situation lacks the extremely important home element in football.

Because of this, the Chinese Super League clubs in the competition area have arranged as many home elements as possible in their apartments, restaurants, and locker rooms in the stadium to create a home atmosphere as much as possible.

The team bus is also an essential part.

Zhao Bo, a staff member of the Tianjin Jinmen Tigers team, said: "The bus is not only a means of transportation for the team, but also a sustenance of the team's spirit and a symbol of culture, which will bring a sense of belonging. If you play outside for a long time, take a seat on the bus. There's also a 'homecoming' feeling when the team has their own bus."

Master Gao, the bus driver of the Cangzhou Lions, helped out at the training ground.

As a member of the club, the bus driver of the team usually helps with team work, pulling equipment, picking up balls, sorting clothes...

Master Gao, the bus driver of the Cangzhou Lions team, said: "Our team is to help each other and usually do what we can."

After coming to the club, he returned to the Chinese Super League with the team, and also traveled with the team to Dalian, Suzhou and other competition areas during the two years of the epidemic.

When it comes to becoming the team's bus driver, his biggest emotion is the atmosphere of home, and he feels very happy.

"I used to drive for strangers, but now I'm driving for my family."

Master Gao, the bus driver of the Cangzhou Lions.

Putting feelings into work is inseparable from love.

When he is not in the competition area, Lao Deng will be responsible for picking up and dropping off the players of the club's echelon.

"Actually, I also love watching children play football, and I'd like to be with them. Seeing their vigor and vitality makes me feel young." He said with a smile.

Lao Deng is a veteran football fan who has been watching football since the 1990s.

"I used to watch it on TV, but now I can actually get in touch and become a member of the club. I'm really happy." Lao Deng said.

In addition to football, Lao Deng also likes mountain climbing, hiking and cycling, and has clocked in around Qinghai Lake and Hainan Island.

In the division, he gets up every morning at 6 a.m. to run.

For him, it really combines hobby and work together.

Talking about his experience as a team bus, Lao Deng said: "Players are very tired after training and games, they should drive more steadily and the temperature of the air conditioner should be a little higher, usually 25 degrees or 26 degrees. A little higher to keep the players from catching a cold."

Master Lao, who is in charge of the bus for the first-team players (photographed in a parking state), photo by Bian Liqun, a reporter from Chinanews.com

Another bus driver of the Shenzhen team, Master Lao, is usually responsible for driving the players' bus. The 51-year-old is a veritable old driver with more than 30 years of driving experience.

"The interior of the bus has been designed to a certain extent, and there are many elements of the team. Since the players are generally taller, the distance between the seats has been widened, and the upper luggage rack has also been removed." Master Lao introduced.

Inside the Shenzhen team player bus.

Master Lao has driven trucks and long-distance passenger transport before, but these are not as many places as he has been since he came to the team.

"I used to be basically in Guangdong Province, and I can go to nearby Guangxi. In the past few years, I have been in the team, Dalian, Changchun, Yunnan... I have run a lot of places I have never been to before."

After becoming a bus driver for the Shenzhen team, Master Lao also fell in love with football.

Master Lao, the driver of the Shenzhen team's bus, adjusts the seat in the car.

For this job, Master Lao is very satisfied, "At my age, I don't expect anything more, I am very happy now, and it is enough to be steady."

He is very envious of Master Ye, the team bus driver who retired before. On the one hand, it is because he can retire in the profession he loves.

On the other hand, Master Lao has not yet experienced the home and away league.

"I heard from Master Ye that the previous home and away games are more interesting. Every game day, there are fans around the team's home field and the bus to greet the team. I have never experienced that feeling." He said.

Master Gao, the bus driver of the Cangzhou Lions, misses the home and away season in 2019 before the epidemic: "Not only the players, but also the drivers feel the atmosphere is different. He will be very enthusiastic and motivated in home and away games, especially in his hometown. That feeling is irreplaceable. I hope the days of home and away games can return as soon as possible." (Reporter Bian Liqun)