in front of my family... Choo Shin-soo's first home run on stage in Korea

Shin-Soo Choo, a professional baseball player from SSG, led the team to a five-game winning streak with his first home run at the end of the Korean stage. It was a dramatic shot that exploded in front of the family who visited the stadium. 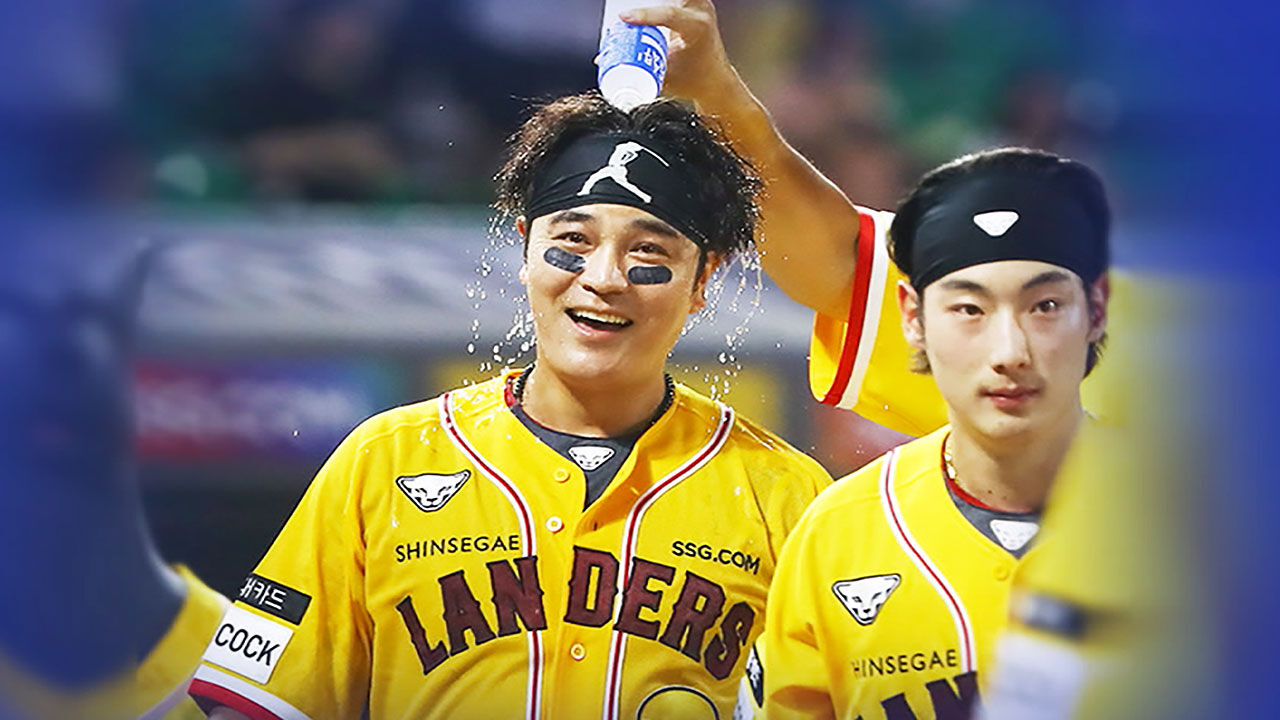 Shinsoo Choo of SSG, a professional baseball player, led the team to five consecutive victories with his first home run at the end of the Korean stage.

It was a dramatic shot that exploded in front of the family who visited the stadium.

While his wife and children, who came to Korea last week, visited the crowd, Shin-soo Choo had a hard time getting his batted ball into the glove of the Lotte Beasts.

In the two-out at the bottom of the ninth, Shin-Soo Choo finally became the winner of the game.

His family was thrilled with his first walk-off home run after 206 matches on the Korean stage, and Shin-soo Choo, who led his five-game winning streak, said he was encouraged by a text message from his daughter he saw while entering the clubhouse at the end of the game.

[Shin-Soo Choo/SSG Outfielder: He sent a text message in Korean.

In the ninth inning of two-out full base opportunity, one point behind Doosan, the match seemed to end with Lee Jeong-hoo's ground ball, but Doosan second baseman Kang Seung-ho committed a bad throw and Kiwoom overturned the game.

LG starter Kelly completed the 7 innings and 1 run with an amazing jump catch in the 7th two-out crisis of filling out bases, and sprinted to the lead with 11 wins in the season.

NC beat Hanwha 1-0 with the final blow of Park Min-woo in the 10th overtime and ran for three consecutive wins.