The Dubai Racing Club announced that Meydan, the most prominent horse racing track in the UAE, will host the first of 21 racing ceremonies on the fourth of next November, within the new season 2022-2023, which was recently announced by the Emirates Racing Authority.The club also revealed that generic copy 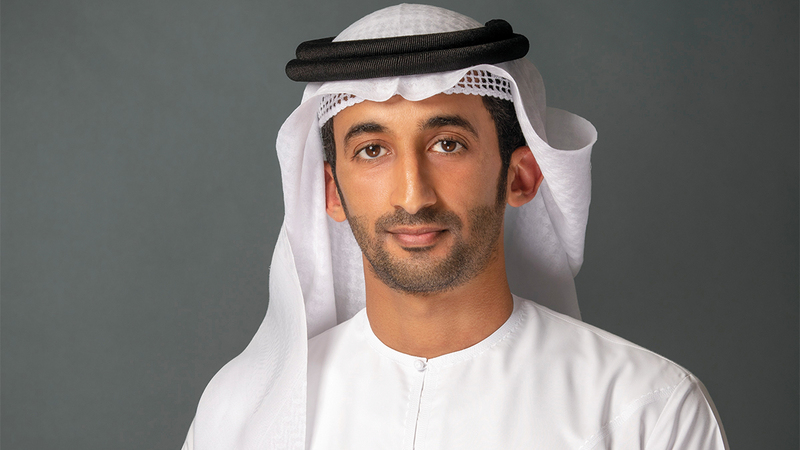 Dubai Racing Club announced that Meydan, the most prominent racetrack in the UAE, will host the first of 21 racing ceremonies on November 4, as part of the new season 2022-2023, which was recently announced by the Emirates Racing Authority.

The club also revealed that the 2023 edition of the "Dubai World Cup", the most prominent and most important event in the world in the field of horse racing, which is one of the most important factors that confirm Dubai's position as a major center on the map of global horse sports, will be held on Saturday, March 25, within an evening Its prize money is $30.5 million.

On this occasion, Sheikh Rashid bin Dalmouk Al Maktoum, Chairman of the Dubai Racing Club, expressed his thanks and appreciation to His Highness Sheikh Mansour bin Zayed Al Nahyan, Deputy Prime Minister, Minister of the Presidential Court and President of the Emirates Racing Authority, for the support and encouragement extended to him by His Highness. This ancient sport, with its connection to the history and culture of the UAE, said: “We appreciate His Highness Sheikh Mansour bin Zayed Al Nahyan, for his wise guidance and continuous follow-up, which resulted in an improved program for the 2022-2023 horse racing season, and we also commend the efforts of the Emirates Racing Authority team, And the contributions he makes enrich the activities of this distinguished program.”

He added, "We are pleased to announce the Meydan program, which comes in a new form, including a number of additions and improvements. There is no doubt that the new season program will provide greater opportunities for international horses to compete during the Dubai World Cup Carnival."

Sheikh Rashid bin Dalmouk Al Maktoum noted the close ties that bind Dubai to the horse racing community around the world, and said: “We cannot fail to confirm our appreciation for the great support of local owners, coaches and jockeys, as well as racing pioneers, and we look forward to welcoming them to the icon of global racing, Meydan Racecourse, at The start of the (racing in Dubai) season will be on November 4th.

The Chairman of the Board of Directors of the Dubai Racing Club confirmed that Dubai continues to develop the horse racing system that takes place on its land in light of the long experience it has in the field of organizing horse races, which extends for more than 40 years, as the date of the launch of the first horse race in Dubai dates back to October Since 1981, efforts have been made to consolidate the position of the UAE as a major destination for horse racing globally, and to confirm Dubai's position as one of the world's most important cities in the world.

Local races begin at Meydan Racecourse on the 4th of November, and the excitement rises to a higher level with the launch of the 20th edition of the Dubai World Cup Carnival, the most prominent social and sporting event in Dubai, which welcomes owners, horses, trainers and jockeys from all over the world, and the first party of the carnival will open on Friday January 6, 2023.

The next edition of the Dubai World Cup Carnival will be even more powerful and attractive, with prize money totaling more than $7.5 million, and the carnival races will conclude with a Super Saturday party on Saturday, March 4th.

The Dubai World Cup carnival, which was launched for the first time in 2004, will witness the 2023 edition of the addition of new races, including the Thunder Snow Challenge for a distance of 2,000 meters on the sandy ground, with prizes of $150,000, and the race is in honor of the horse that won two copies of the Dubai Cup. World Thunder Snow, and the race can be an indicator of the capabilities of the horses competing in the Cup.

Among the new races, the Ebi Tombi Stakes, for foals and mares, over a distance of 1,400 meters on the grass, with prizes amounting to $150,000.

The Dubai World Cup Carnival includes 21 races of categories for purebred horses, while the purebred Arabian horses retain their share in the carnival, which also offers them new races, including the Emirates Speed ​​Championship - for Arabian horses in the second ceremony, in addition to the three rounds of the Al Maktoum Challenge for Thoroughbred Arabian horses from The first category. The Dubai World Cup Carnival in 2023 will provide ample opportunities for handicap race horses by including 20 handicap races distributed on sand and grass tracks, with prizes valued at no less than 75,000 dollars per run, and the Jumeirah Turf races for three-year horses return for the second season, Noting that last season's winner, "Nation's Pride", participated in the English Derby in the first category this year.

"We appreciate His Highness Sheikh Mansour bin Zayed's directives and continuous follow-up, which resulted in an improved program for the new season of horse racing."

"Efforts are concerted to consolidate the position of the UAE as a major destination for horse racing, and to confirm Dubai's position as one of the most important cities concerned with it in the world."