Angeldahl's strange statistics: "Makes you grow as a human being"

In the last three seasons in the club team, Filippa Angeldahl has scored three league goals. In the national team, it is a completely different world. Four goals in the last seven World Cup qualifiers. - If you have self-confidence, you play your best football, I feel that here, Angeldahl says to SVT Sport. 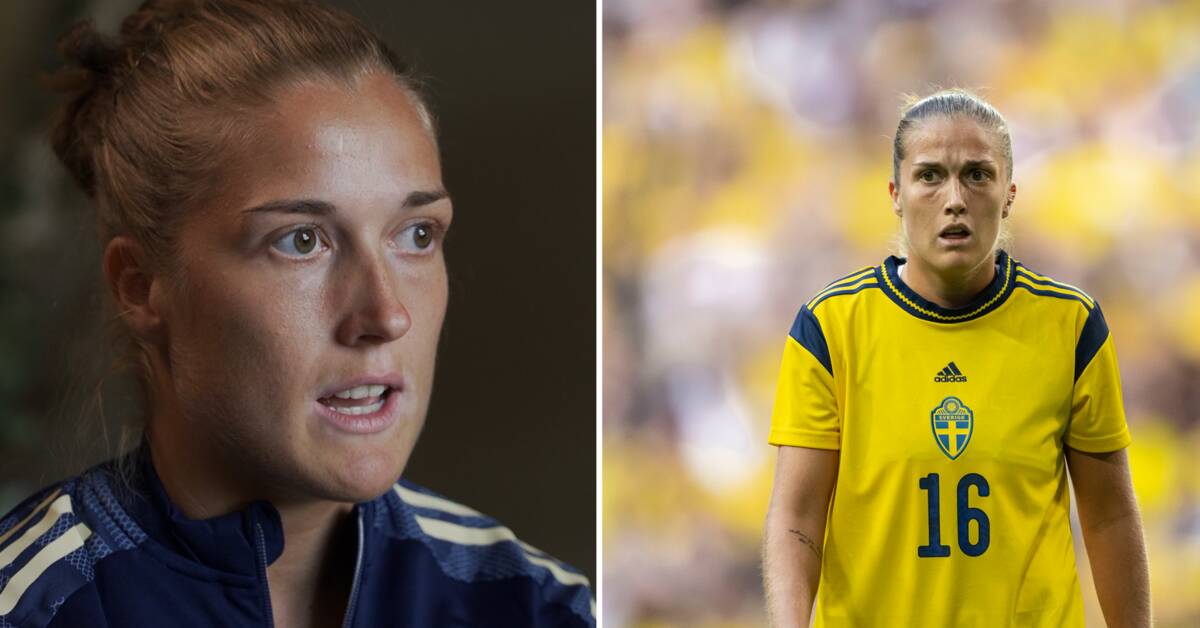 There she gets to train and compete at a high level on a daily basis, a developing environment, she says.

But the playing time has not been given and the score production has been absent.

Despite that, Vaksala-educated Angeldahl enters his second championship with great confidence.

In the national team, she has delivered at a very high level.

What works in the national team?

- I think it's a lot about self-confidence, that the players and coaches trust me.

It makes you grow as a person and dare to do your thing on the pitch, she says.

During the Olympics last summer, the 24-year-old made his big breakthrough both at the international level and for the common man in Sweden.

In this summer's championship, she will be allowed to play in her current homeland, which she came to after moving from BK Häcken last year.

Manchester City sounds grand and big, how is that?

- It is good, awesome facilities and I develop every day in a good and challenging training environment.

I live my dream, I get to play in the national team, belong to one of the world's best clubs and get to play football.

On Saturday, Sweden will premiere in the European Championship, against the Netherlands in Sheffield.

- It is clear that you have longed for this, these are the big matches you want to play.

I look forward to it very much.