“It makes sense to introduce two new categories”: an endocrinologist on the admission of transgender athletes to competitions

The proposal to lower the upper testosterone threshold for transgender athletes has merit. This was stated in an interview with RT by an endocrinologist, doctor of medical sciences, professor of the department of endocrinology at Sechenov University Marina Kalashnikova. In her opinion, if a sex change occurs after the onset of puberty, athletes get a tangible advantage over women during the competition, since their body has time to form in the male type. 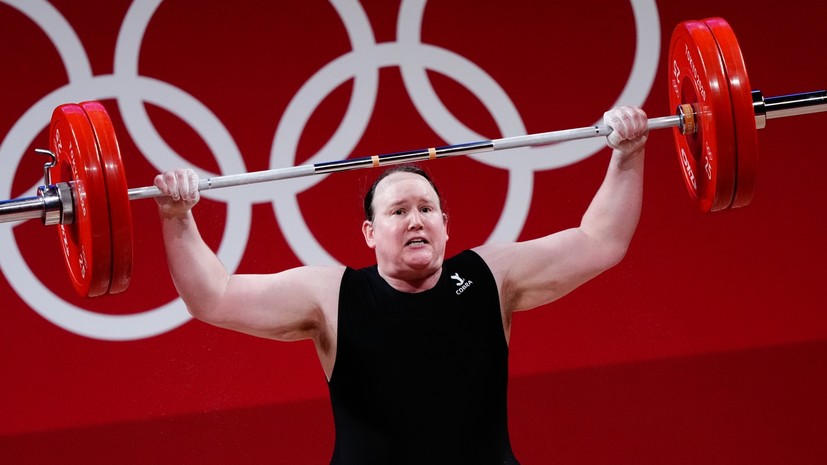 - At the moment, in a number of sports, transgender people are allowed to compete in women's competitions if the level of testosterone in their body does not exceed 5 nmol / l.

How do you think this is correct?

- From a medical point of view, a transgender is a person who is steadfastly aware of his belonging to the opposite sex, despite the correct formation of the sex endocrine glands (testicles or ovaries) corresponding to the genetic sex.

That is, this person psychologically feels either a man enclosed in a woman's body, or vice versa.

The first cases of violation of gender self-identification were described in the 19th century, and only since the 70s of the last century in America and some European countries began to carry out surgical treatment to change the anatomical sex.

However, it was about the rarest cases of transition.

And it is unlikely that these patients would participate in competitions.

However, the situation in the world is rapidly changing.

Now, more and more often, transgender men come to women's sports, in which physical development and testosterone levels have certain differences from female anatomy and physiology.

Is it possible to determine whether a person is a man or a woman solely by the level of testosterone?

How else physiologically will a transgender woman differ from an ordinary woman?

- Initially, sex is formed at conception, hence the first sex is genetic and is determined by the set of sex chromosomes XX or XY.

In the future, sexual differentiation includes a number of successive processes, including the formation of the corresponding gonadal, hormonal, phenotypic, and psychological sex.

And finally, by gender, we define the social sex of a person (male or female), which is characterized not only by biological characteristics, but also by certain behavior, dressing habits, lifestyle, status, psychology and other differences that exist between a man and a woman.

The formation of self-identification and belonging to the male or female sex usually coincides with the original genetic sex.

If we are talking about hormones, then one of the fundamental differences between men and women is the level of testosterone production.

The content of this hormone in the blood of women normally does not exceed 7% of its content in adult men.

Testosterone affects the formation of almost all organs and systems of the male body during puberty and in adulthood.

All these physiological differences between the sexes undoubtedly determine the possibility of achieving results in many sports.

Therefore, I believe that the determination of testosterone levels before the competition is necessary, but cannot be decisive in terms of the admission of such athletes to women's competitions.

- How much does the age at which the transformation occurs affect a person?

Does it matter if it took place before or after puberty?

So, in swimming, they decided that it was logical to carry it out before the onset of puberty - at 12 years old.

- The average age of onset of puberty is 10-11 years, and therefore the restriction of 12 years is justified.

If the transition is carried out after 16-18 years, the body is already formed according to the female or male type.

If a person grew up and formed in the male field, and at the age of 20 decided to change gender and become a woman, then after a surgical operation (removal of the testicles), his testosterone level will undoubtedly decrease.

At the same time, it would be wrong to compare the physical development of such a person with the physiological capabilities of ordinary female athletes.

- How does testosterone level affect a person's strength and how fast can it rise?

Relatively speaking, human analyzes on the eve of the competition show the required 5 nmol/l, and immediately before the start, the corresponding indicators increase.

- The use of testosterone preparations to achieve higher achievements in sports is not a new topic.

The ban on the use of anabolic steroids and the control of their blood levels in an athlete has now become a prerequisite for admission to competitions.

However, in order to achieve results and wins in various tournaments, the established rules may change.

This directly applies to transgender people.

- What is the maximum level of testosterone that a woman must have in order to be allowed to compete?

- The concept of the norm is very flexible and depends on who made up the control group for choosing reference values, whether more women with testosterone slightly above the average got into it, or vice versa.

From here, the reference interval is formed.

In other words, in one laboratory, the upper limit of normal testosterone will be 1 nmol / l for a woman of reproductive age, and in another - 2.5 nmol / l.

At the same time, the indicated value of 5 nmol / l is twice the average limit of normal for the average woman.

If this level of testosterone is fixed in my patient, she will have serious problems: excessive hair growth on the face will appear or hair loss on the head in a male pattern will begin, acne rashes and other manifestations of androgenic dermopathy will disturb.

Therefore, the idea of ​​limiting the upper limit of normal for total testosterone to 2 nmol/L for transgender men is necessary if we are to identify a person as a woman.

Another important condition is the mandatory use of a high-precision method for determining this hormone - tandem mass spectrometry (a method for studying and identifying a substance that allows you to determine the concentration of various components in it), since the widely used enzyme immunoassay (ELISA) method is unacceptable for determining low concentrations of testosterone.

In other words, the ELISA method cannot be used to detect total testosterone in women and children.

- So, the proposal of the Minister of Sports of Great Britain Nadine Dorris about the need to lower the upper threshold for testosterone levels and establish a transition age is justified?

If I were one of the experts who would decide whether to allow transgender athletes to compete, I would most likely agree with this initiative.

These are indeed extremely important factors.

Perhaps in the future, if more such people appear in sports, it makes sense to introduce two new categories for transgender people of both sexes in competitions.